A reconstruction of the Tuong Long Pagoda, which was built in 1058 under the reign of Emperor Thanh Tong of the Ly Dynasty, was unveiled in the northern city of Hai Phong on 19th November.

Chairman Hoang Xuan Minh of Do Son district, where the structure is located, said that the reconstruction work began in June 2008 and included a nine-storey pagoda placed on a square base with four stairs. 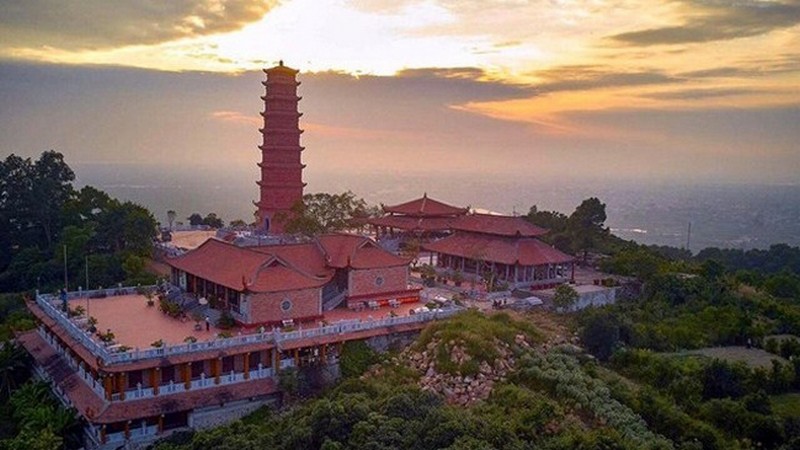 Inside the pagoda is an Amitabha Buddha statue sitting on a stone lotus base, while the area next to the pagoda is a stele house and an excavation site for storing many wooden and stone artefacts bearing the typical patterns of the Ly Dynasty. The remains of the original structure were already recognised as national heritage.

According to historical records, Emperor Thanh Tong ordered the construction of a pagoda when visiting the Do Son area and named it Tuong Long, meaning Auspicious Dragon after having a vision of a golden dragon in his dream. The original pagoda was 45 metres tall and built on top of hill roughly 100 metres above sea level, making it one of the highest towers at the time of its completion. In the past, Tuong Long was also used as a watch tower as part of an information transmission system in order to send warnings to the capital city if any suspicious foreign activities were detected offshore.

Since its construction nearly one thousand years ago, the pagoda underwent many renovations under the Tran and Le Dynasties but was demolished in the early 1800s to obtain bricks for the construction of the Citadel of Hai Duong.