(#wanderlusttips #travellove #ngotranhaian) All stumbled onto my first big journey when I went on a spontaneous trip with a few strangers. One of them had asked his friends to join the trip and we ended up forming a group of eight people who went on a wonderful adventure together. This initial trip ignited my passion for travel and inspired me to leave my footprints on every path in the country. The last 15 years are like a movie I can watch over and over again to experience past emotions come rushing back.

My first trip in 2001 started from Hoi An, where I crossed the 17th parallel and from there travel to the 1,000-year-old city of Hanoi. From there we travelled dangerous roads to reach the majestic mountains in the Northwest. This first trip full of naïve decisions, taught me valuable lessons. My following journeys would only begin after careful preparation and detailed planning. The Northwest impressed and overwhelmed me, and fuelled the burning fire of my youth. The further I ventured, the more I realised my lack of skills to explore such a place and I subsequently took shorter trips to closer destinations. I accumulated knowledge, made time, saved money for each trip and shared my passion with friends who have similar interests. As my journeys continued and seven years passed I left footprints throughout the villages in the Central Highlands, the peaceful villages in the South, and the charming beaches next to clear blue water along central Vietnam. One day, my instinct told me that it was time the Northwest met with my adventurous footsteps. 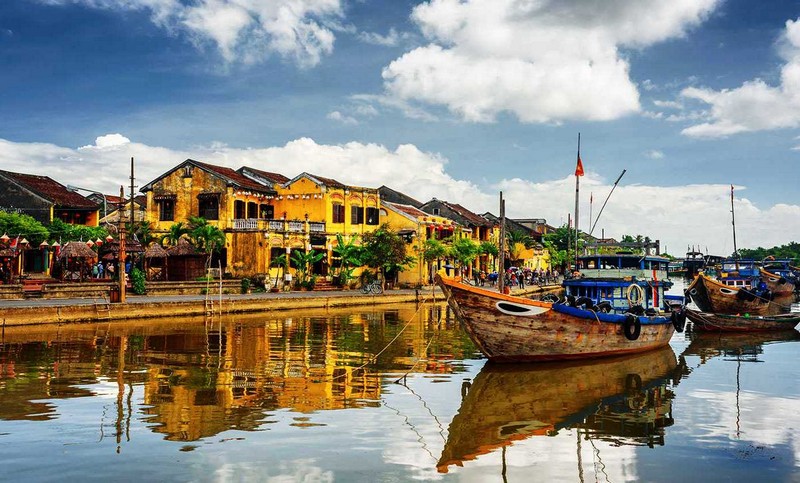 Pha Din Pass is like a thread, weaving through the reddish colour of the majestic mountains. Khau Pha Pass is charming, with its surrounding golden terraced rice paddies resembling a staircase from the valley reaching the sky. O Quy Ho is one of the most majestic mountain passes in Vietnam and you can stand among the vast sea of white clouds and witness the early morning rays of sunshine peak through the clouds to illuminate the villages in the valley.

I searched online backpacker forums and found an interesting piece of information. Every adventurer dreams of conquering the four poles and the peak of the country. My dream and goal were set. In October 2009, I conquered Mount Fansipan – the roof of Indochina, as well as Vietnam’s northern pole Lung Cu. When I stood alone among the immense landscape, I quietly let my emotions take over. My pride for my homeland had never been so strong. 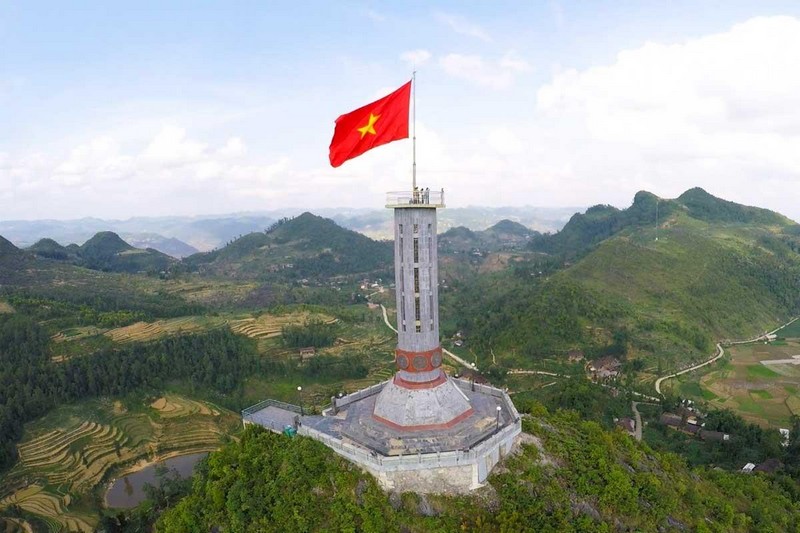 By now, the passion for travel has saturated my blood and I constantly think about future explorations of every part of the country. In February 2010, I continued my journey and conquered Vietnam’s west pole – A Pa Chai Milestone No. 0 – the border point connecting Vietnam, Laos and China. It’s difficult to describe the wonderful feeling I had when I reached the top of the mountain and all my fatigue disappeared. Milestone No. 3 stood in the immense landscape not budging. This country has persevered despite the immense bloodshed to protect it, so that I could proudly stand there. Among the vast landscape of mountains and clouds, I felt small, and my cravings to explore more places became even stronger.

In June 2010, I visited the country’s easternmost point. No other trip left me with such unforgettable feelings. During this trip I learned significant lessons from simple peasants.

Life is one big journey. And in October 2010, I once again stood between the vast sea and sky, this time on southern tip of Vietnam. There are no words to explain the beautiful landscape that day, the sea was clear blue, and the sky was filled with billowing clouds. Standing on a small cape overlooking the immense sea stretching into the distance, I once again was overwhelmed by happiness.

As fate would have it, my journeys continued to destinations I never knew existed. I went to Milestone No. 42, the second tallest of its kind, on the Vietnam – China border highway; Milestone No. 79, the tallest in Indochina; and explored many islands: Mai Nha, Thu, Thu Chu, Nam Du, Pirate Island, Hon Hai, Diep Son and many more. I will never forget the precious moments when you see a sea of clouds from a mountaintop, or watch the sun rise and set over the sea. 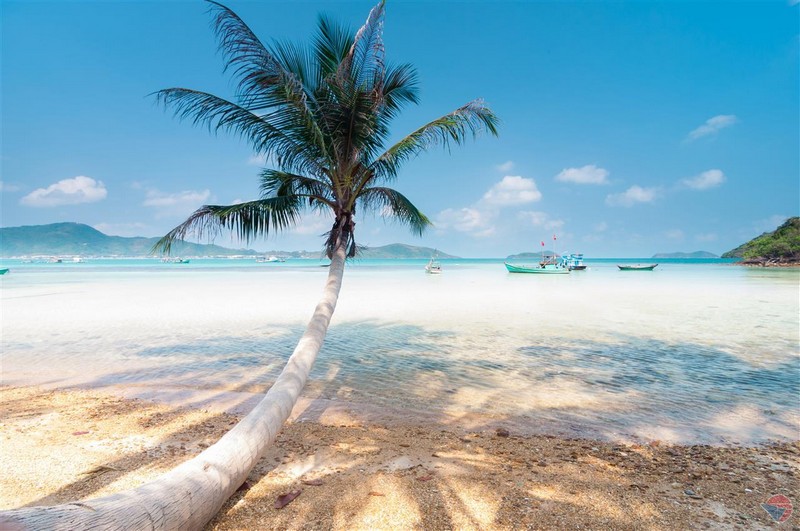 I do not remember how many journeys I have been on, but the most horrifying one I have experienced was with Nguyen (who later became my wife and travel companion). We were crossing the muddy, deserted road connecting Bao Lac and Thong Nong to reach Pac Po – Cao Bang on a stormy day. Our car was stuck in the mud, and it seemed impossible to escape. We were weary, and all of our energy had disappeared, I wanted to give up and let fate decide what would happen next. Fortunately, some H’Mong friends came to our rescue. Their warmth and kindness gave me the strength and faith needed to overcome the difficulties of this part of our trip.

Thanks to my adventures, I have started a career in journalism. Thanks to this interesting job, I have even more opportunities to travel, to explore distant lands and have ever more exciting experiences that go beyond anyone’s imagination.

Not only am I visiting destinations on my S-shaped homeland, but I also had the chance to expand my horizon to faraway lands including Malaysia, Thailand, Laos, Cambodia, China, and even the Mauritius remotely located in the Indian Ocean. My journeys continue and I keep collecting experience and new emotions.

Each place I visit is a piece of love that I fill my heart with.

Ngo Tran Hai An, who goes by Quy Coc Tu, was born in 1981 in Bao Loc, Lam Dong. Currently, he is a reporter at Zing.vn. He enjoys “taking the road less travelled”. His nickname Quy Coc Tu (or simply Quy) comes from a character of Chinese history. In the traveller’s community, he is known as a pioneer because of his frequent travels to explore new destinations. He is always willing to share his experiences and beautiful images with those who enjoy exploring new places. 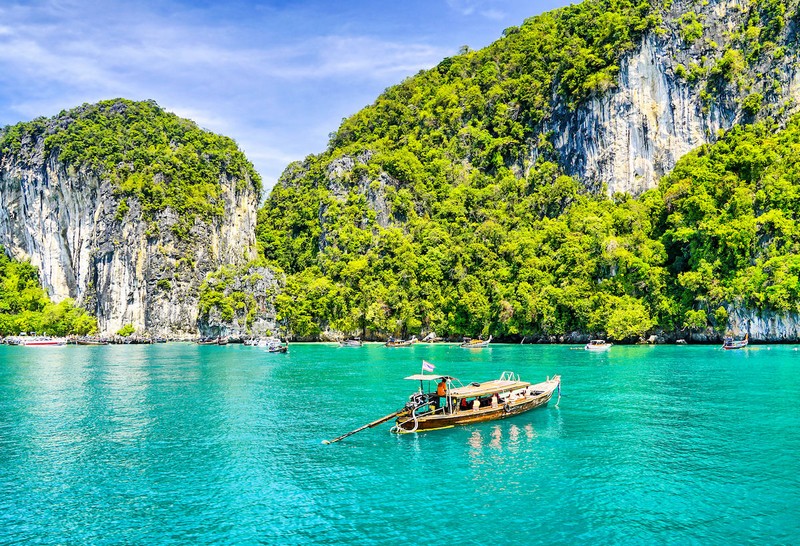 After 15 years of travelling, Hai An has left footprints on every path in Vietnam. It was during his trips that he found his soulmate who travels with him to every part of the country. He has been with his girlfriend for many years, and it is the exciting and sometimes even arduous journeys together, that really bind them together.

In becoming an experienced traveller, he has had many difficulties, especially the lack of support from his family who have been educators for generations. “Many people think that travelling is a vacation, but there is much more to gain, especially the personal growth and friendships. These are things no school can teach you,” Hai An says. That is the reason he believes young people should travel when they can. “It is the way to open your heart and opportunities will naturally come along,” he believes.

In 2016, his travel plans include exploring the north of Thailand filled with national forests and rugged mountains, a trip to mysterious Egypt, and experiencing the wild country of Kenya. Let’s await the stories of Quy’s future travels!