[Wanderlust Tips December 2017] If you have been fascinated by the sunset in manila sea or marveled at the Angkor Wat temple in Cambodia, you should not miss the masterpieces on stage that harmonize the past and the present. These performances are the historical essence of thousands of years filtered and demonstrated in ninety minutes, amidst the exciting and fascinating dances and music of the most special shows in Southeast Asia. 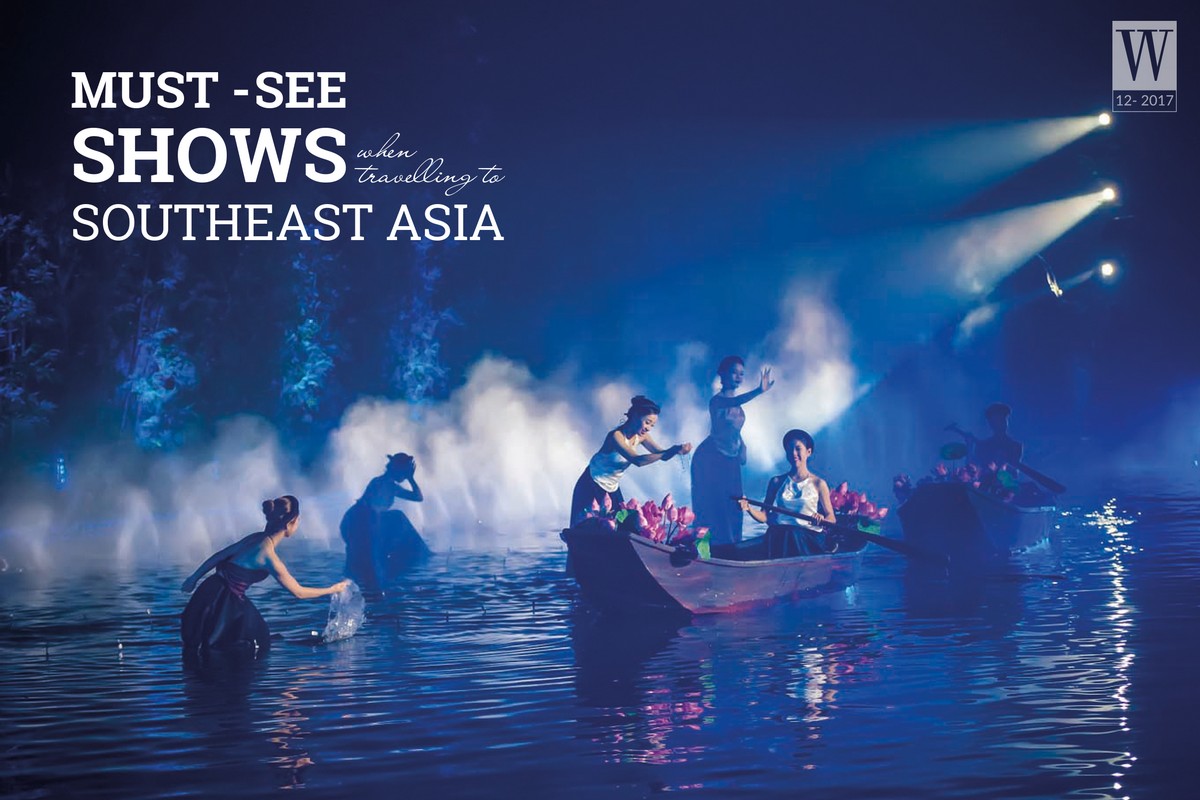 THE QUINTESSENCE OF TONKIN – THOUSAND YEARS OF CIVILIZATION

Located in Tuan Chau Cultural Park, with a huge lake in the Southwest of Thay Mountain, the art show named “The Quintessence of Tonkin” is performed amidst nature, harmonizing with the charming mountains and rivers of the Northern Vietnam, bringing the spirit of a sacred dragon through thousand years.

Taking a step towards the performing arts, The Quintessence of Tonkin recreates the Capital Moving of King Ly Thai To and the process of the building and naming the new Capital, Thang Long, as well as the mysterious story of monk Tu Dao Hanh who had reincarnated three times to help the human beings. The show also recreates the village culture with the activities of wet rice cultivation, examinations, festivals, singing and dancing with traditional musical genres such as Cheo, Xoan singing, and Quan ho singing.

The main stage of the show is the lake in front of the grandstand where an underground passage was built for the actors. All performances are staged and rehearsed meticulously for amateur actors to perform excellently. The floating stage in the middle of the lake is a special highlight, which is also the place for traditional water puppet shows. The sound, lighting and 3D mapping performances create outstanding and dreamy scenes during the show. Behind the stage, there is an image of Thay Mountain magically lit, so the stage seems to be a real life scene.

Like many shows in Southeast Asia, this show emphasizes on the elements of heroic historical epics, using traditional music and dances to tell the stories, reducing the language barrier. This is particularly true for The Quintessence of Tonkin, which is also performed by amateur actors, farmers, and students studying in music departments in Sai Son, Quoc Oai. They are the people that have created the spirit and soul of the performance featuring Vietnamese culture. 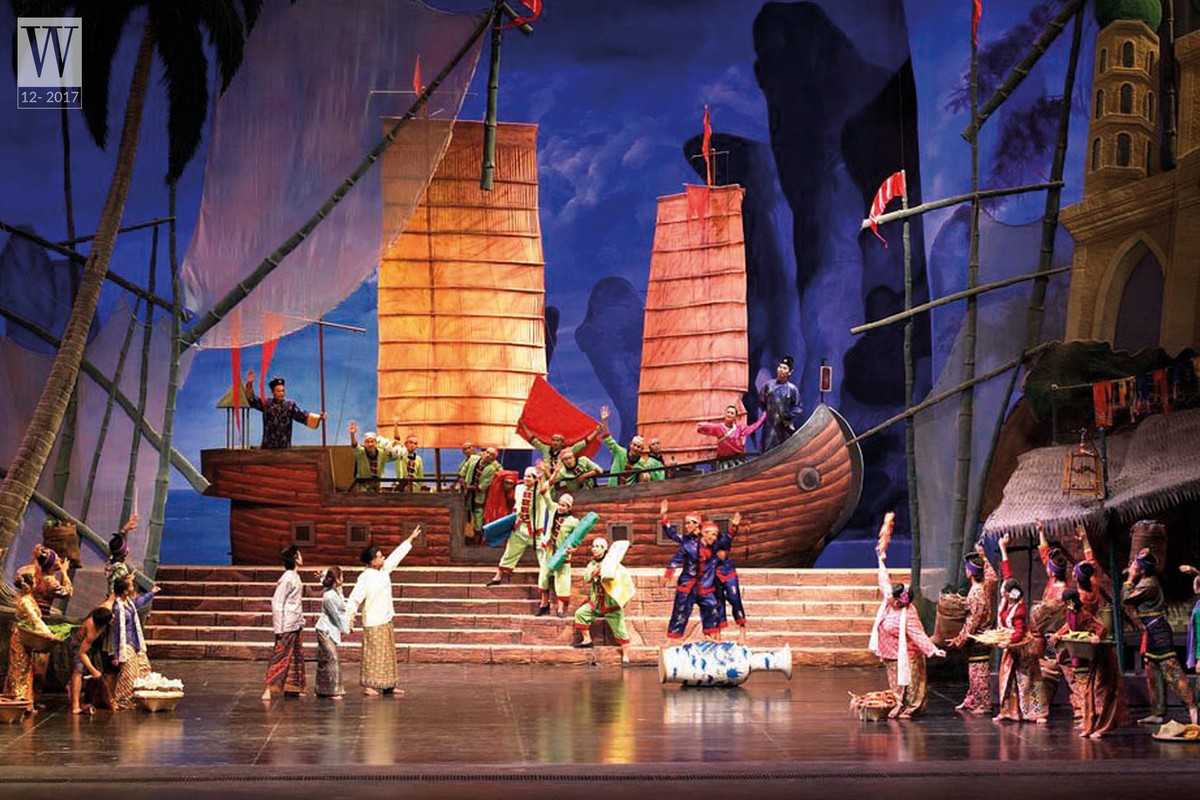 With over 700 years of modern history, Thailand is one of the most fascinating countries in Southeast Asia. Siam Niramit celebrates the glorious space of Siam hundreds of years ago with three main acts: “Journey Back into History”, “Journey Beyond Imagination: The Three Realms” and “Journey Through Joyous Festivals”.

The sparkling and fantastic scenes appear in turn on the main 11.95-meter-long stage, in the theater with the capacity of more than 2,000 seats. The show begins with the scene of the magnificent and splendor of Lanna dynasty and a parade of the Lanna King and Queen; the bustling and crowded scene at a trading port; the poetic plain scenery in Ayutthaya, and the Klong River winding, being performed on stage. Cultural festivals, local traditions, and festivals such as bamboo dances, folk songs, wet rice civilization and Thai boxing are all reconstructed lively on the stage. The next two scenes give way to the mysterious setting explained with the images of Hell, the gateway between Heaven and the Himmapan, and Blissful Heaven. The Siam Niramit show ends with bustling scenes of festivals including Ordination Ceremonies, the Phitakhon Ghost Parade, and Loy Krathong.

When you arrive in Thailand, Siam Niramit is a must-see show for you to understand Thai culture, and relive the most majestic historical scenes of Thailand’s formation and development. And do not forget to arrive at the show a little early to take photos around the stand. There will be a small-scale model of Thai village for visitors to play with elephants and take pictures with the characters on the show. 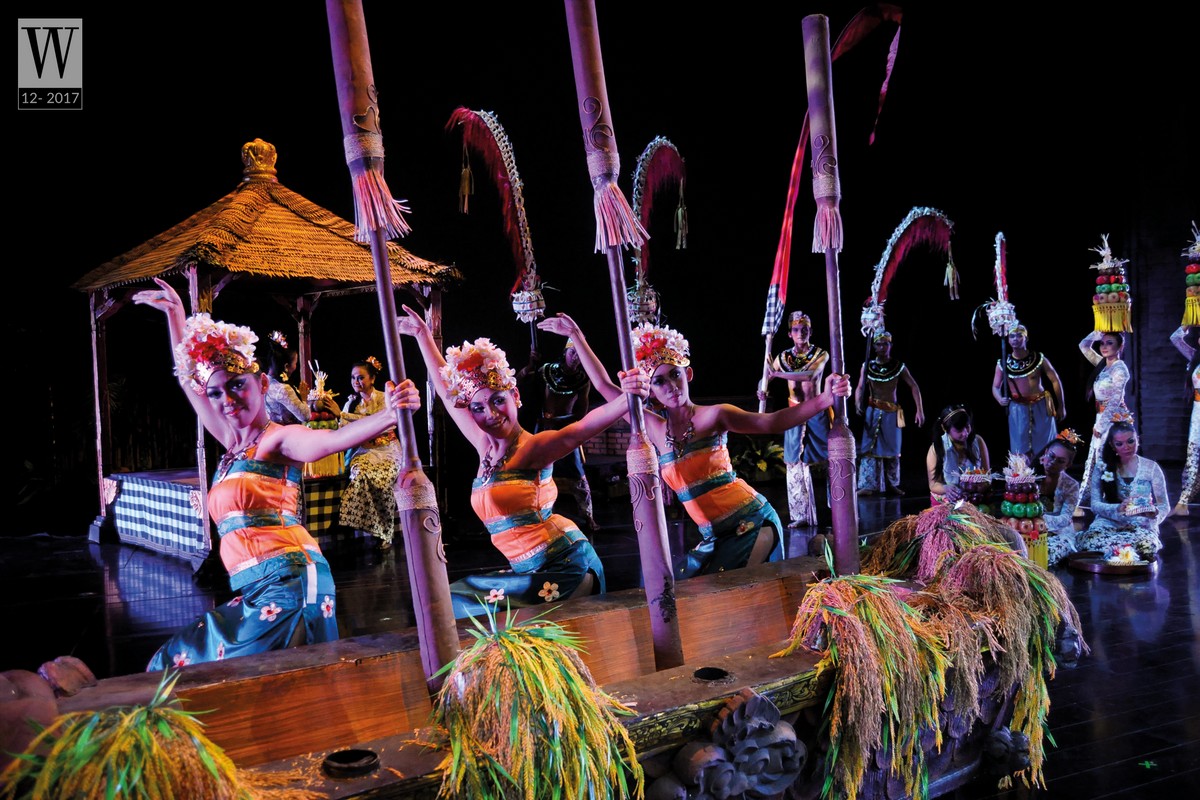 DEVDAN – THE GRACE OF GOD

Devdan is the combination of two words “Deva” and “Dhana”, which means “the Grace of God” in Sanskrit. This is a unique show in Bali, Indonesia. Devdan tells the formation as well as the unique and distinctive culture of Indonesian islands such as Bali, Java, Sumatra, Borneo, and Papua.

Devdan tells the story of two visitors travelling to Indonesia and discovering a magical treasure that helped them to travel through Indonesia’s islands. Then, each island appears in a variety of different art forms such as Bali’s traditional dance named Lesung, the puppetry in Java island’s performance, the smooth rhythmic Saman dance of Sumatra island, the Papua’s body painting art, and the aerial circus performance of Borneo Island. Each performance appears with skillful combinations of sound, lighting, fire, water, smoke effects and techniques. The dancers on stage wear delicate traditional attires.

Devdan introduces Indonesian culture to visitors who travel to the country but do not have much time to go outside Bali. Devdan is performed at Bali Nusa Dua Theater with its capacity of over 700 seats. This is an indispensable leisure activity when you visit Bali. 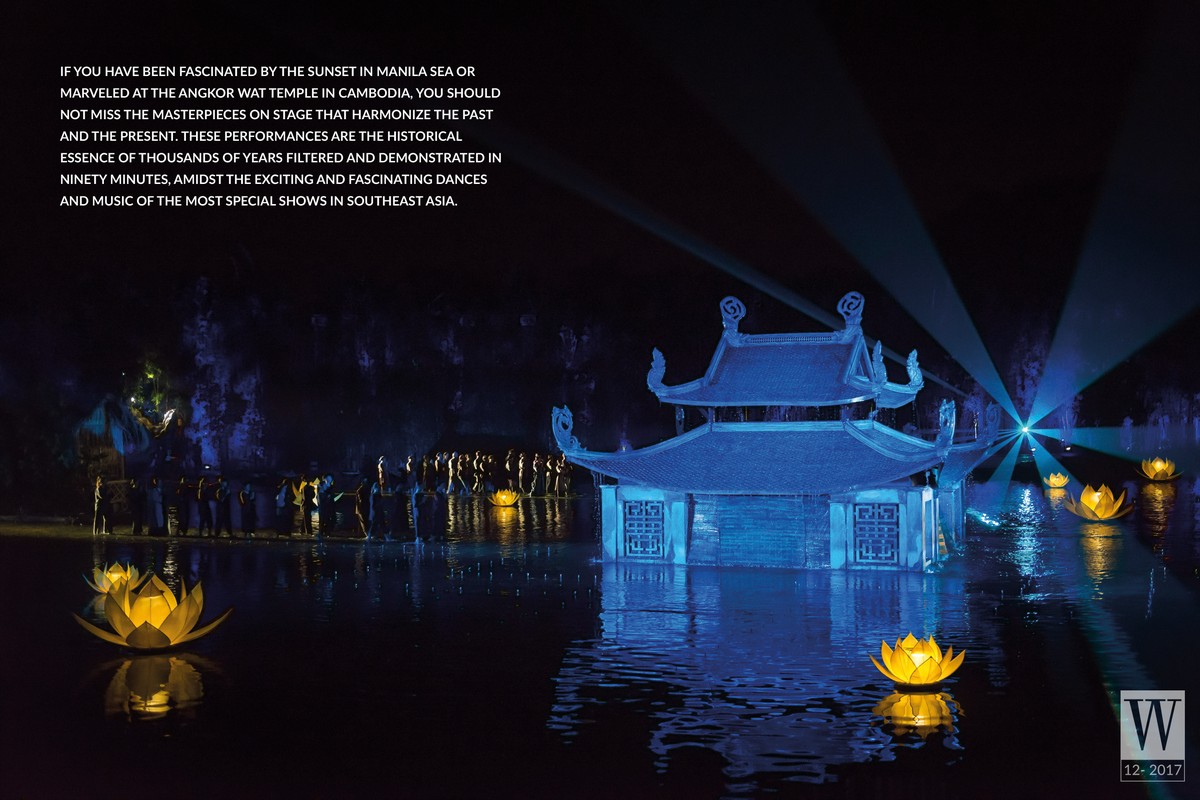