[Wanderlust Tips July 2018] British-born American novelist Pico Iyer wrote in his wonderful piece of writing: “Travel is like love, mostly because it’s a heightened state of awareness, in which we are mindful, receptive, undimmed by familiarity and ready to be transformed.” There is nothing more wonderful than exploring the world with your dearest love, to be loved, and get deeply connected. Let’s take a look with Wanderlust Tips at the 5 most popular travel couples who have inspired young people. 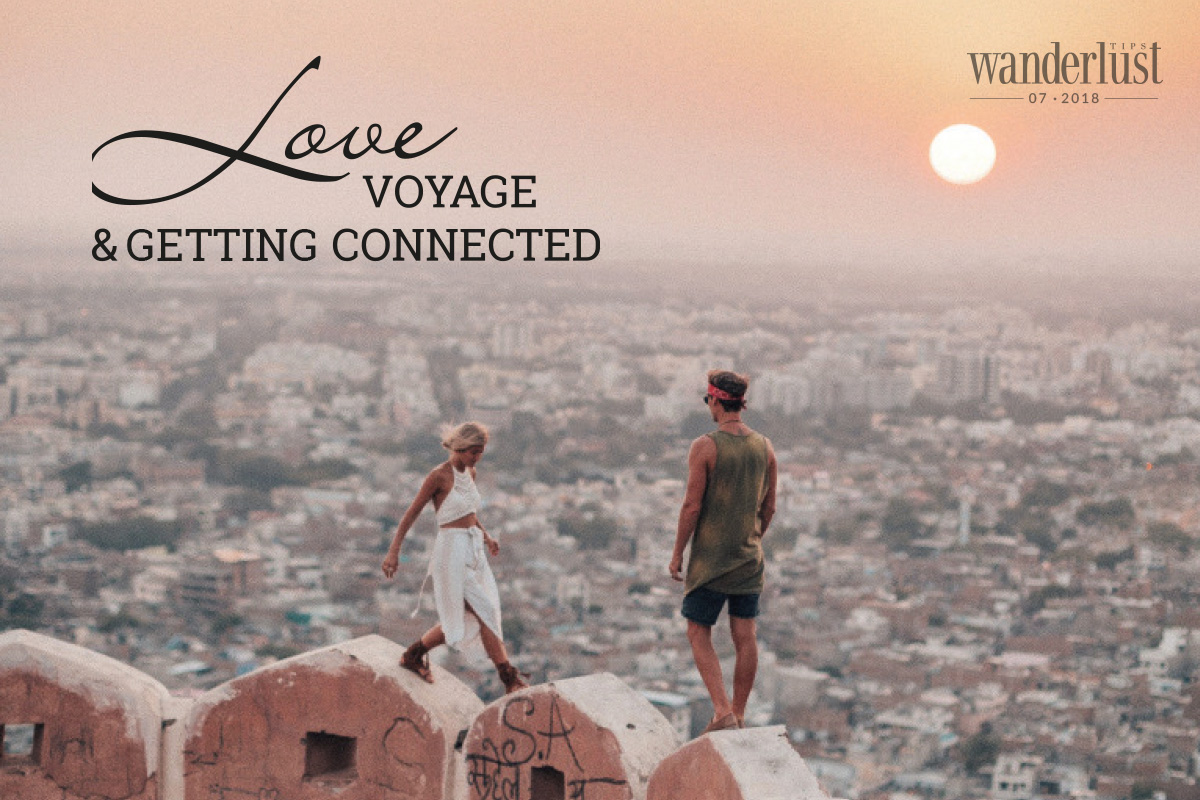 Jack Morris and Lauren Bullen are living a life that many people dream of. Not only do they earn a lot of money from travelling around the world, but they also find their true love in such journey. After quitting his five-year job in the UK, Jack Morris decided to book a one-way flight to Bangkok and started his first trip in 2012. Currently, at the age of 28, he is one of the most powerful influencers in the travel community with 2.8 million followers on his Instagram account doyoutravel. Lauren, his partner, a 24-year-old Australian freelance photographer, also has 1.2 million followers on Instagram account gypsea_lust. 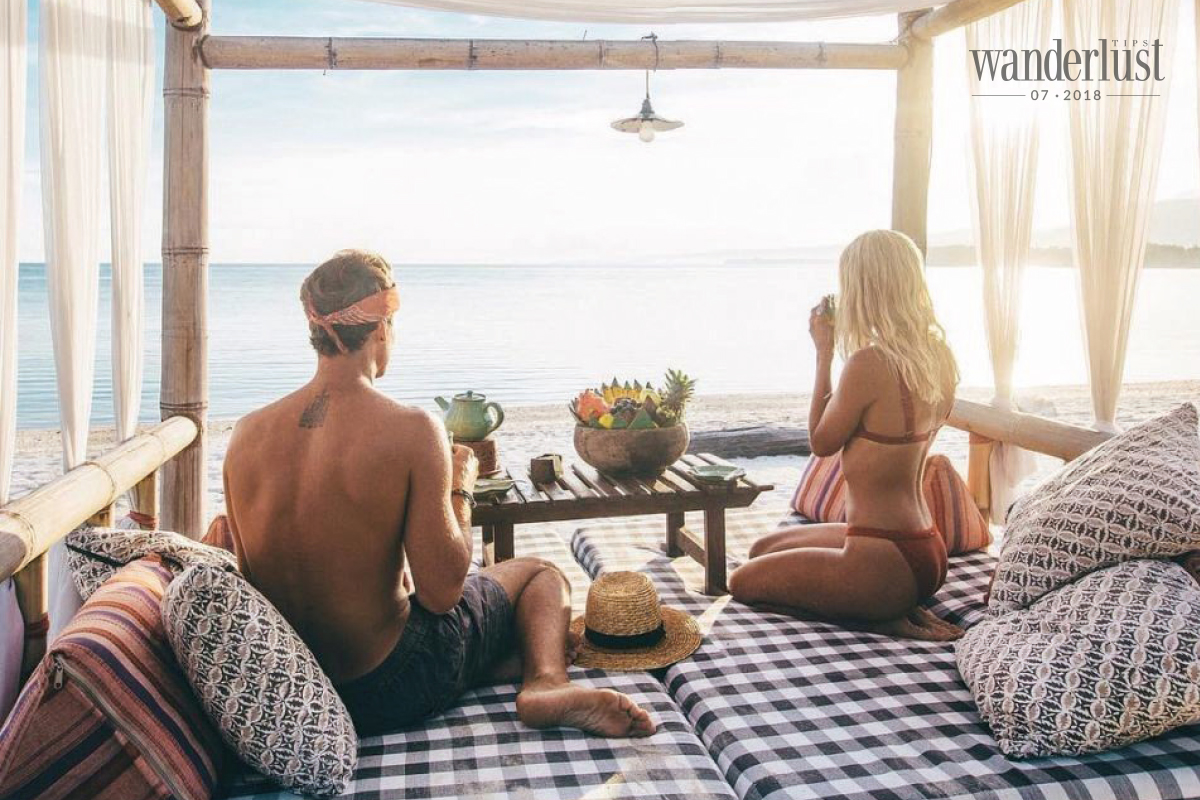 Jack and Lauren met for the first time when they were invited to take part in an Instagram project of Fiji Hotel and Tourism Association in March 2016. After days spent together, on the last day in Fiji, Jack asked Lauren to accompany him in future journeys. Jack and Lauren have become an inspirational travel couple of the travel community.

One of the special features that make this couple become attractive is their photos featuring the harmonious combination of composition and colours emanating from the elegant and romantic sense of love. Famous brands like Tiffany & Co and travel agencies once had to pay from USD7,000 to USD9,000 for each picture posted on Jack and Lauren’s Instagram accounts. So far, they have travelled to more than 20 countries around the world including Indonesia, Thailand, Sri Lanka, Maldives, England, Italy, France, Turkey, Spain, Morocco, New Zealand, Hawaii, America, India, and Dubai. 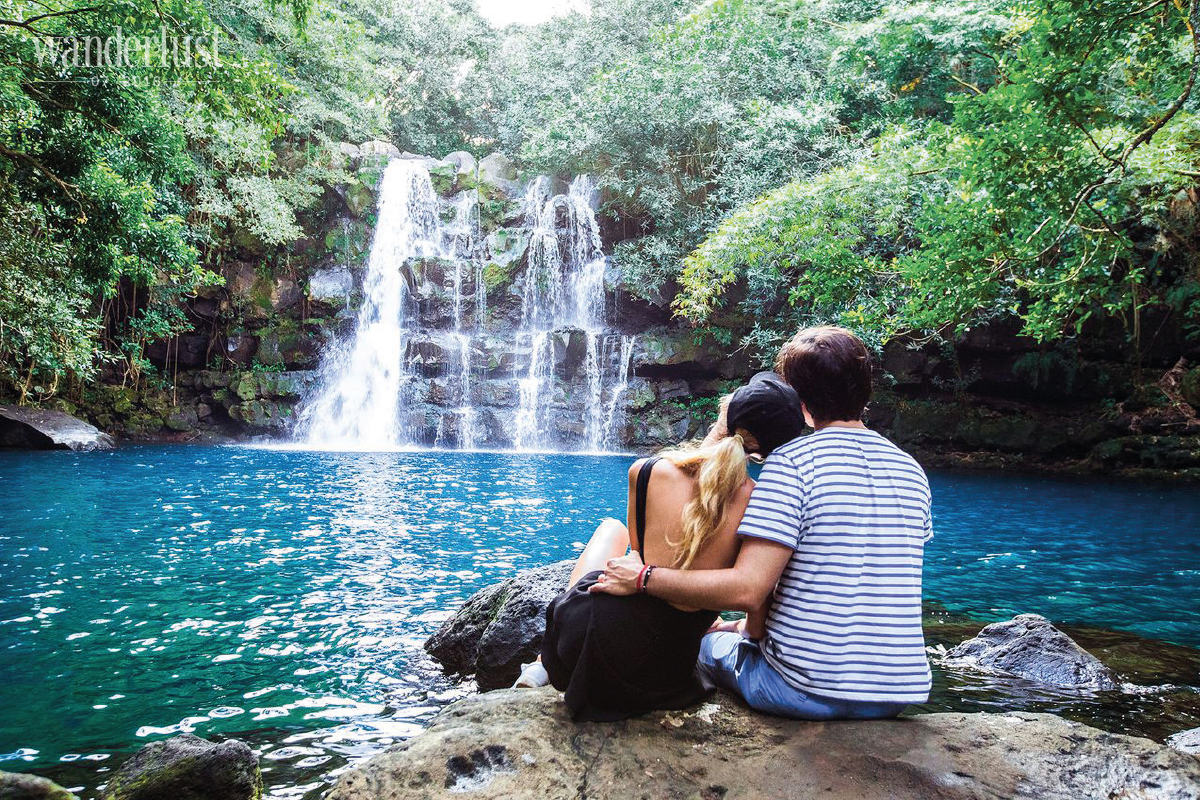 Born and raised in Russia, Murad Osmann has pursued his photography career since he was 19, while Nataly Zakharova studied journalism and later worked in Moscow.

She is Murad’s source of creative inspiration and also his companion on every journey. The first picture of their album named “Follow me to” was captured in Barcelona, Spain in October 2011. Osmann recalls: “Nataly often feels annoyed when I only focus on taking photographs. So she holds my hand and pulls away.” From such accidental moment, they came up with the idea of “Follow me to”, which soon became a favourite trend among young people. 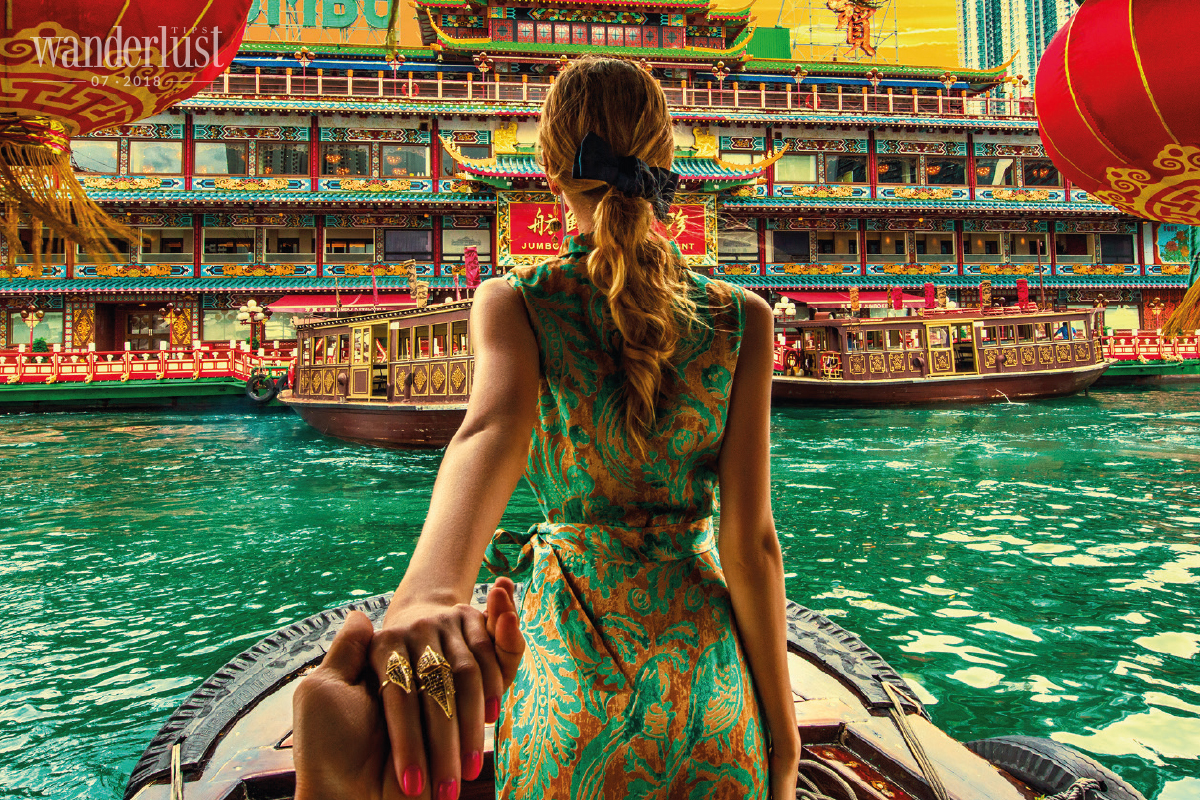 Murad and Nataly Osmann have collaborated with well-known brands such as Google, Macy’s, Samsung, or National Geographic, and successfully organized photo exhibitions at Time Square and Art Basel, the USA. One highlighted feature of the “Follow Me To” collection is that all pictures were set up carefully so that they could not only show the true beauty of the sceneries but also bear cultural values when Nataly Osmann dressed up in the traditional outfits of each country. 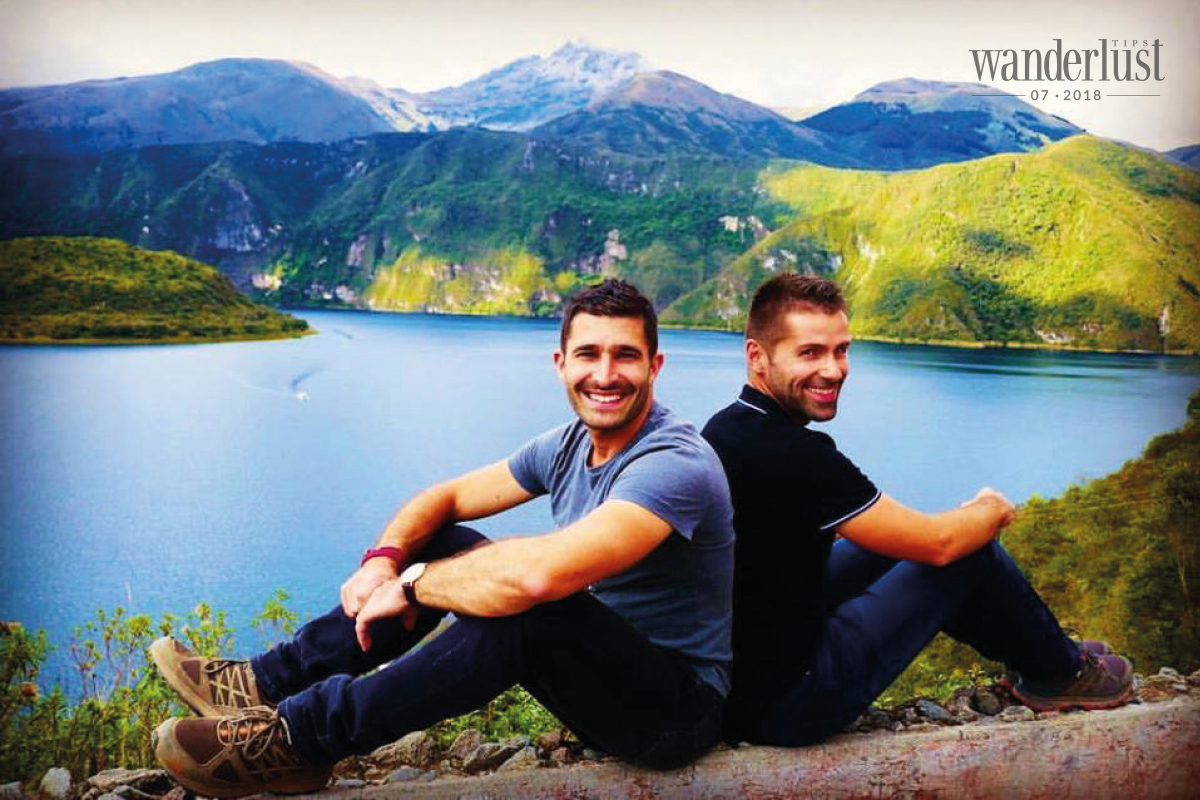 Although there are fewer followers than on the Instagram accounts of Murad and Natalia Osmann or Jack Morris and Lauren Bullen, Stefan and Sebastian’s Nomadic Boys with 100,000 followers not only transmits the message of love and travel passion but also becomes a source of motivation and inspiration for the LGBT community in the UK in particular and the world in general. LGBT is an initialism that stands for lesbian, gay, bisexual, and transgender. Stefan is a former lawyer, of Greek Cypriot origin, born and raised in London. He has a great passion for travel, food, and adventure sports; so far he has travelled to 60 countries around the world. 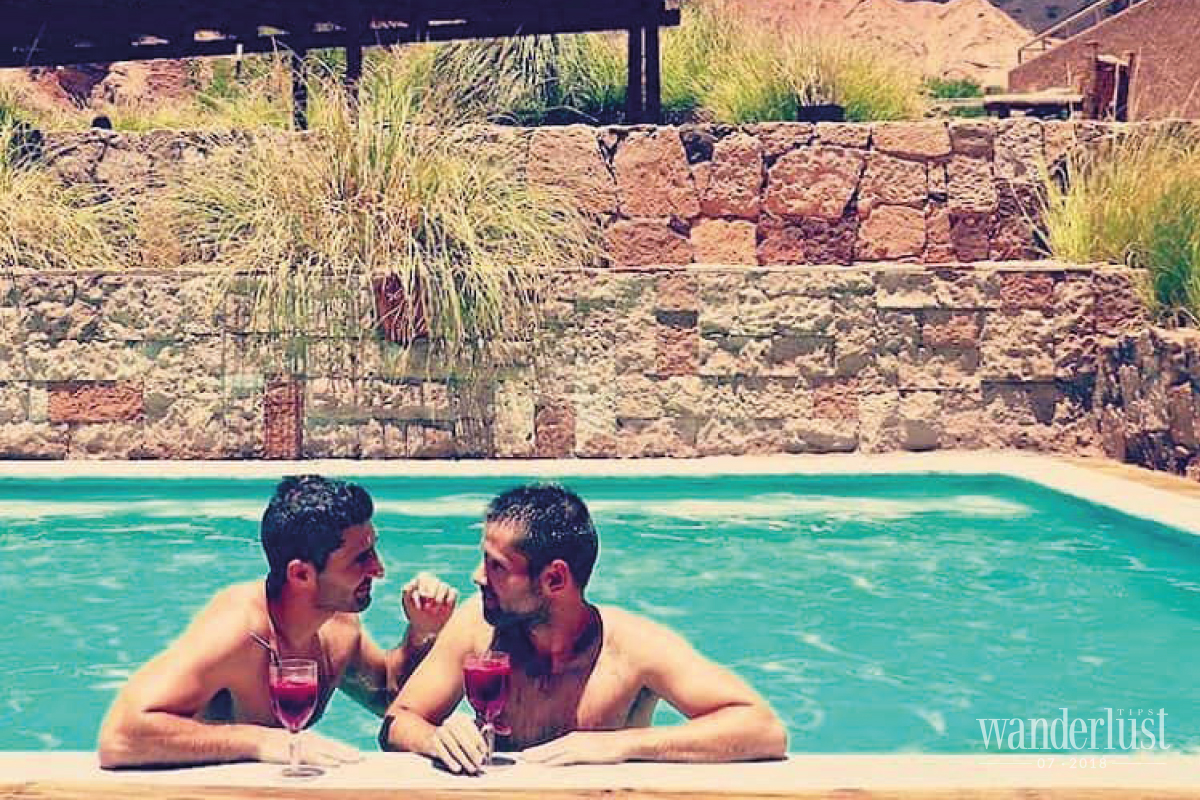 Meanwhile, Sebastian is an IT geek originally from France. They first met in February 2009. After five years living in a small apartment in London, in June 2014, Stefan and Sebastian decided to give up their 9-5 job, planned to travel around the world, and built their blog Nomadic Boys as a platform to record their experiences and memories in many countries such as Russia, Mongolia, Japan, Nepal, India, Maldives, Sri Lanka, Italy, and many more.

On each trip, they always tried to find a way to support the LGBT community, especially in anti-gay countries like India, Russia, the Maldives, Sri Lanka, Kenya, and Indonesia. Stefan and Sebastian said that despite the difficulties they had to face in these countries, they were eager to share their eight years together with more people.

Looking at the pictures of Follow Me Away project undertaken by Victoria and Terrence, we are immersed in the fantasy world of Andersen’s fairytale. The 27-yearold photographer born and raised in New York city and the 23-year-old young woman pursuing a career in modeling in the beautiful city of Paris have written a modern fairytale by the collection of photographs bearing mysterious colors of ancient mansions and snow-white forests in Northern Europe. 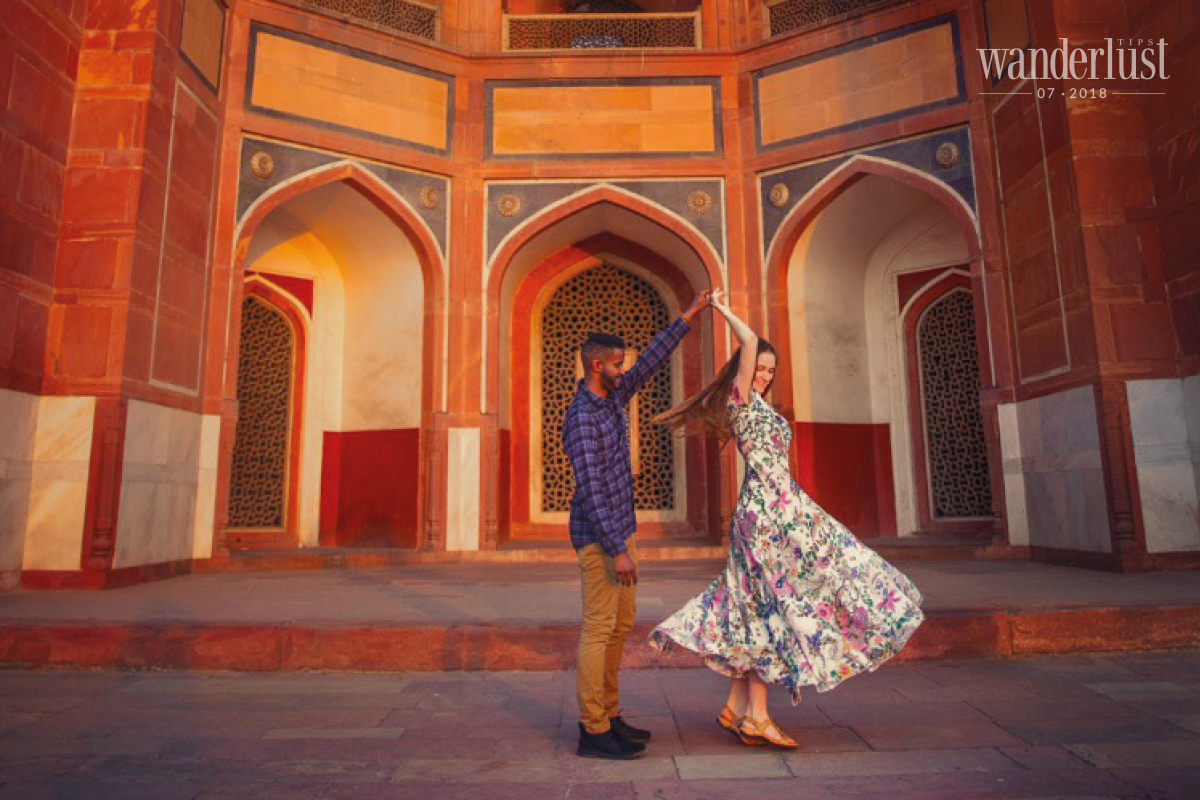 After their first meeting in April 2014 in Europe, over the four years, Victoria and Terrence have gone from being virtually unknown to becoming leading influencers in the travel industry, especially in the US, with nearly 100,000 followers on Instagram. They have worked with many well-known brands in the travel industry including famous airlines, cruises, hotel chains, and tourism board of many countries such as Alaska Airlines, Expedia, JW Marriot, Walt Disney, Travel Oregon, Mitsubishi or Tourism Toronto, Tourism Ireland, Nuvavut Tourism, and Tourism Vancouver. 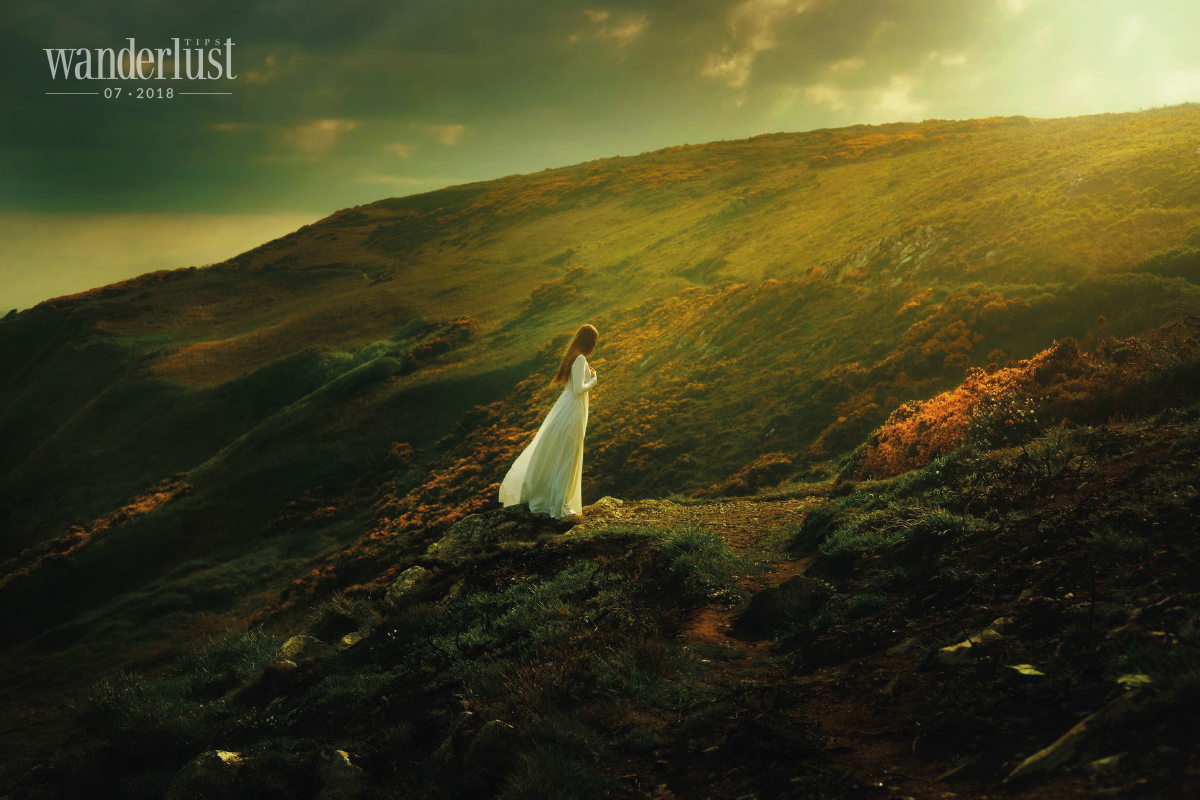 The highlight that makes Follow me Away project different and outstanding, besides the majestic and wild natural scenery, is Terrence’s classic beauty with her golden hair, in a splendid long dress; she looks like a princess who has just stepped out of a legendary fairy.

The blog posts in the blog Bruised Passports of Savi and Vid will probably make people remember the famous article entitled “What does this world need more of?”by Lawrence W. Reed, the president of the Foundation for Economic Education (FEE). If someone asks what factors the world may need, perhaps Savi and Vid are one of those. 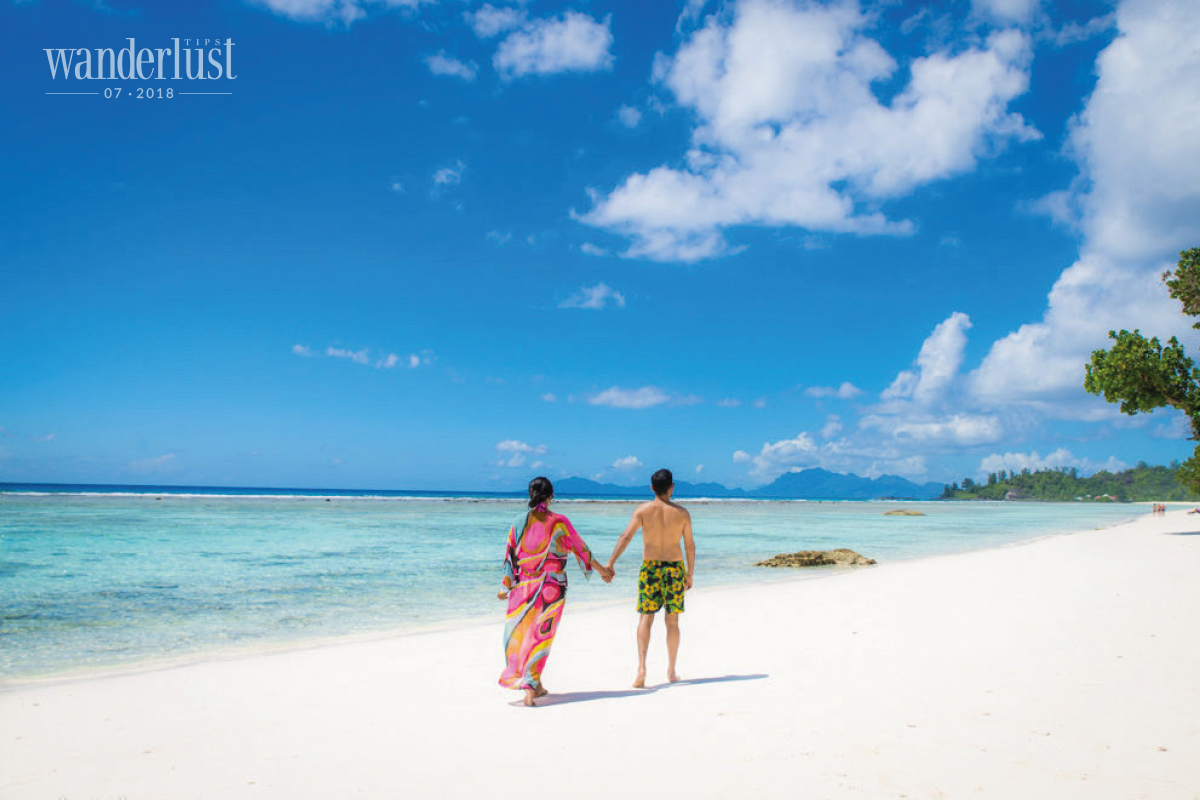 Savi is an Indian journalist who studied a Ph.D. in Visual Arts and Literature in the UK, and Vid is a professional photographer. The couple met and fell in love while they were in high school and got married in 2008. So far, after 12 years of companionship, they have travelled to more than 80 countries, and currently have 228,000 followers on the Instagram account bruisedpassports. Savi and Vid have won many prestigious travel awards and got featured on famous television programs and magazines such as BBC Good Food Magazine, National Geographic Traveller, Lonely Planet, Discovery Channel, and CNN News. In September 2017, they were invited to deliver a talk for Ted Talks to share their lifecreating experiences. Ted Talks is a talk show where speakers and experts from many fields share knowledge. 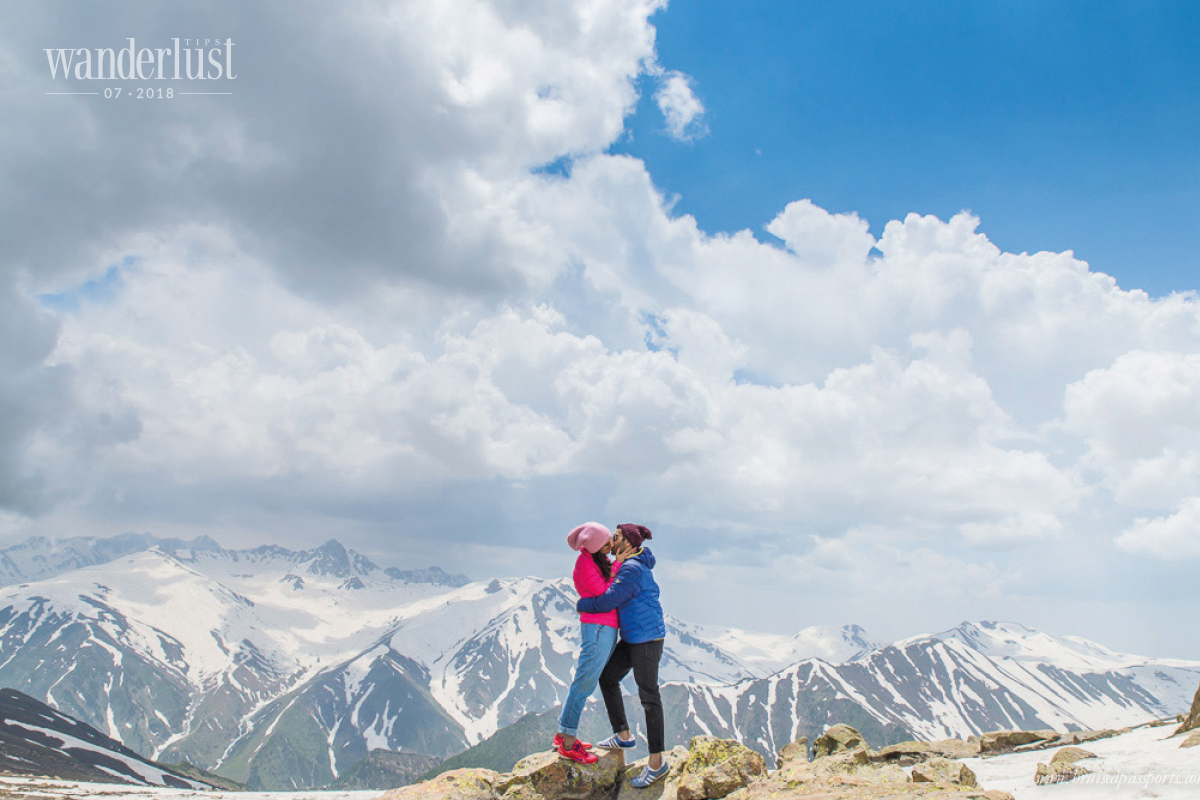 It is no surprise that Savi and Vid have gained a lot of interest. They both grew up in intellectual families, and although growing up in the Indian society with intense gender bias, they tried to shape themselves with positive lifestyles and a passion for travelling, exploring the world, and going beyond their limits. On their personal blog, Savi said, “We spend over 8 hours every day penning detailed destination guides, clicking high-quality photographs, answering all of our readers’ queries, and responding to every comment on social media. It’s time-consuming but we love every bit of it because we are passionate about travelling, writing, and sharing our experiences.”