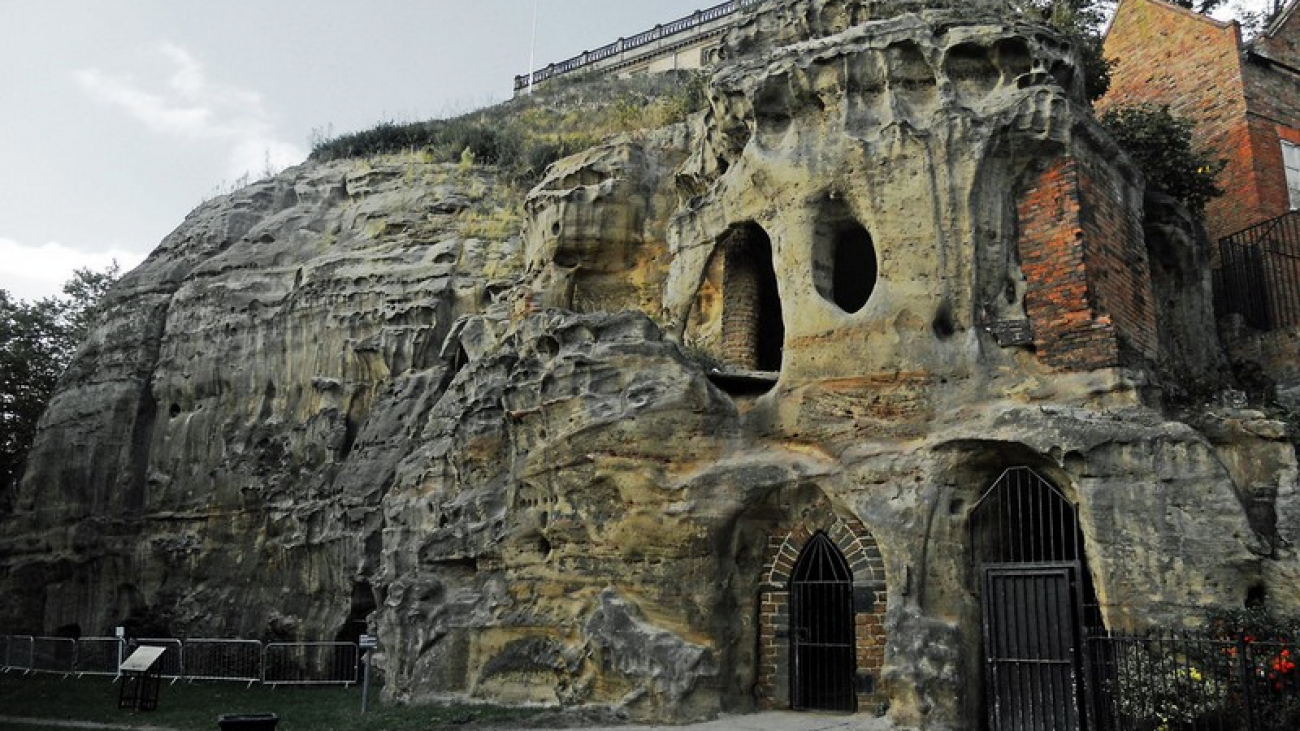 (#wanderlusttips #Nottingham) The sandstone rock, which shaped low hills to the north of the River Trent of Nottingham city some 230 million years ago, has unusual dual quality of strength and softness to be excavated and built into houses by the earliest inhabitants of this land, creating hundred of housed-caves under the ground.

They found that it was easier and cheaper to create dwelling space by excavating into the foot of the sandstone cliffs along the edge of the Trent floodplain, than build houses above ground. Indeed, Nottingham was once known in the Brythonic language as Tigguo Cobauc, meaning “Place of Caves”, and was referred to as such by the Bishop of Sherborne Asser in the 9th century. 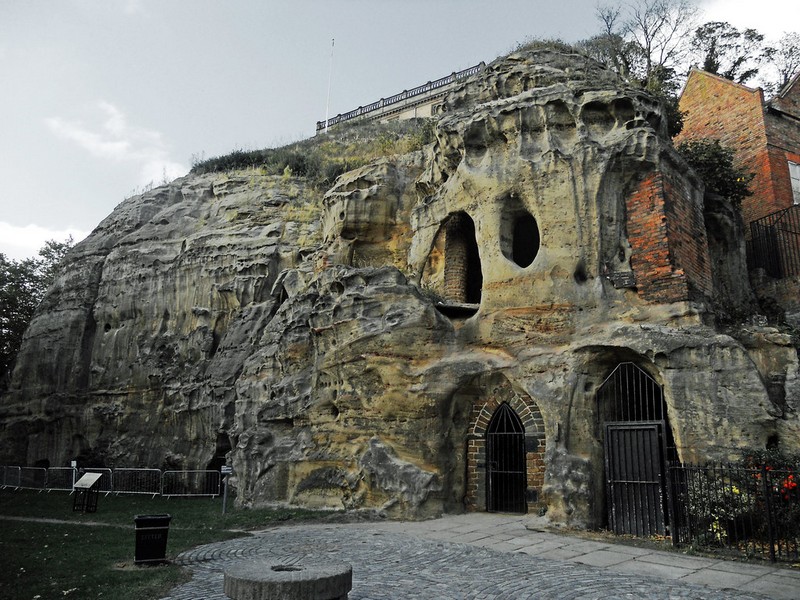 None of these early caves exist today. They have either collapsed are weathered away by erosion. But there are still hundreds of caves under the modern city of Nottingham, saying around 540 caves. The earliest of these caves are thought to date from the 12th century, and a small number of them were dug after 1850. These caves were used as houses, as cellars and as places of work by various inhabitants of the city. Candle makers, bakers and blacksmiths loved them because these tradesmen could build hot fires without worrying about their workshops setting on fire and without having to damp down or cover their fires each night as was required because of the curfew orders in place at the time.

During the Industrial Revolution, large number of people came to Nottingham looking for work and landlords began housing families in caves, sometimes in pretty appalling conditions. Entire families slept and ate in a single room. Sanitation was poor and the caves became breeding grounds for cholera, tuberculosis and smallpox. It was one of the worst periods in the history of Nottingham. In 1845, the renting of caves and cellars for use by the poor as homes was made illegal, but the practice could not be entirely eradicated. People were still living in them until the first quarter of the 20th century. During the Second World War, the caves became air raid shelters. 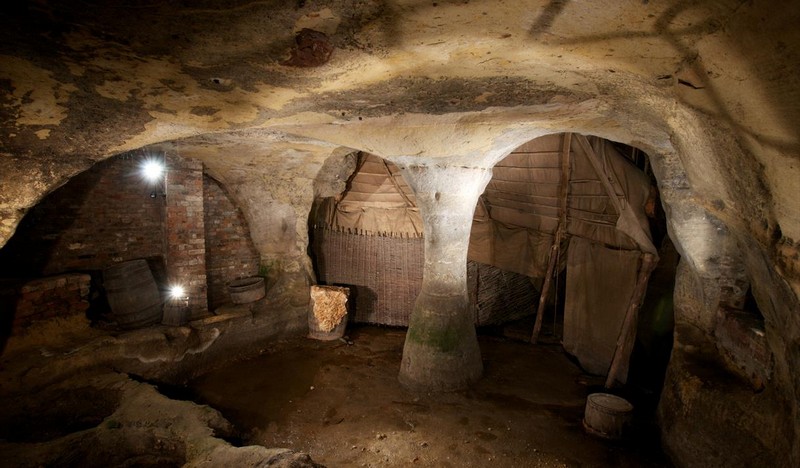 Only a handful of the caves are in use today. The pub called “Ye Olde Trip to Jerusalem” which is rumored to be one of the oldest pubs in the country is partly built into the cave system. Another set of caves function as indoor rifle range of the Nottingham Rifle Club.

A section of the cave network under the Broadmarsh Shopping Centre is now open as a tourist attraction.