If you have never experienced haute cuisine, especially on a luxury cruise in Halong Bay, Haute Cuisine on High Seas – the convergence of essence – is an event that gourmets cannot miss. 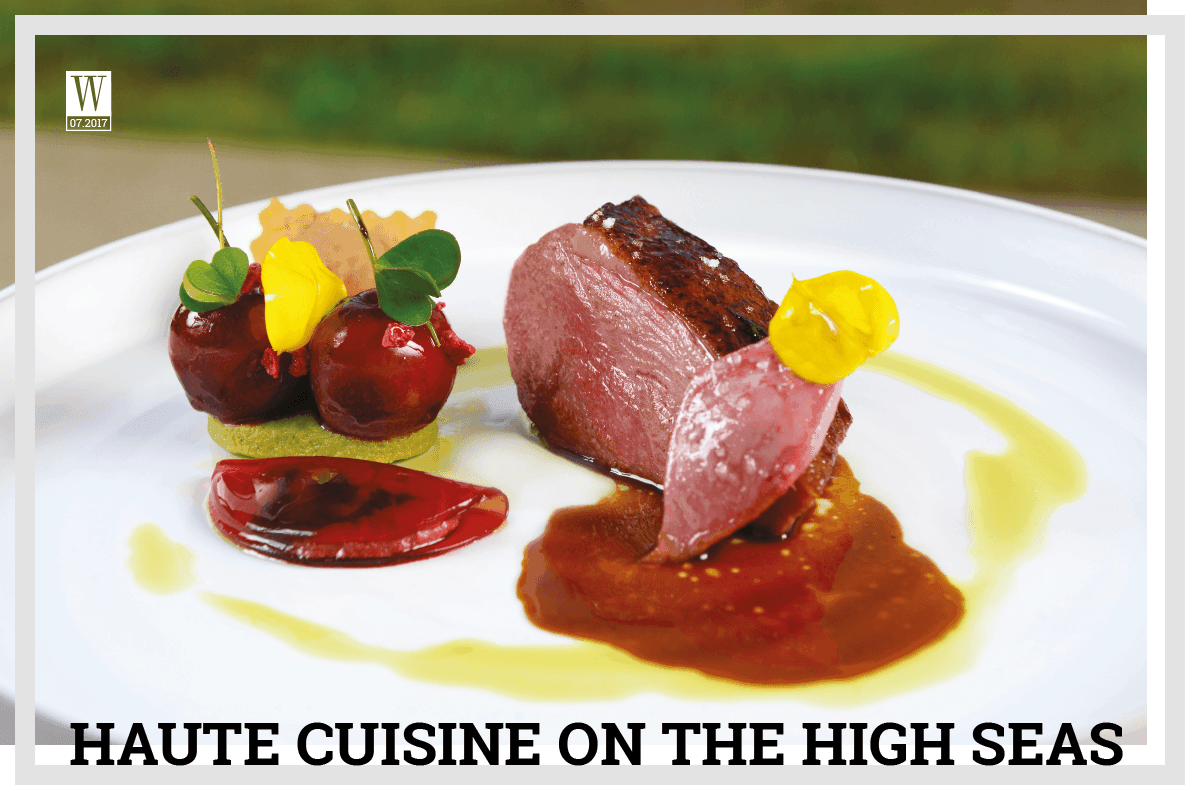 Getting a Michelin star is the true dream of every famous chef in the world, as this award for culinary arts’ reputation is like the Oscars in film industry or the Grammys for music. And the French chef Thierry Drapeau is one of the few top chefs in the world to be awarded 2 Michelin stars. Drapeau’s dishes are inspired by his culinary homeland Vendée, which created his famous cooking style called “food from Mother Earth”.

Thierry Drapeau has nurtured his dream to become a famous chef when cooking with his father in the kitchen as a young child. At the age of 21, he was appointed Chef de Partie at Le Bateau Ivre, a 2 star Michelin restaurant. He went on to work for other Michelin-starred restaurants including Courchevel and L’Escale before returning to Vendée in 1996.

At present, Thierry Drapeau is the owner of La Chabotterie in his hometown of Vendée, in western France – a high-class restaurant with scrumptious dishes served and revered by gourmets and devotees of pure French cuisine. His restaurant got its first Michelin star in 2006, followed by the second in 2011. 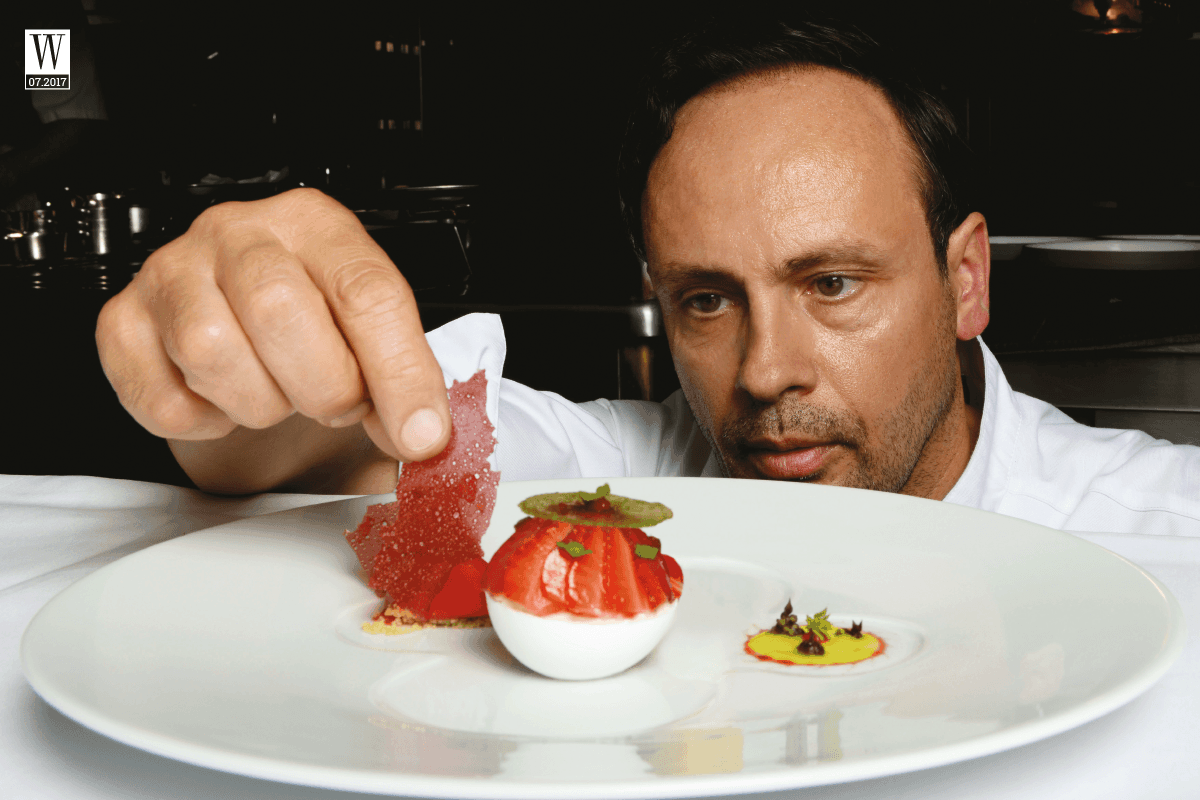 Every restaurant at this level is a different world where a chef can indulge in creating and transforming flavours. Drapeau’s culinary world is full of colourful dishes. He often uses vegetables with different colours to decorate and highlight the feature of the main food. His culinary world is full of the flavours of the Vendée region, harmonising with his memories from each journey, including Vietnam where he visited many times and which is a destination Drapeau has fallen in love with.

AN ADVENTURE WITH CHEF THIERRY DRAPEAU

In the culinary world, the Michelin star is one of the most prestigious awards evaluating the quality of a restaurant and the talent of a chef. Therefore, even if people must often book a place at a Michelin-starred restaurant a year in advance, millions of diners still dream of enjoying scrumptious food at these honoured restaurants. In Vietnam, it is more difficult because very few luxury cruises or high-class hotels are famous enough to invite such culinary artists to cook at their places. For these chefs, cooking is a performance, and the dishes they cook as well as the places they come to mark their reputation.

The Haute Cuisine on High Seas event taking place on the Paradise Elegance on 23rd August is not only an event for the elite willing to pay, but also a convergence of delicate souls and top gourmets. At the event, diners will have the chance to talk with the famous chef Thierry Drapeau, as well as enjoy French food cooked by this talented chef.

Dubbed the cradle of European cuisine, French cuisine attracts diners with its sophistication in its cooking process. Known as one of the top French chefs, Thierry Drapeau will perform his distinctive cooking techniques to create the wonderful dishes associated with his fame. Steak tartare with fresh oyster and avocado mousse, baked hake with bay leaves and saffron and smoked lamb ribs with spiced lamb shoulder are some of Thierry’s most famous dishes and guests can enjoy them on Paradise Elegance. 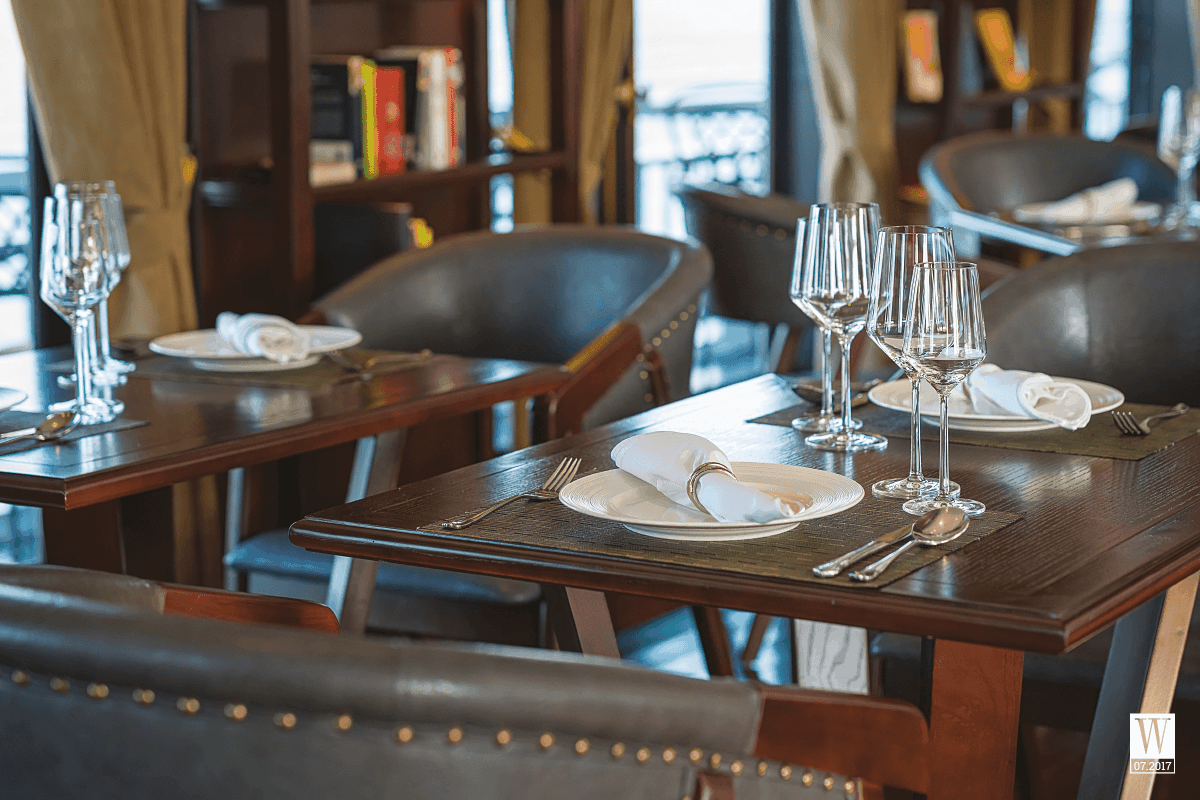 Haute Cuisine on High Seas is a meeting place for France cuisine, the essence of culinary culture of the Old World and high-class wine of the New World provided by Trivento – the most famous and long-standing wine producer in Argentina. Trivento’s wines have a silky yet fresh and mildly seductive aroma, often extracted from ripe fruits and oak bark, which promises to make even the most demanding visitors fall in love. There are no diners who could resist the soft, sweet taste of steak tartare accompanied by the harmonious aroma of ripe cherry, smoky coconut and blue-cherry of the famous Trivento Eolo Malbec 2013. Strong yet fresh fruit flavours mixed with traditional bitter and soft sweet tastes makes anyone who drinks this luxury wine enjoy its smooth and unforgettable aftertaste.

The harmonious combination of the delicate classic interior style and modern decoration makes Paradise Elegance a luxurious and elegant beauty and this will provide the perfect ambiance for the scrumptious food prepared by chef Thierry Drapeau, which will satisfy all your senses. Thierry Drapeau’s cooking show on Paradise Elegance is a rare opportunity for you to admire the sophistication of Michelin-starred culinary art.

Thanks to meeting all the international standards of modern equipment and sanitary conditions, Paradise Elegance is able to welcome chef Thierry Drapeau to perform, as the kitchen is the place for this culinary artist to create and transform tastes.

When the culinary adventure with Thierry Drapeau comes to the end, the Piano Lounge will welcome visitors with exciting melodious music and the strong flavour of Armagnac XO Larressingle Carate served in the shimmering smoke of the best Cuban cigars.