Contrary to popular assumption, Nepalese food is one of the most attractive aspects of their culture. They provide a variety of foods that are a mouth-watering combination of excellent flavors. Nepalese cuisine draws inspiration from its neighbors, India, Tibet, and China.

Nepal is well-known not just as a renowned trekking destination, but also for its diverse range of exquisite culturally distinct dishes. 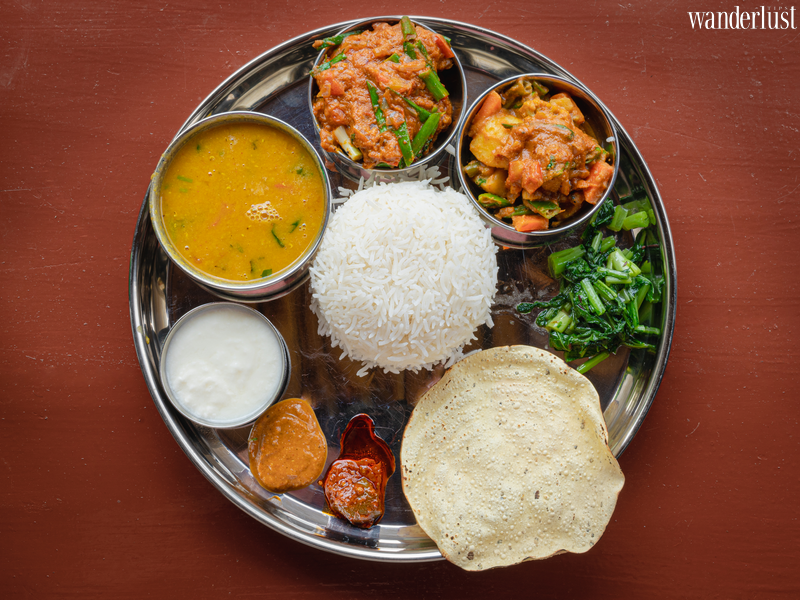 Nepalese cuisine differs from those of Western fast-food restaurants. Because of their distinct flavors, the Nepali dishes are well-liked by the general public. Each course entices you to consume more and more. Nepali cuisine is more than only ‘Dal-Bhat.’ The food is heavily influenced by Nepal’s many ethnicities. 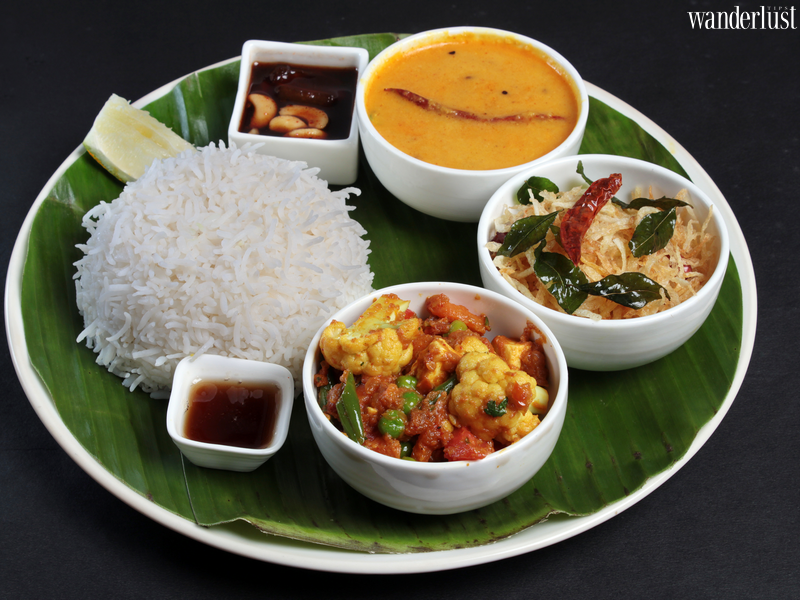 Dal Bhat, the basic cuisine of every Nepali home, is mostly rice eaten with lentil soup and vegetable curry or chicken (or meat). This is the most popular dish among the locals since it is nutritious and healthy. 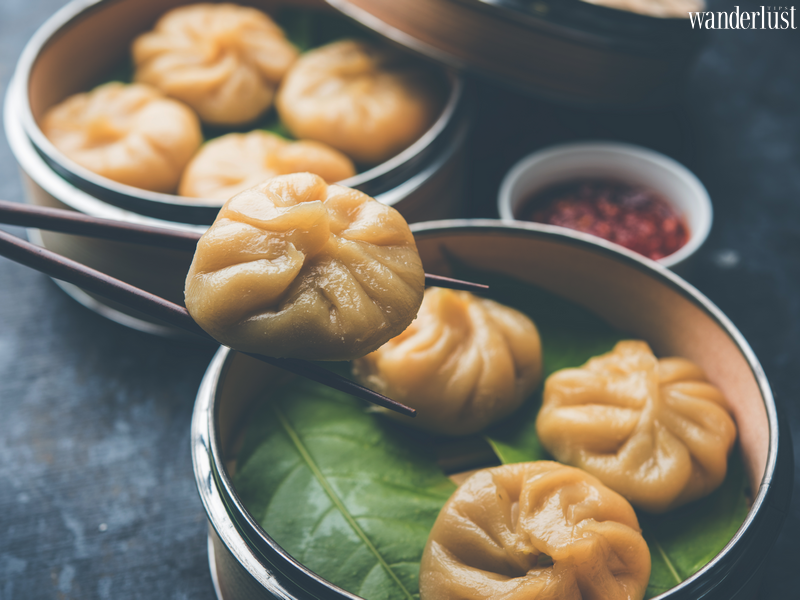 Momos are the second most popular dish. This is a popular tourist attraction and a must-try for anybody visiting this country. Momos are little white flour envelopes filled with vegetables or minced lamb or chicken. They are served with a variety of sauces and mayonnaise, making the combo a delectable snack. This Nepalese dish has taken India by storm and is now a famous street meal in many other nations. 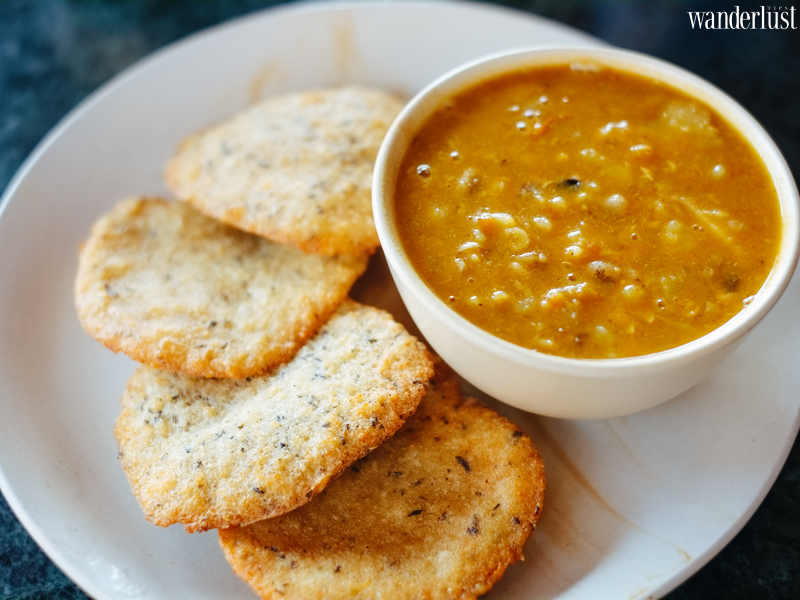 Wo are Nepalese pancakes prepared by the Newari people. The Newaris are an indigenous community of Kathmandu valley residents. During the Newari holiday of Sithi Nakha, wo is cooked using ground lentil (green or black) batter. These Dal patties are light and ideal for snacking. Non-vegetarians can substitute Bara with minced chicken and battered egg. 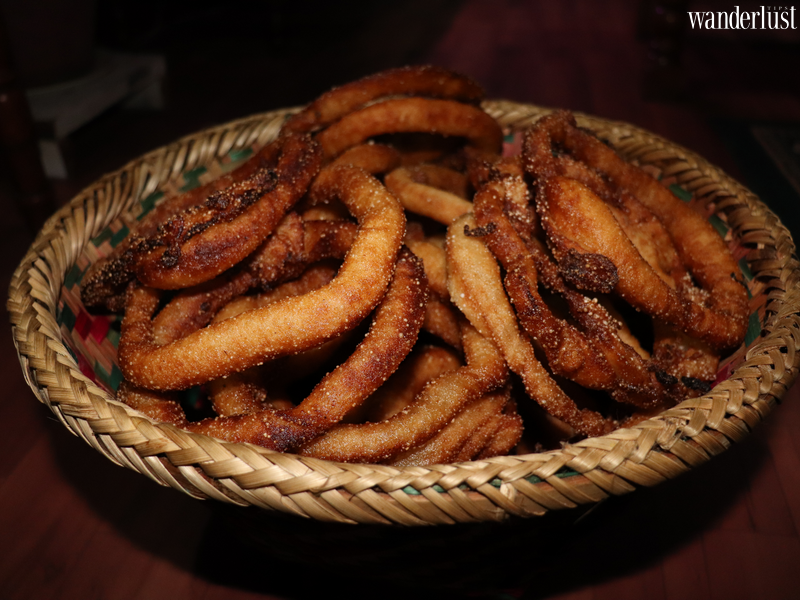 Sel Roti, a doughnut-bagel hybrid, is a popular food in the country during celebrations such as Tihar and Dashain. It’s a circular rice flour bread that’s been deep-fried to make the exterior crispy and the interior soft. It’s crunchy and sweet, and it goes well with yogurt or vegetables. This dish, which is a famous festival delicacy here, should be on your gastronomic bucket list. 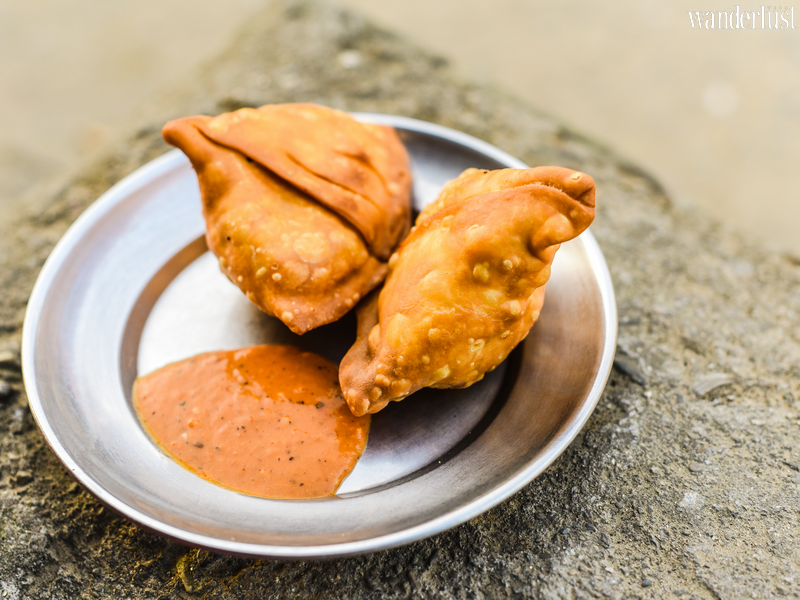 Samosas are a popular Indian dish, but you can have them fresh on your plate in Nepal as well. It’s a spicy meal comprised of mashed potatoes and spices wrapped in a triangular envelope of white flour. The shell is then fried to make it crispy. If you’re not a lover of spicy cuisine, you might want to try a bite first. These treats are served with delicious red chutney and are best served hot from the pan. 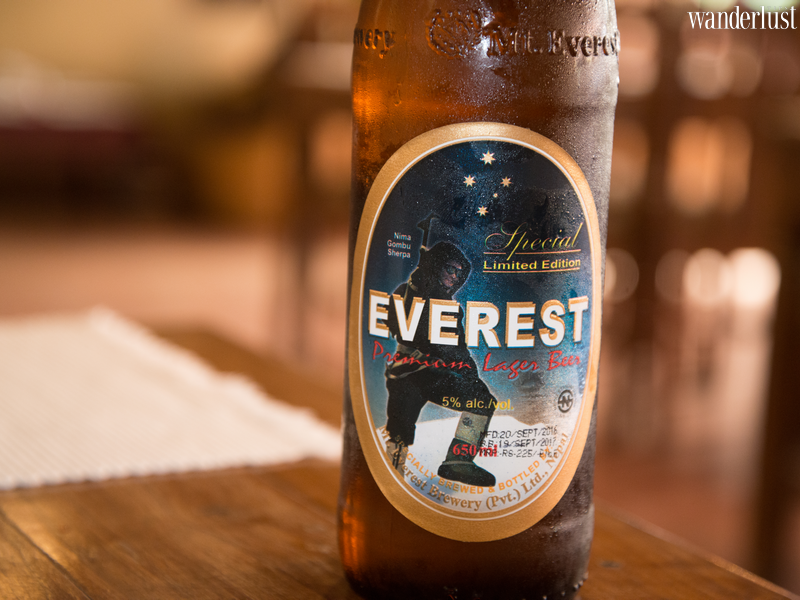 This traditional Nepali beer is manufactured from rice and is reasonably priced. If you enjoy beer, you should give it a try. Another native alcohol is Raksi, which is the traditional beverage of the Limbu people and is typically consumed with pork or beef meat. 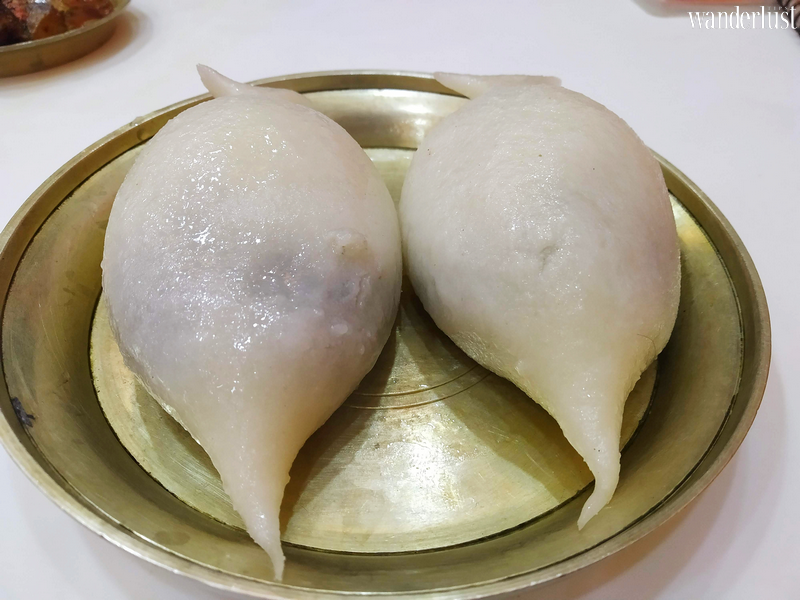 Yomari is a celebration cuisine in Nepal, eaten solely during the Yomari Punhi festival. It is a sweet dish composed of rice dough and packed with a sweet paste consisting of coconut, sesame seeds, and molasses. 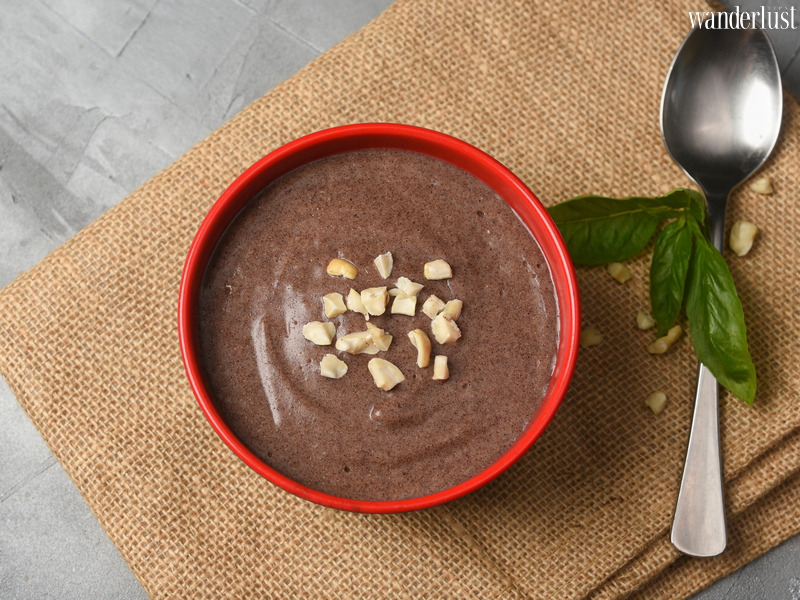 Look into the nooks and crannies of Kathmandu, and you’ll uncover a secret delicacy, the Dhindho or Dhido Thali. It is a thick porridge made by boiling stone-ground cornmeal, buckwheat flour, and millet flour in water with salt.

Juju Dhau, often known as the ‘king curd,’ is a sort of yogurt. It is a creamy, rich, and sweet dish that is typically served as a dessert. This meal, made with buffalo milk, is particularly popular among the Newaris and is a must-try if you visit Bhaktapur. 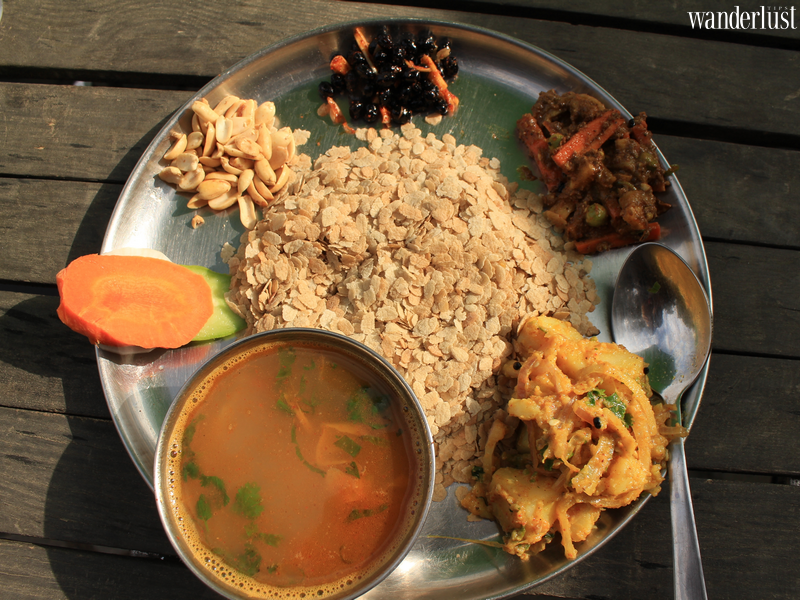 The Samay Baji, one of the primary meals in this place, is a gourmet dish that has been passed down through generations of Nepalis. It’s a dish of grilled buffalo meat, boiled eggs, beaten rice, and spicy potato salad.