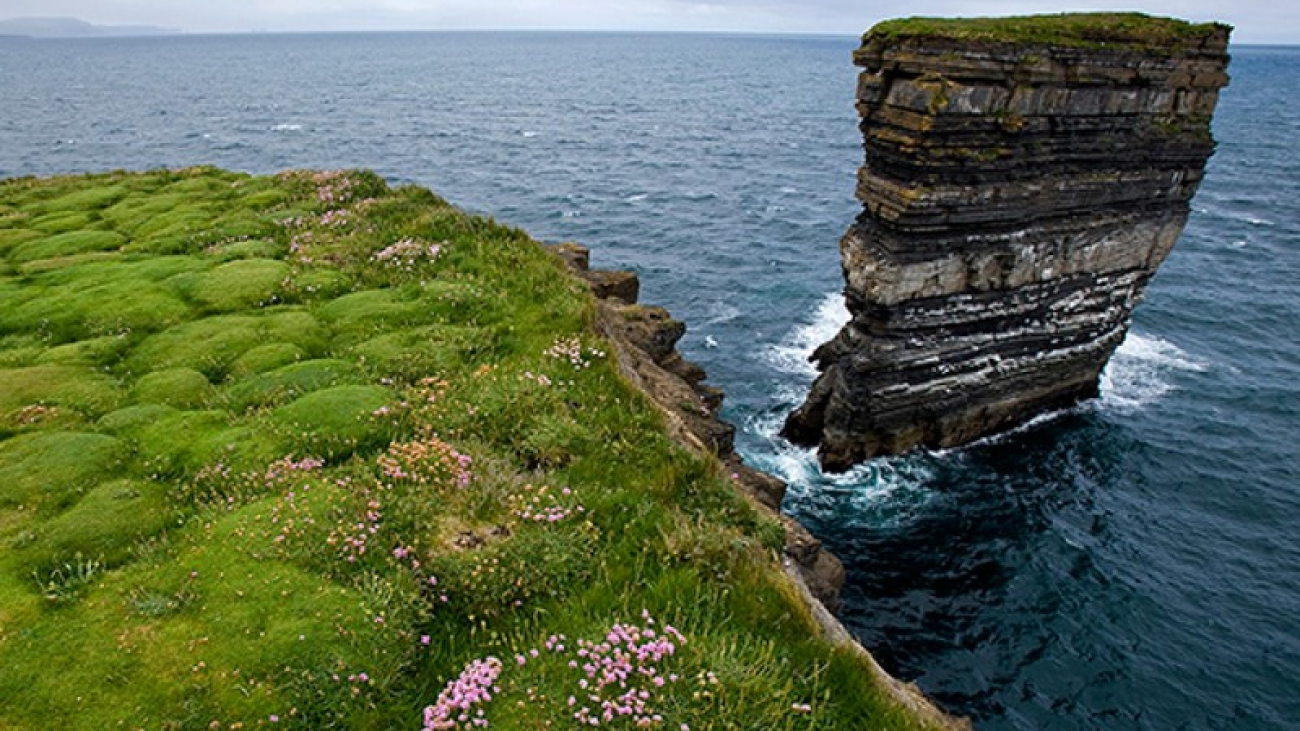 (#wanderlusttips #Dunbriste #Ireland) It is said to be the second time Dún Briste (which means “broken fort”)  has been conquered for the last 26 years, according to the Irish Independent. The stack was summited in 1990 by three British climbers in what is believed to be the only previous ascent.

About 5 km north of the village of Ballycastle in Mayo county near the Irish coast stands a striking headland called Downpatrick Head. Towering 126 feet above the sea, it offers fantastic views of the Atlantic, the Staggs of Broadhaven to the west, and high cliffs along the shore. 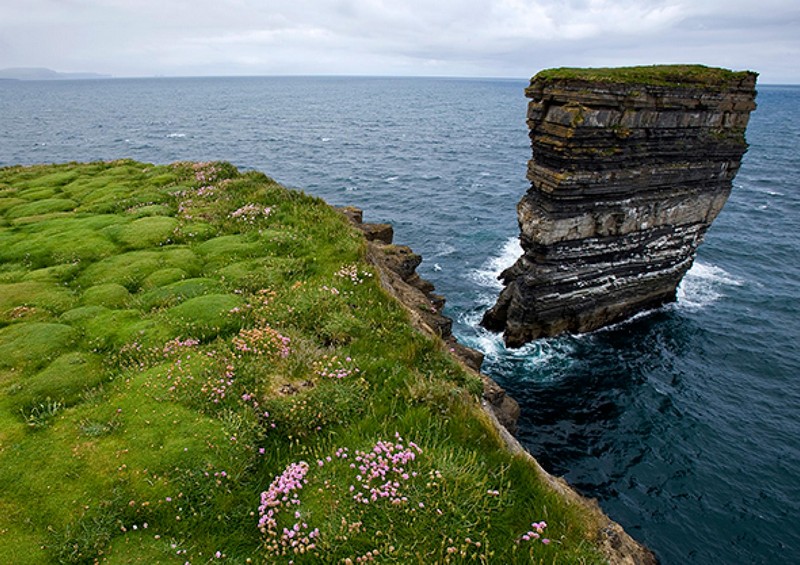 The name Downpatrick is derived from a time when St Patrick himself founded a church there. You can still see the ruins of the church building, a stone cross and holy well at the top of Downpatrick Head. This was once a popular pilgrim destination, and today the crowds still gather here on the last Sunday of July – known as Garland Sunday – to hear mass at this sacred site. During the Second World War a coastguard watch-house was constructed here which is now used to view the many species of birds that visit the high cliffs.

After that, they made their way along cracks, under overhangs and up sheer rock towards the summit. Bad weather conditions meant Kaniszewska was unable to complete the climb, but Miller – on his third attempt at climbing Dún Briste – made it to the small, vertiginous plateau at its summit.

The unpredictable sea forms the first obstacle. After researching the best time to approach the rock, Iain Miller and his climbing partner Paulina Kaniszewska were able to land their dinghy on a ledge at its base in calm waters. 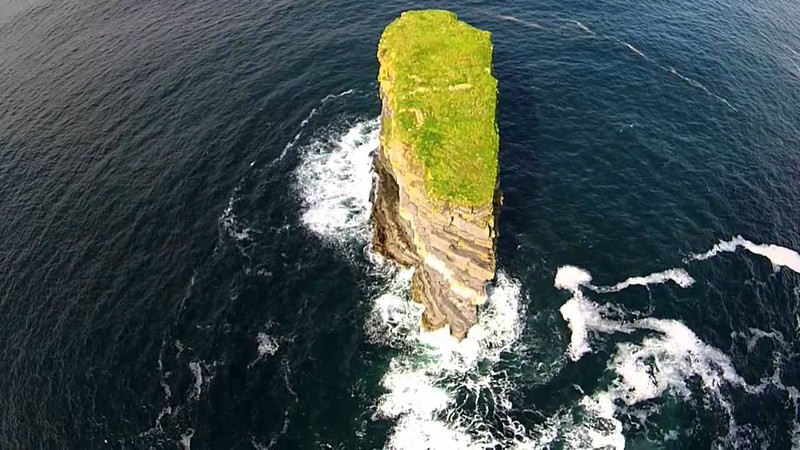 “The climbing was hard, scary and for a section approximately 40 metres above sea level, falling wasn’t an option,” Miller, who runs an adventure company in Donegal, told the Irish Independent. The climb was cheered on by a small group of locals on Downpatrick Head. “Watching them was an amazing, once-in-a-lifetime experience,” said Marie Tighe, a Ballycastle nurse. “I’ve lived down here for years and I never thought anyone would be able to do it from the ground.”

Each year, Downpatrick is frequented by birdwatchers who come to observe and record the many different species which take up positions on the stratified face of the stack as the seasons change. In May and early June, the headland itself is a blaze of colour when the sea-pink comes into bloom.