Chilli crab, like many other Asian foods, began as a street food item but grew to become so famous that it is now designated Singapore‘s national dish. It’s made up of a stir-fried crab that’s been smothered in a delicious, spicy sauce. The dish made its way to CNN’s “World’s most 50 delicious foods” at number 35, and Michellin’s inspectors dedicated a website for this spicy dish, Singapore Chilli Crab.

The History of Chilli Crab 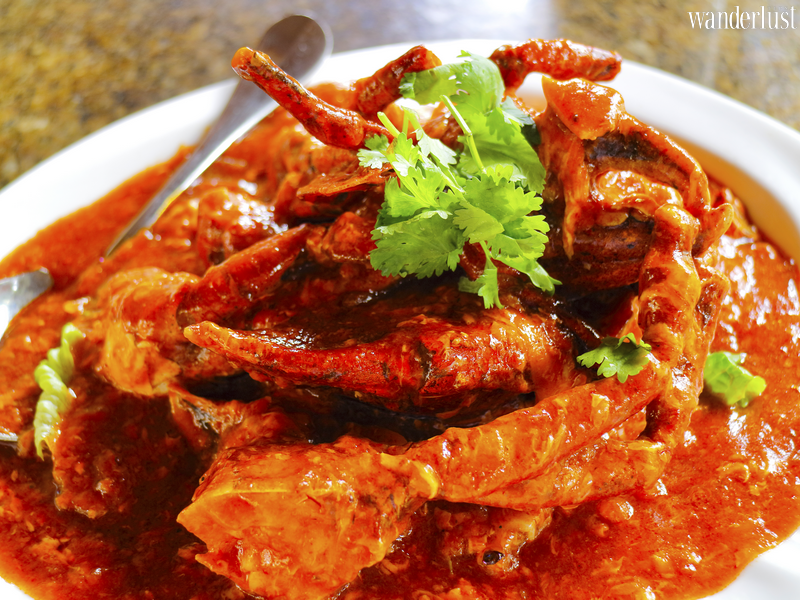 Cher Yam Tian is credited with inventing chilli crab in the mid-1950s when she substituted bottled chilli sauce for tomato sauce in her stir-fried crab meal. She and her husband started selling the meal from a pushcart along the beach in 1956. Because business was robust, they finally opened a restaurant called Palm Beach at 514 Upper East Coast Road in 1962. They sold some of their company stock in 1984 to relocate to New Zealand.

How the dish is presented

The meal consists of deep-fried crabs served in a tomato-and-chilli-based sauce. Mud crabs are commonly used and are typical of Sri Lankan, Burmese, or Filipino origin. The crab is cleaned and cut into smaller pieces before being deep-fried in oil and then again in gravy. To thicken the gravy, cornflour and beaten eggs are added near the conclusion of the cooking procedure. 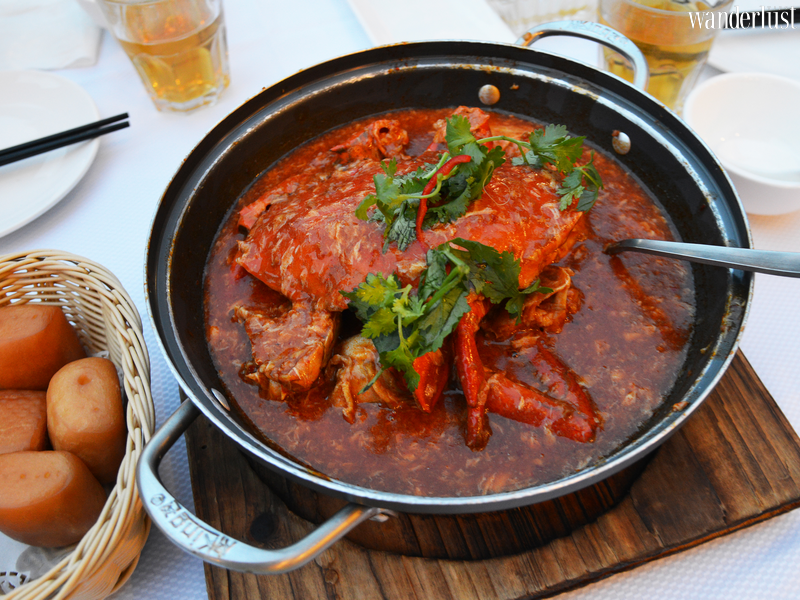 The meal is traditionally eaten with one’s hands because the crab is presented with the shell on. As a result, most restaurants will supply damp towels or washing dishes. Although the pincers have the most meat, the meat from the body and legs is smoother. To get to the meat, diners must first remove the partially whole but fractured shell. They may have to use nutcrackers and mallets given by the eateries to crack the shell further. If the crab was female, the upper shell, which is separate from the main body, could contain roe.

Places to enjoy a great Chilli Crab in Singapore 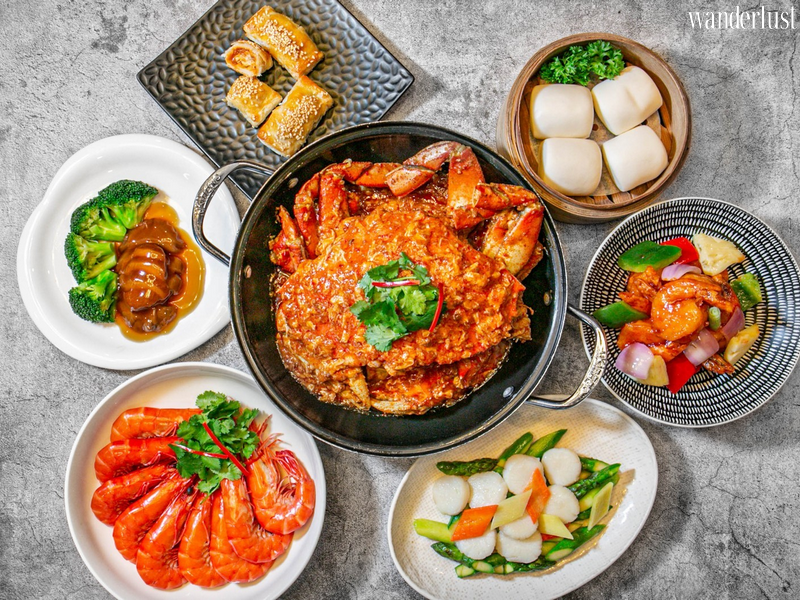 Jumbo Seafood is well-known for its live seafood, which is served in the Singaporean style. Jumbo Seafood has over twenty years of expertise servicing local and international foodies and is able to touch customers’ pulses and constantly crafts distinctive menu items to fulfill all tastes. Many locals highly recommend Jumbo’s award-winning chilli crab. 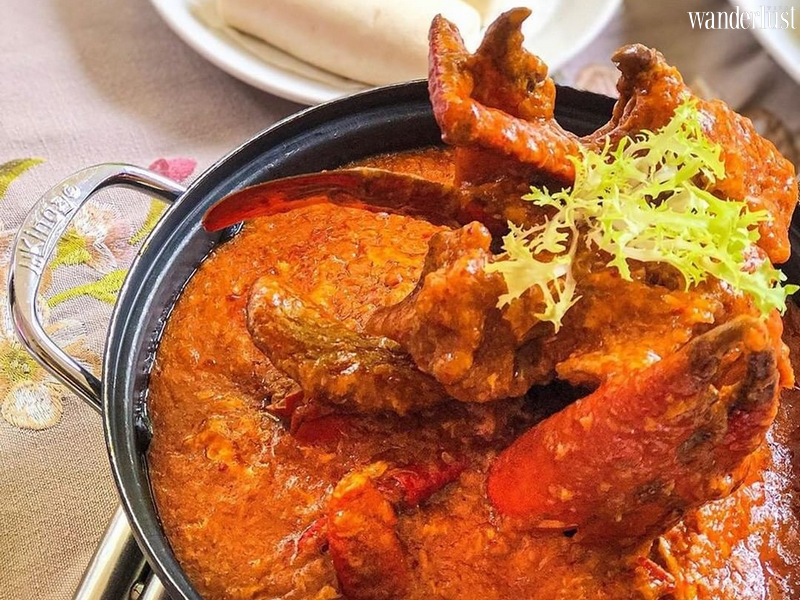 Long Beach’s chilli crab is regarded as the highest level of a seafood feast, particularly for chilli–seafood connoisseurs. This eatery is distinguished by its increased level of spiciness. The sauce is an exquisite blend of spice, sweetness, and saltiness that pairs nicely with the man tou. And how is the crab doing? It is, without a doubt, the best in your dish, with very juicy and fresh flesh. 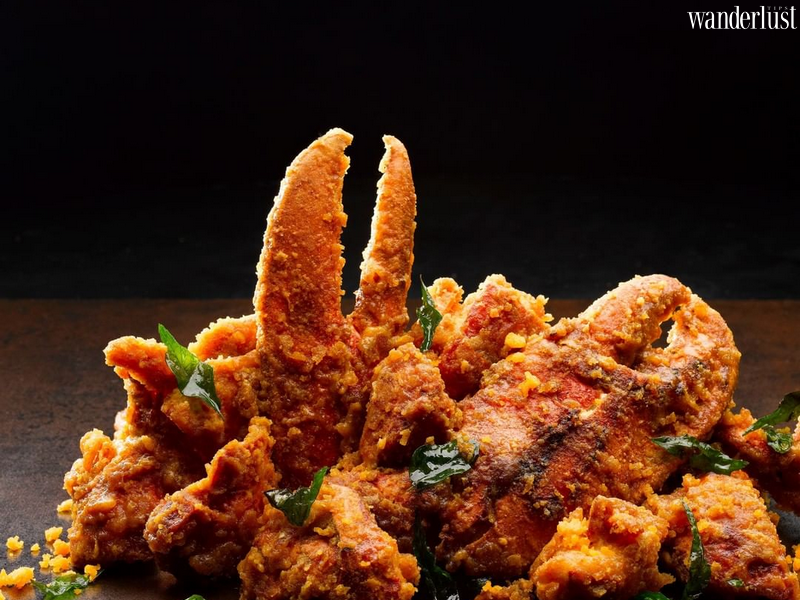 Only around three crabs were sold every day in the early days of No Signboard. Mdm. Ong Kim Hoi, a passionate chef, and her partner, on the other hand, saw it as an opportunity to further their culinary love. As a result, white pepper crab was invented, which helped the restaurant become well-known through word-of-mouth promotion. No Signboard is now one of Singapore’s greatest seafood restaurants, with a specialty in chilli crabs. 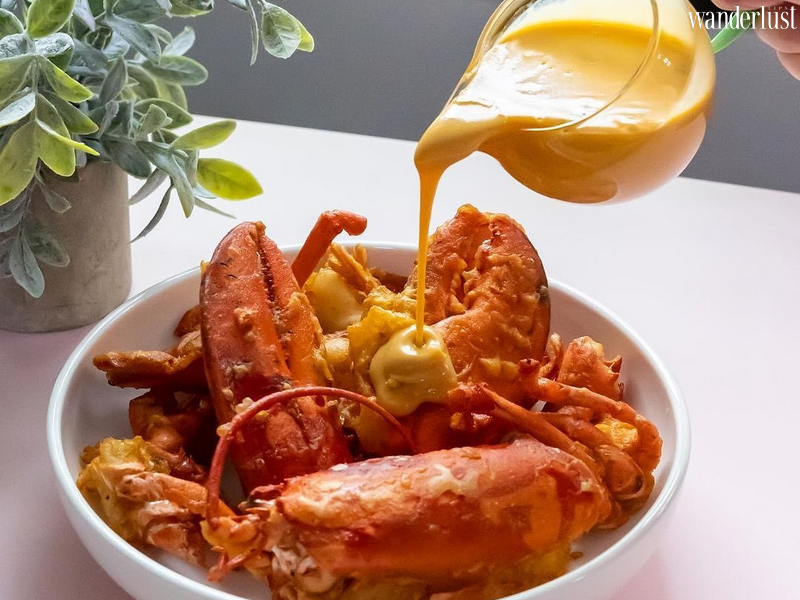 Since 1976, Red House Seafood has attracted a devoted following for its excellent cuisine and convivial atmosphere. This restaurant always serves the freshest seafood from across the world, including abalone from Australia, mud crab from Sri Lanka, and geoduck from Canada. Locals consider Red House to be one of the best seafood restaurants for family reunions, business meetings, and romantic dinners.