Sofitel Legend Metropole Hanoi kicks off the holiday season with an official invitation-only Christmas Lights Ceremony on 1st December. For the first time, British cycling legend David Lloyd will join forces with six foreign ambassadors to take part in a bicycle ‘race’ to generate enough electricity to turn on the hotel’s yuletide sign and lights.

Lloyd, who recently won the Laguna Lang Co triathlon and the Vietnam Mountain Marathon in Sapa, will compete against six other cyclists including the UK, Italian, and Swiss ambassadors to Vietnam as well as two ambassadors from the European Union Delegation to Vietnam. The bicycle ‘race’ is part of a joint effort to raise awareness and funds for Newborns Vietnam, a UK registered charity dedicated to reducing neonatal mortality in Southeast Asia. 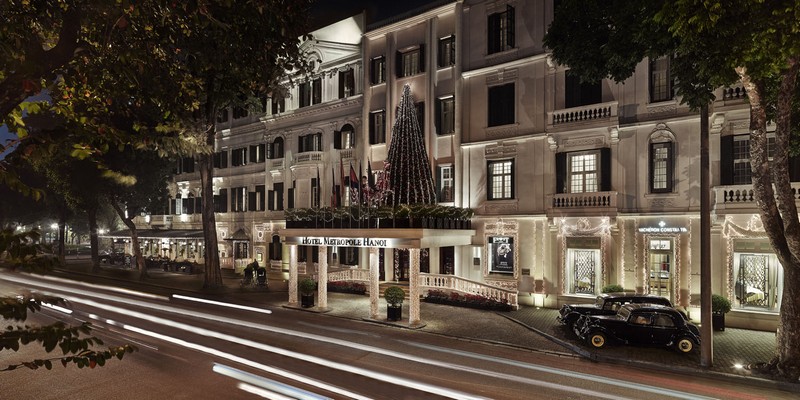 “As Christmas approaches, I’m pleased to show my support for Newborns Vietnam, which is making a real difference to the life chances of babies in Vietnam,” said the British Ambassador to Vietnam, Giles Lever. “The Metropole’s pedal-powered lighting ceremony is a fantastic way to highlight the incredible efforts of the British and international cycling community in Vietnam, while raising funds for a great cause.”

Meanwhile, a soaring 15-metre Christmas tree takes centre stage on the hotel’s rooftop garden, Le Balcon. This year’s evergreen will be illuminated with more than 50,000 bedazzling lights and decorated with some 1,250 Vietnamese conical hats.

In addition, a life-sized gingerbread house will be on show at L’Epicerie du Metropole, while a 4-metre evergreen will be on display in the Metropole’s lobby – festooned with 38 red “wishing cards” written by underprivileged children from the Blue Dragon Children’s Foundation. Based in Hanoi, Blue Dragon is an NGO that helps street kids, children from very poor families, and victims of human trafficking and slavery throughout Vietnam. 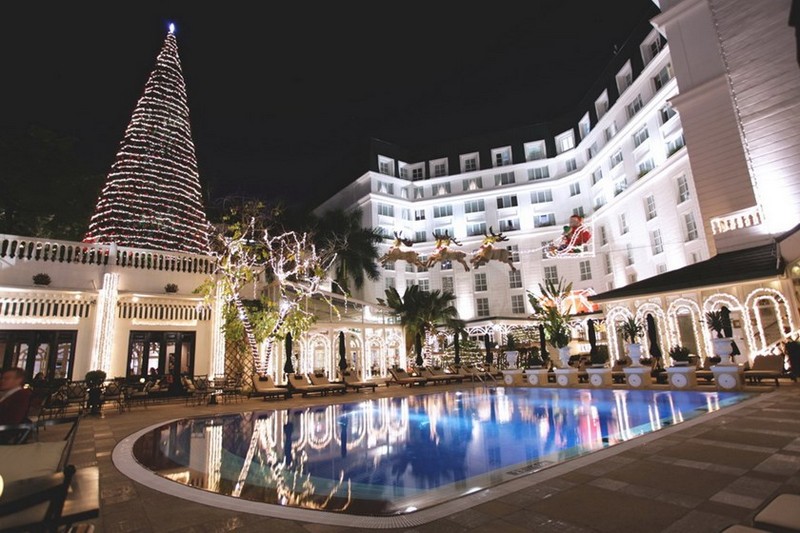 But, yuletide songs and glittering lights aren’t the only things the French colonial hotel has planned for this holiday season. On Christmas Eve, five special Christmas Eve dinners are on offer at the Metropole on 24th December, each with a distinct theme and at price points that range from VND1,9500,000 to VND3,960,000. On Christmas day, the hotel will host a buffet and a dinner at its restaurants, ranging in price from VND1,650,000 to VND2,640,000.

On New Year’s Eve, with prices ranging from VND2,750,000 to VND4,500,000 gala dinners will be the order of the evening during the final hours of 2017, including: A 6-course dinner, including a vegetarian option, at Le Beaulieu; A Vietnamese gala dinner at Spices Garden; Two seatings (at 6pm and 8.45pm) for a New Year’s Eve buffet at Le Club; A 6-course gala dinner at Angelina; A countdown party, featuring a live jazz band and fireworks, by the hotel’s outdoor pool. 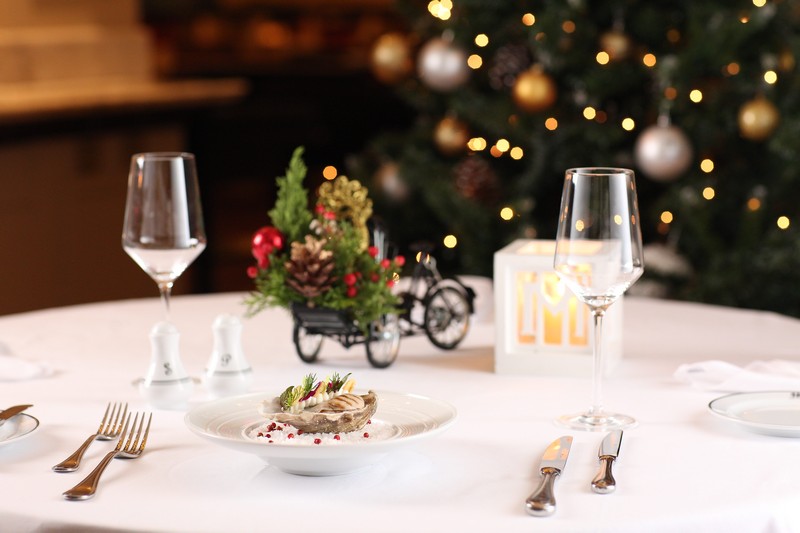 And for shoppers, the hotel’s delicatessen, L’Epicerie, is offering a range of delectable gourmet gifts, including foie gras, Fine de Claire oysters and turkey imported from the U.S., as well as the pastry chef’s piece de resistance, a traditional French Christmas log cake, known as “Buche de Noel”. Additionally, a special holiday
brochure will be gifted to all guests staying at the hotel during the festive season.