[Wanderlust Tips March 2018] If each boundary milestone is a red dot on the map, when connecting these dots, we will have the S shape of Vietnam. 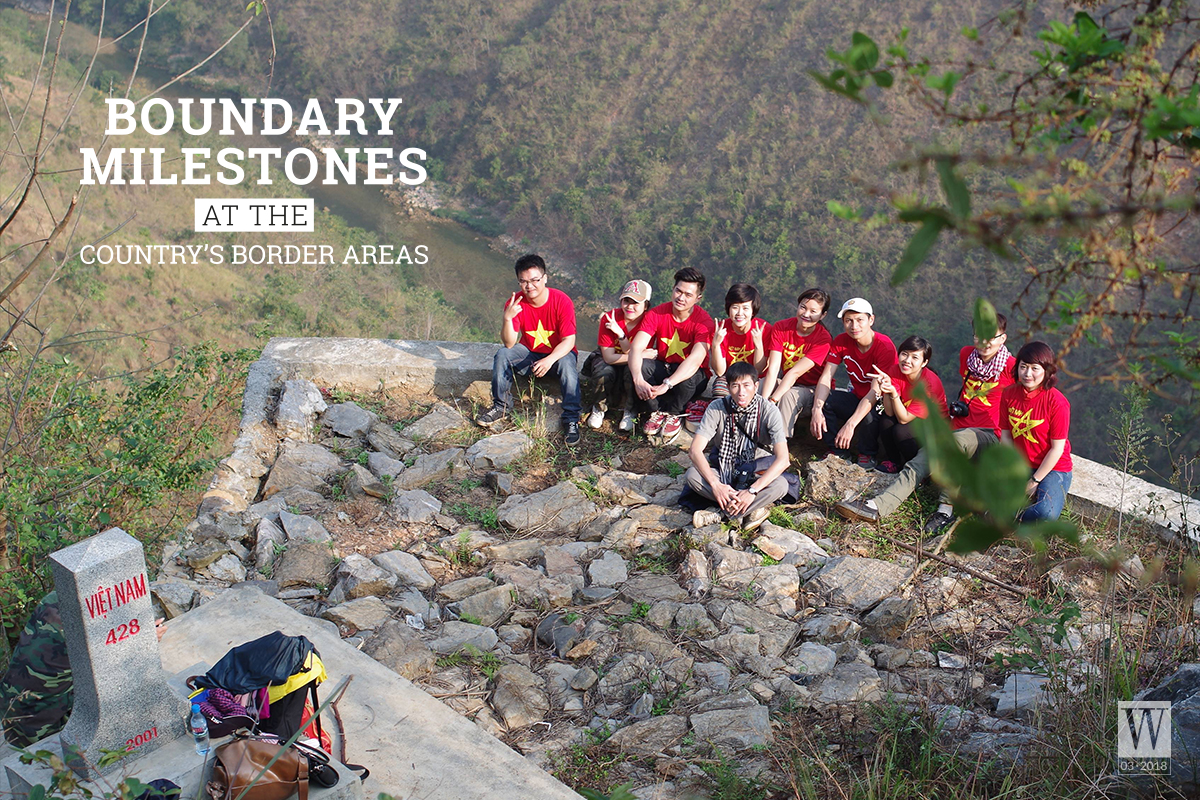 The painful but heroic historical fluctuations have passed to give Vietnam a peaceful and elegant S shape as it is today. Many predecessors have sacrificed their lives to keep every inch of the country’s border areas. The sacred land has been protected for thousands of years and it is definitely impregnable. Though in the past the boundary line of our country was not clear, at present, boundary milestones were located along the border, stretching tens of thousands of kilometers from Mong Cai (Quang Ninh) to Ha Tien (Kien Giang), which firmly claims the national sovereignty. Perhaps no one has ever travelled along thousands of boundary milestones on the borderline adjacent to China, Laos, Cambodia because they are extremely dangerous and challenging.

One of my most unforgettable memories is about the April days which are hotter than flames at the country’s westernmost land. The boundary milestone No.0 is located on the top of 2,000-metre high Shiceng Dashan, marking the tri-junction point of the three countries Vietnam – China – Laos. From here, you can look over Vietnam’s territory to be proud of a turbulent history.

On that day, in order to conquer the boundary milestone No. 0 – A Pa Chai, after having struggled to obtain a license from the Boundary headquarter of Dien Bien Province, I had to climb more than 12 kilometres through the forest as well as cross an “incredible” path from Muong Cha to the guard station No. 317 – where the journey began. After travelling more than 12 kilometres under the intense sun and the Foehn wind, then crossing 3 hills of cogon grass, my hands and legs were covered in bruises. 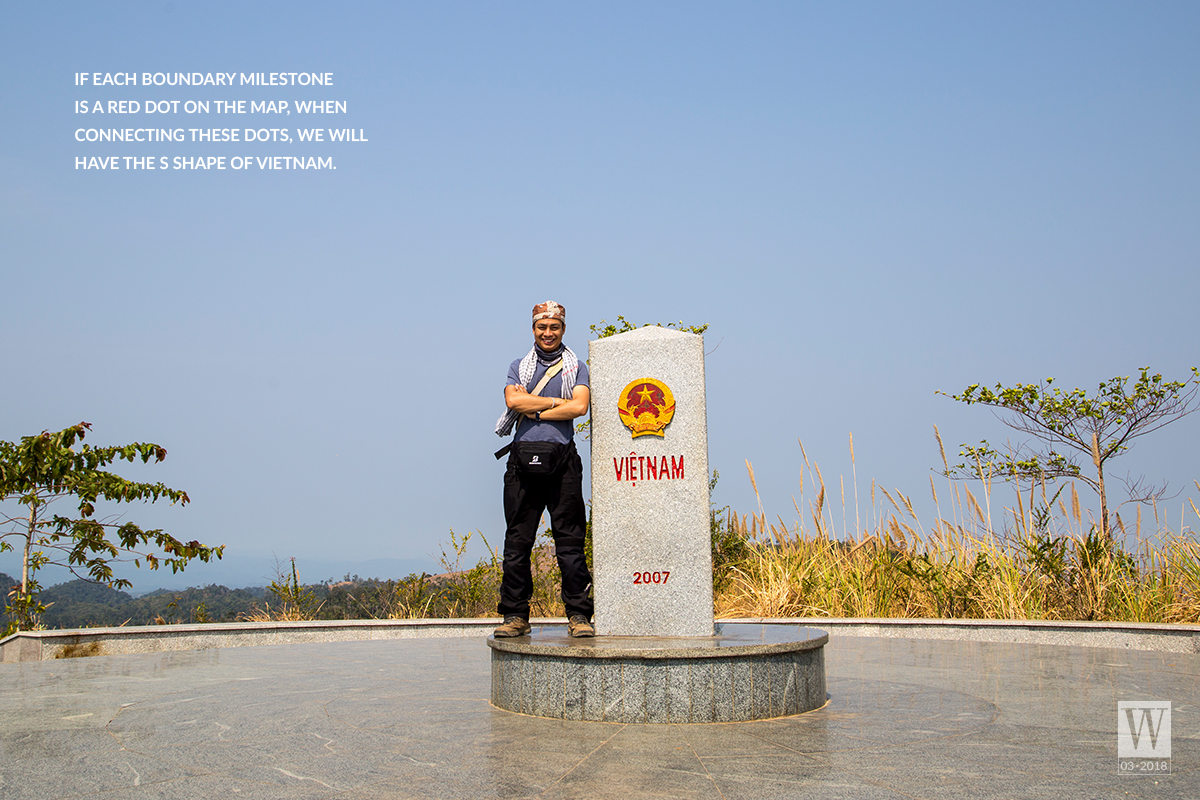 In some sections, we had to crawl or swing on a rope to cross the cliffs. Once you cross 3 hills of cogon grass, you will have to continue walking through a primeval forest, but it would be much better as there are streams of water and trees for shade. However, to reach the boundary milestone, you will have to swing on a rope again at the end of the journey. Although it was so hard, when standing on the top of the mountain, hugging the three-faced boundary stone and singing the song of youth, I felt so relieved.

There was only sun, a wind blowing, blue sky and us at the place where “when a cock crows, three countries hear”. This is the sacred westernmost point of Vietnam.

From the boundary milestone No. 0, if you go along the border between Vietnam and China, you will see more than one thousand boundary milestones with numbers arranged in ascending order. And at the end of that border, there is the last boundary milestone No. 1378 of the two countries, which is located at an extremely special position. This border milestone is located at the estuary of the Bac Luan River, in the small archipelago of Tra Co Ward, Mong Cai, Quang Ninh. It was built with a proper height so it would not sink at high tide, and of course, you will have to sail to conquer this interesting border milestone. 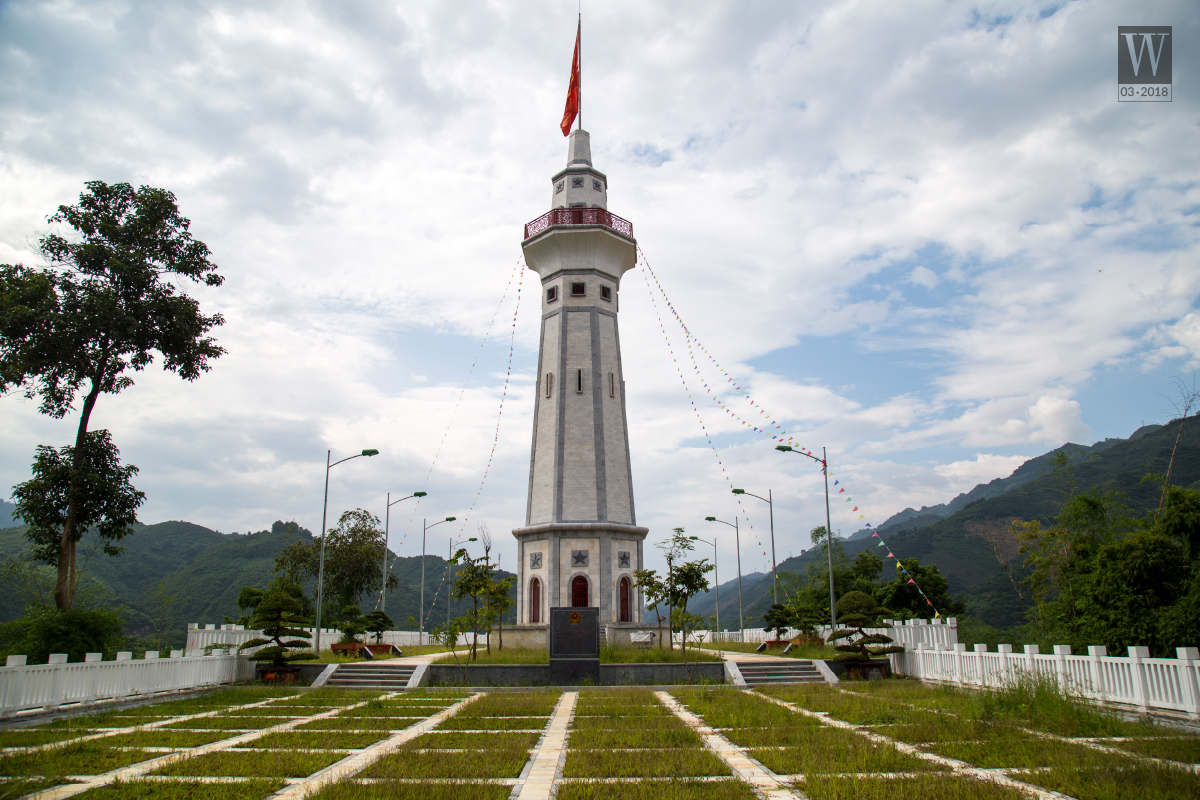 After travelling through dusty roads of the sunny and windy Central Highlands, the fragrant coffee fields in the middle of the flower season and enjoying stem wine at night, we went on the journey to conquer this interesting three-faced boundary marker. The road to Bo Y border checkpoint has been expanded and paved so it was not as hard to conquer as A Pa Chai boundary milestone. You can easily come here to enjoy the mountain breeze.

Indochina boundary milestone was also made of granite, in cylindrical triangular shape. It bears the national emblems of three countries on each side. The boundary milestone Iies in a grassy hill which is more than 1,000 meters high, surrounded by the mountains and forests but not as dense as those surrounding the West. From here, if you go to the south you will also encounter many boundary markers of Cambodia and Vietnam, in which the boundary milestone No. 240 is a very special one. 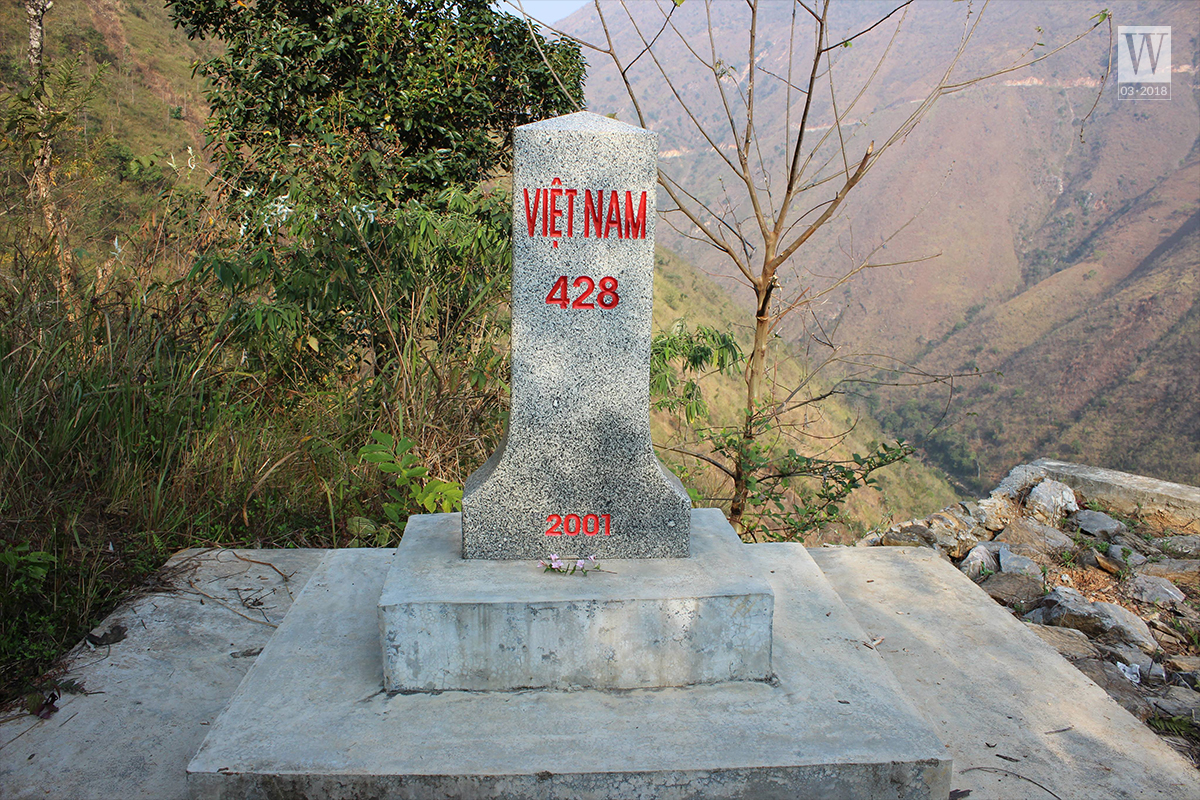 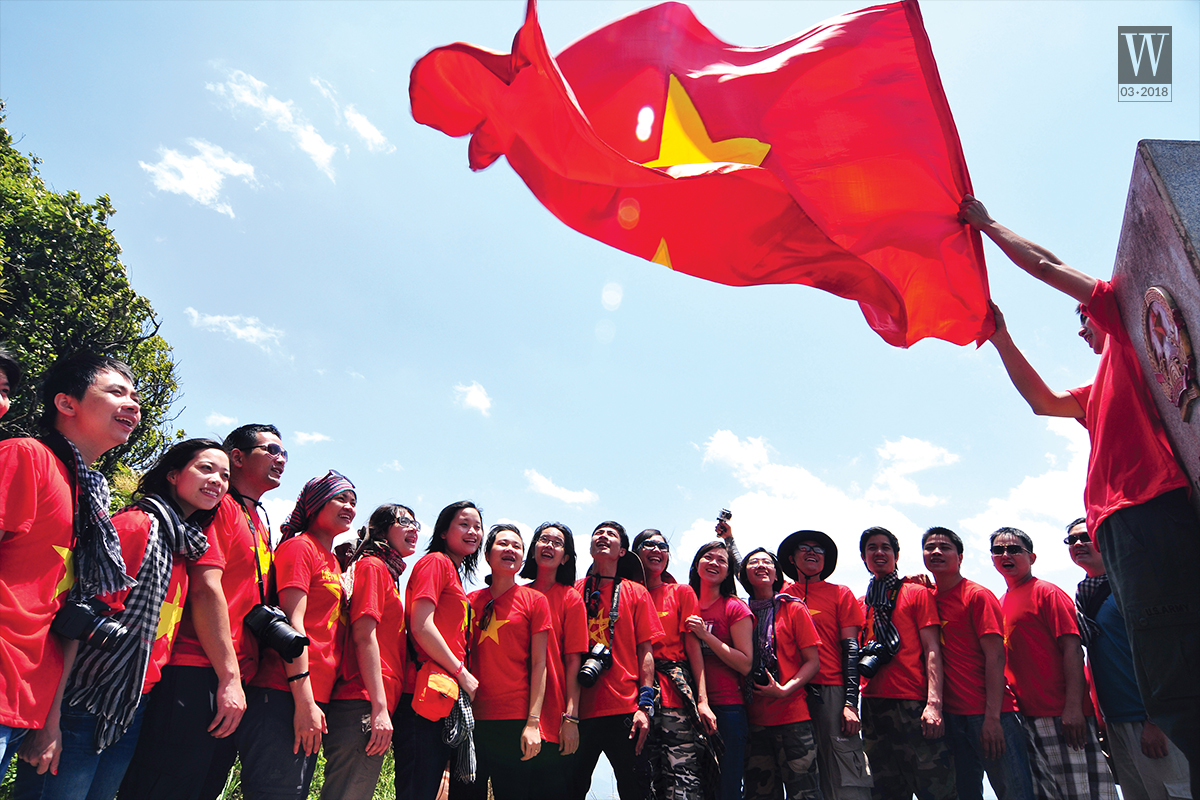 Also, do not miss the boundary milestone No. 314 in Ha Tien town, Kien Giang because it is the last on-land boundary marker of Vietnam and Cambodia. The afternoon sunlight at the border spreads a golden layer like honey on the roads, fields, buffalo herbs lying on the field, making anyone visiting here feel so touched. The scenery was so peaceful though the land at the end of Vietnam’s on-land territory had gone through a woeful and majestic history.

It is so hard and challenging to travel through even only some boundary milestones, some amidst the river, some on high mountains covered by clouds all year round. Do you dare to conquer? If so, prepare to go and admire how beautiful Vietnam is.