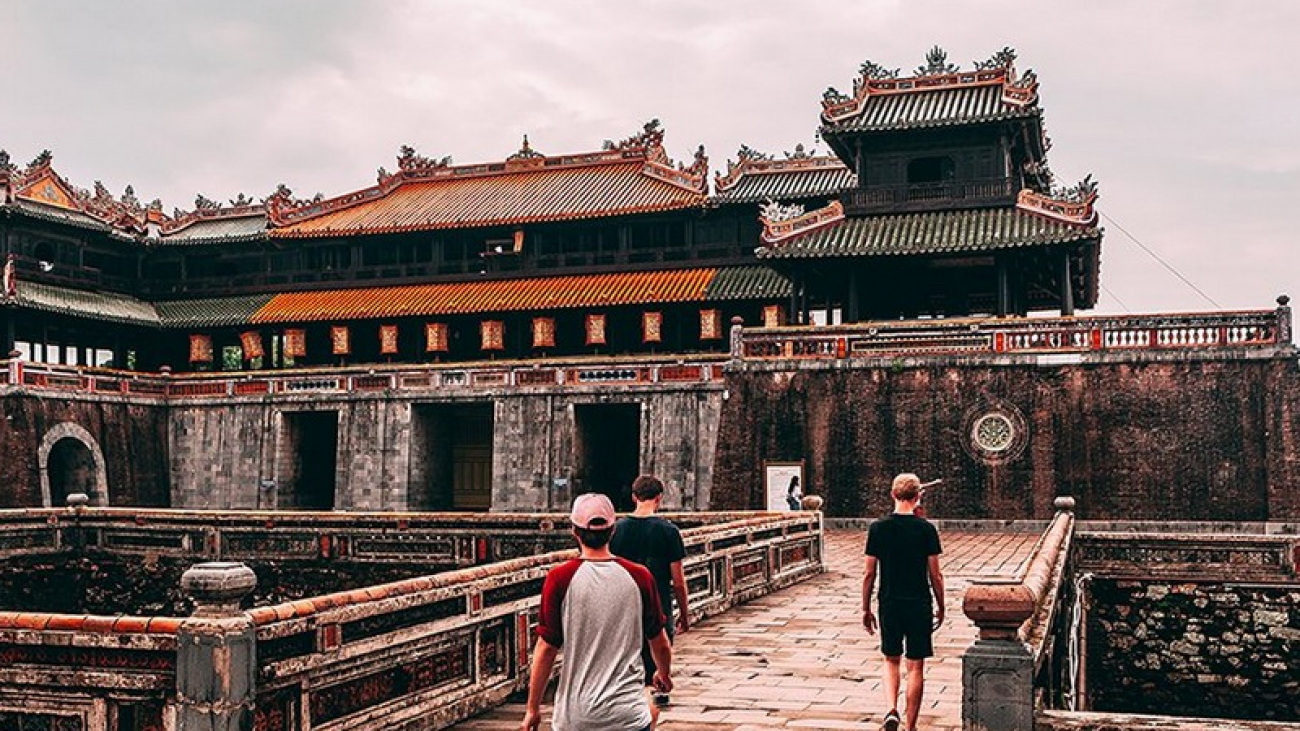 [Wanderlust Tips March 2019] Travel to Thua Thien – Hue in the morning, where to go and what to do to have the most enjoyable experiences? Here are eight suggestions from Wanderlust Tips.

IMPERIAL CITY – A MAGNIFICENT CITADEL DATING BACK TO THE NGUYEN DYNASTY

The Imperial City of Hue is the common name for the Citadel andthe Forbidden City which in modern times is located in Thuan ThanhWard, Hue City. The Imperial City is made up of over 140 buildingsof various sizes and the site was used to serve as the office of thecentral government as well as serving as home to the King and theroyal family. The Imperial City was recognized by UNESCO as aWorld Heritage Site in 1993. 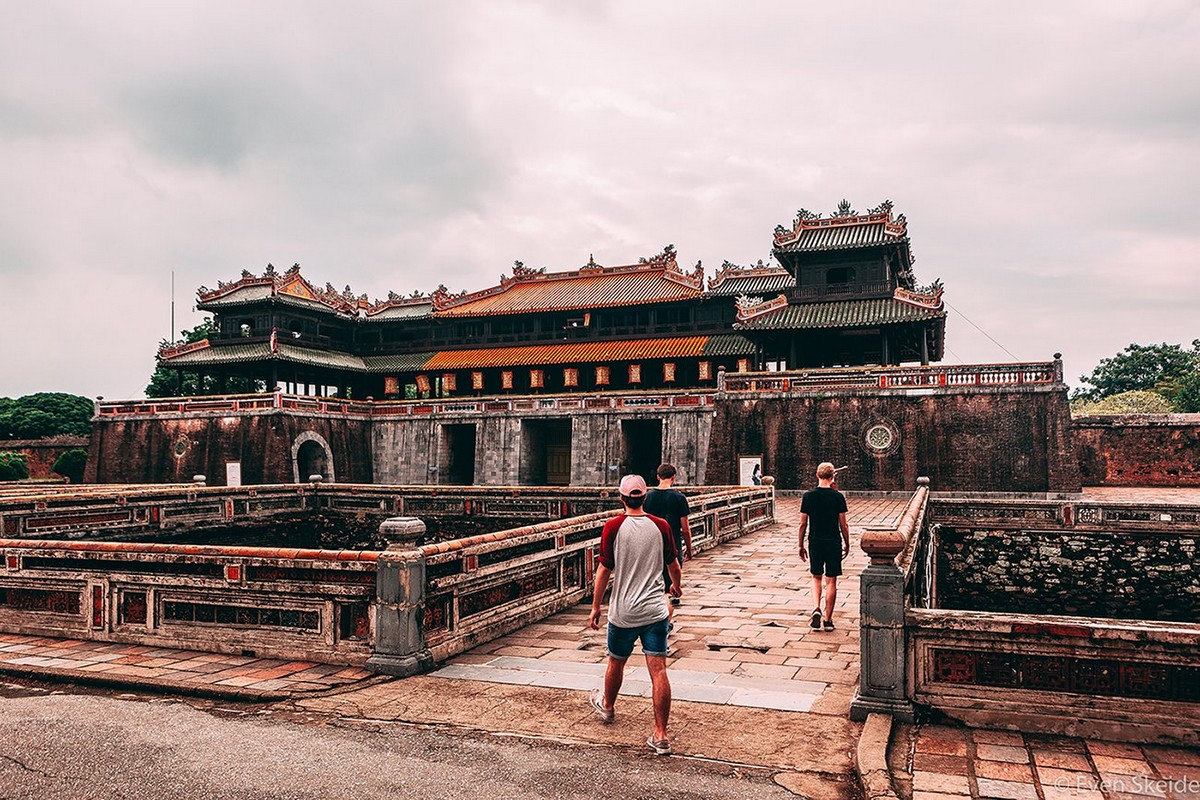 MUST SEE: Duyet Thi Duong Theatre (Ancient Royal Theatre) which offers performances of traditional opera (Tuong), court music and court dances. The information centre for the Interpretation of the History of Hue Capital Citadel and the virtual reality experience “Find the lost palace” can be found in the Palace of Supreme Harmony

THIEN MU PAGODA – THE MOST ANCIENT PAGODA IN THE IMPERIAL CITY

About 5 kilometres West of Hue City Centre, Thien Mu is the oldest and most beautiful pagoda with the most impressive architecture in Hue. The pagoda was built in 1601, and legend has it, has it when Nguyen Hoang became the guardian of Thuan Hoa, he personally scouted the location to expand his territory. When he arrived at Ha Khe Hill, he saw that the land was shaped like a dragon turning its head. Locals said that at night, there was often an old woman dressed in red standing on top of the hill telling passersby: “A lord will come here and build a pagoda, to gather the spirits, stabilize the dragon, and make our country more powerful.”. Nguyen Hoang’s ideas seemed to be in tune with the will of the people, and to honour the good omen, he built a pagoda on the hill overlooking the Perfume River and named it Thien Mu Tu. 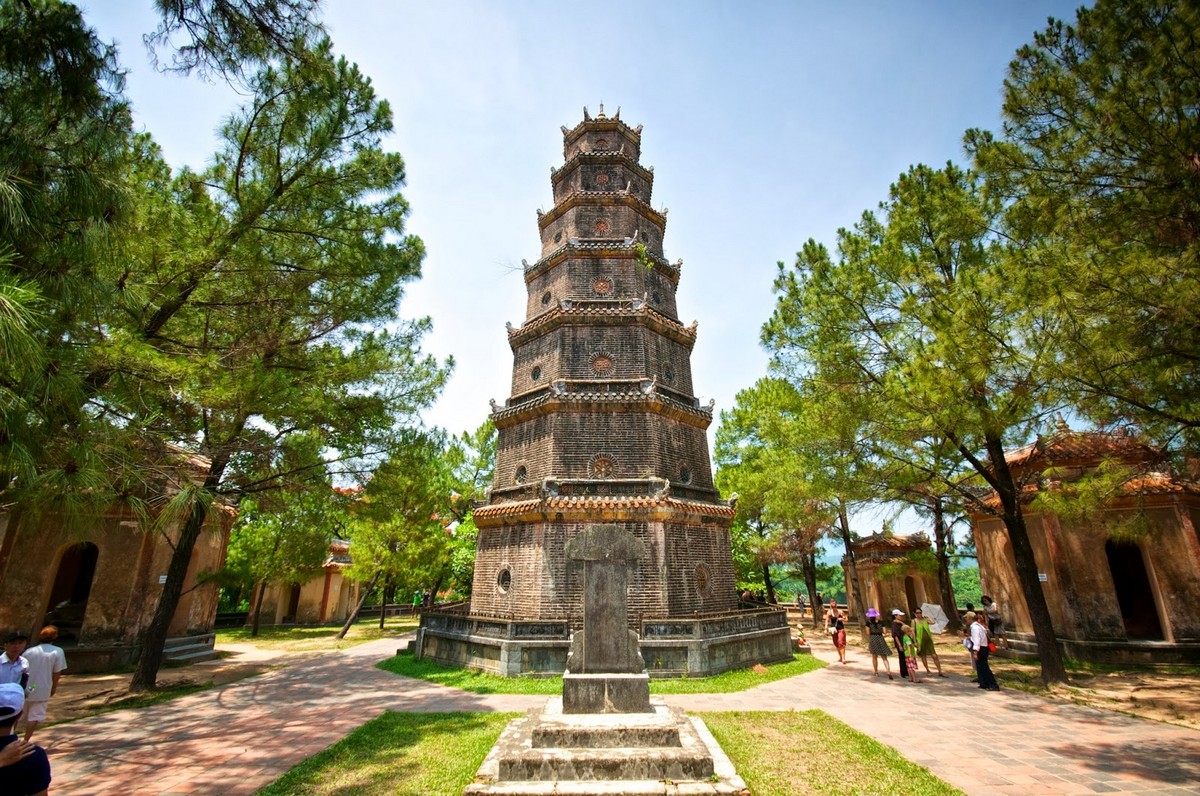 Phuoc Tich Village is located on the bank of the Lau River, Phong Hoa Commune, Phong Dien District, Thua Thien in Hue Province. The village was founded in 1470 under the reign of King Le Thanh Tong. Currently, there are 100 ancient homes in the village still standing, including 30 classified as the most unique among all the ancient villages in Vietnam. In days gone by, without machinery, homes like these would have taken years to build. Phuoc Tich Village perfectly preserved the pristine beauty of rural Vietnam and with its charming and tranquil scenery, it is like a beautiful painting that mesmerises each and every visitor. The village is also famous for its 500-year-old traditional pottery crafts. 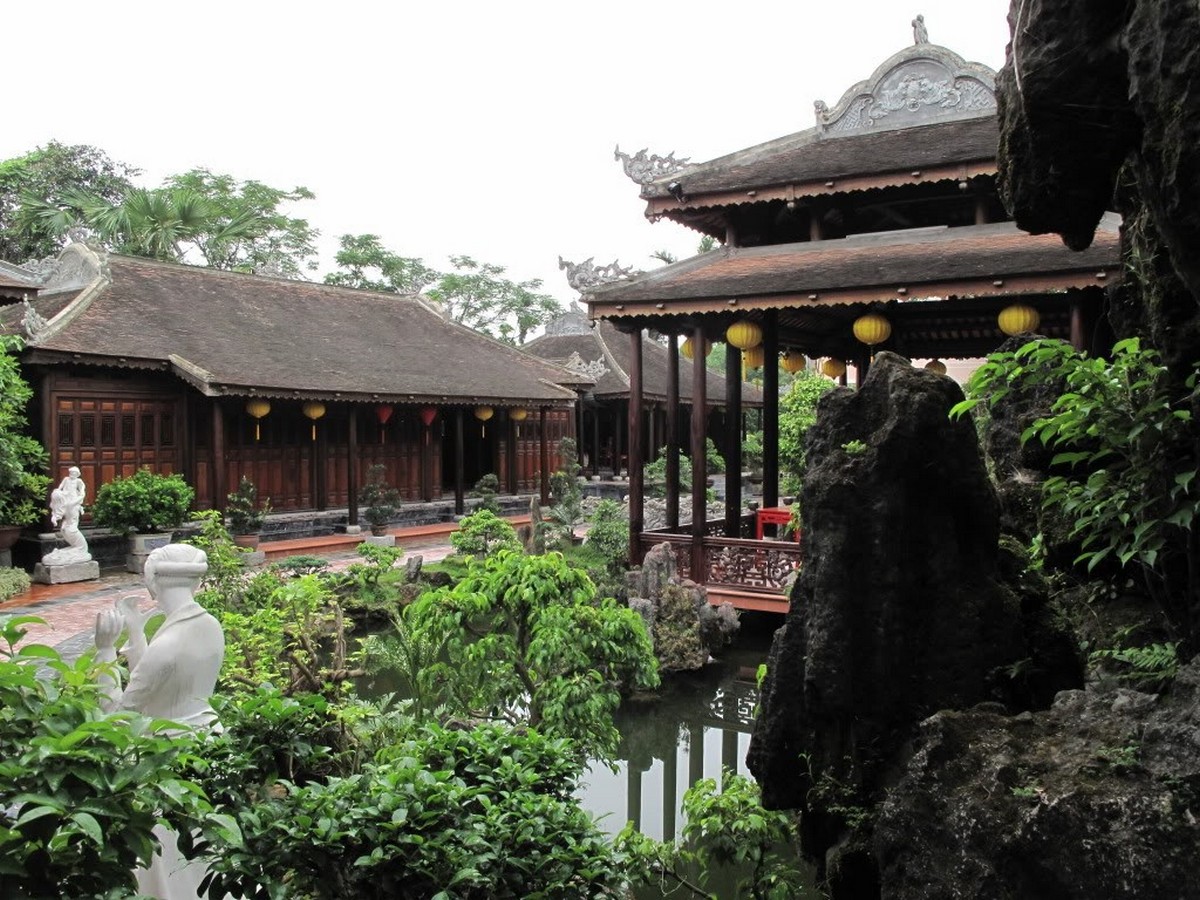 MUST SEE: On the way back to the city centre, you can take a visit at Thuy Lap bamboo and rattan village (Phong Hoa Commune, Phong Dien District) on the road towards the city centre.

Thanh Toan tiled-roof bridge crosses a canal that runs through Thanh Toan Village, Thuy Thanh Commune in Huong Thuy Town, which is located about 8 kilometres east of Hue City Center. Thanh Toan Bridge is among the rarest in Vietnam and with the highest artistic value. The arched wooden bridge spans 18.75 metres and is 5.82 metres wide with both sides of the bridge having wooden railings and seats for visitors to sit and enjoy the view. The bridge is covered with a tiled roof and is divided into 7 rooms with the middle room being dedicated to the worship of Mrs Tran Thi Dao. 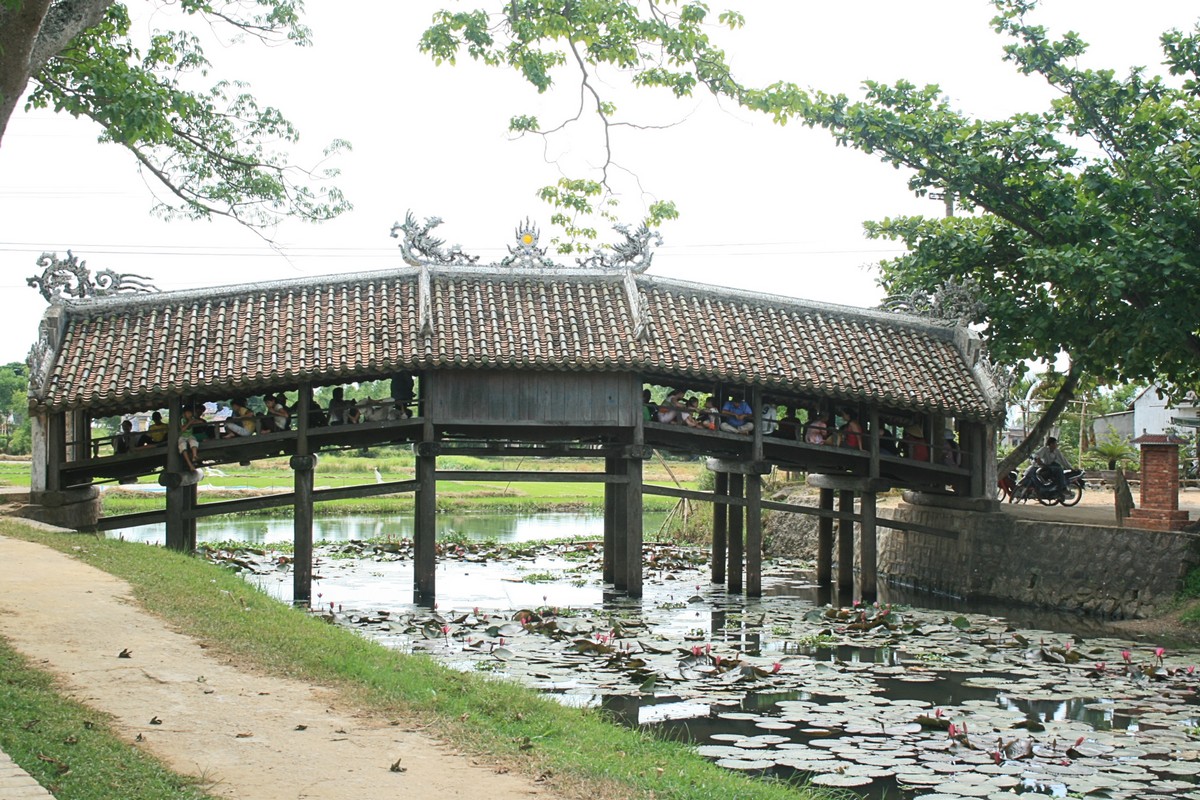 Mount Ngu Binh, formerly known as Mo Islet or Bang Mountain, is located on the right bank of the Perfume River (between Con Hen and Con Da Vien), 4 kilometres South of the city centre. On either side of it are two smaller mountains, Ta Phu and Huu Bat, which from a distance together with Mount Ngu Binh look like a phoenix opening its wings to shelter the citadel. Along with the poetic Perfume River, Mount Ngu Binh is a precious gift from Mother Nature and together they create the classic beauty of Hue. This is also the reason why Hue is dubbed the land of the Perfume River and Mount Ngu. 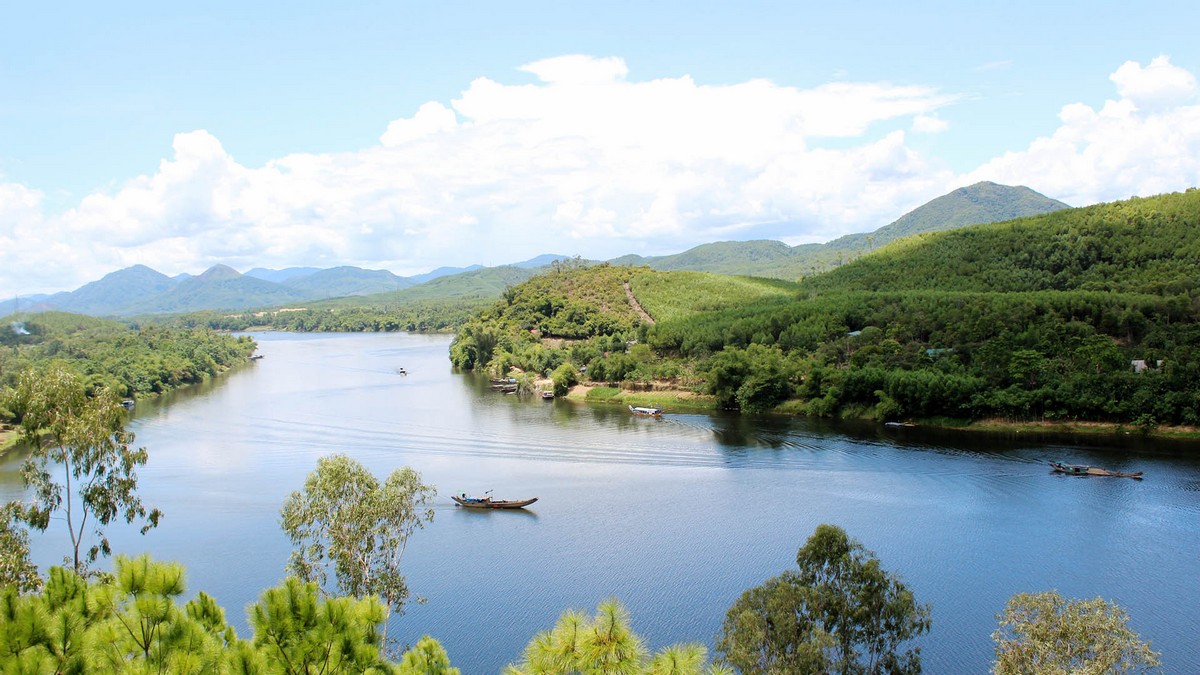 TOP TIPS: You can hike or book a cycling tour of the mountain and from its top you can enjoy a panoramic view of Hue and the Imperial City.

MUST SEE: Tran Hung Dao Temple at the foot of the mountain and Quang Trung Monument on Ban Mountain.

Lang Co Bay is located in Phu Loc District, at the foot of Hai Van Pass. With charming natural scenery, it was named one of the most beautiful bays in the world in 2009. Lang Co has almost everything that nature has to offer: tropical forests, white sand, blue sea and sunny weather all year round. 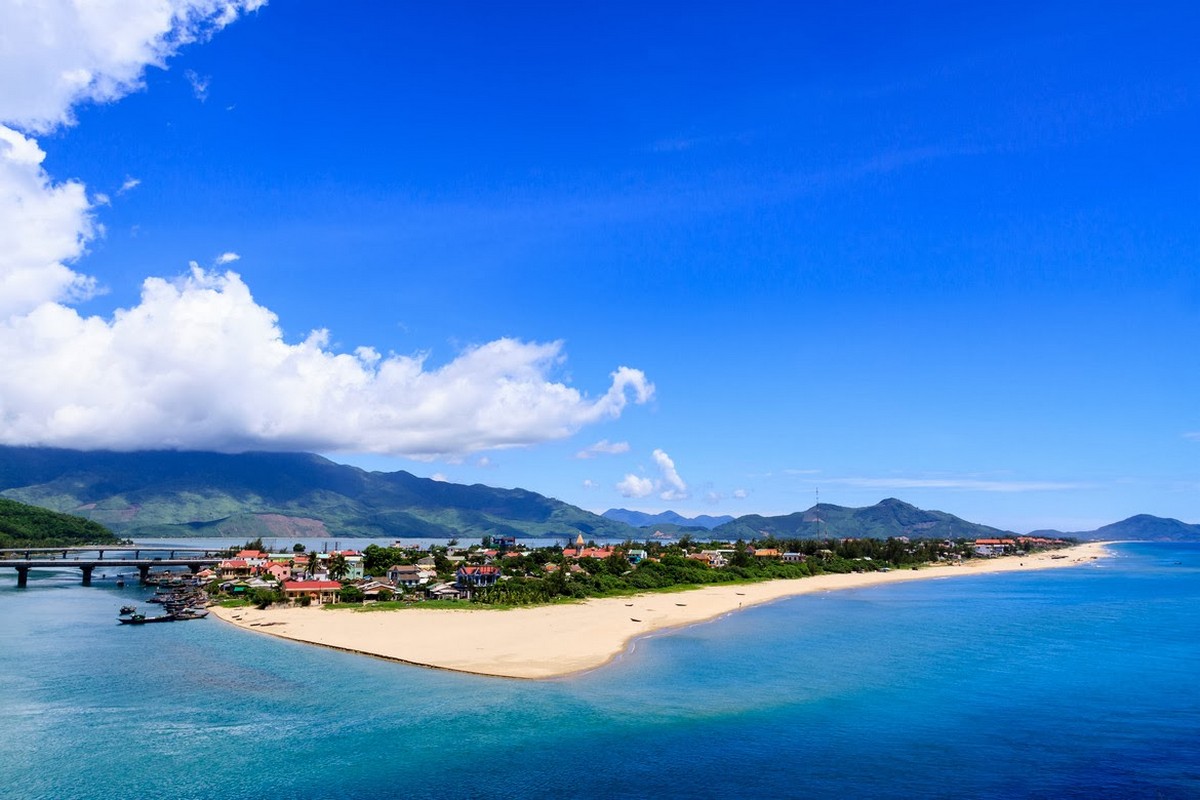 TOP TIPS: Lang Co bay is located 60 kilometres from Hue City Centre, 40 kilometres from Phu Bai International Airport and only 25 kilometres from Danang City via the Hai Van Pass Tunnel. Lang Co Beach is the ideal destination for those seeking a relaxing vacation, where you can lie on the beach and enjoy the green scenic views, play in the cool crystal-clear water or enjoy exciting beach activities.

MUST SEE: Lang Co fishing village, Lap An Lagoon and Chan May Bay. 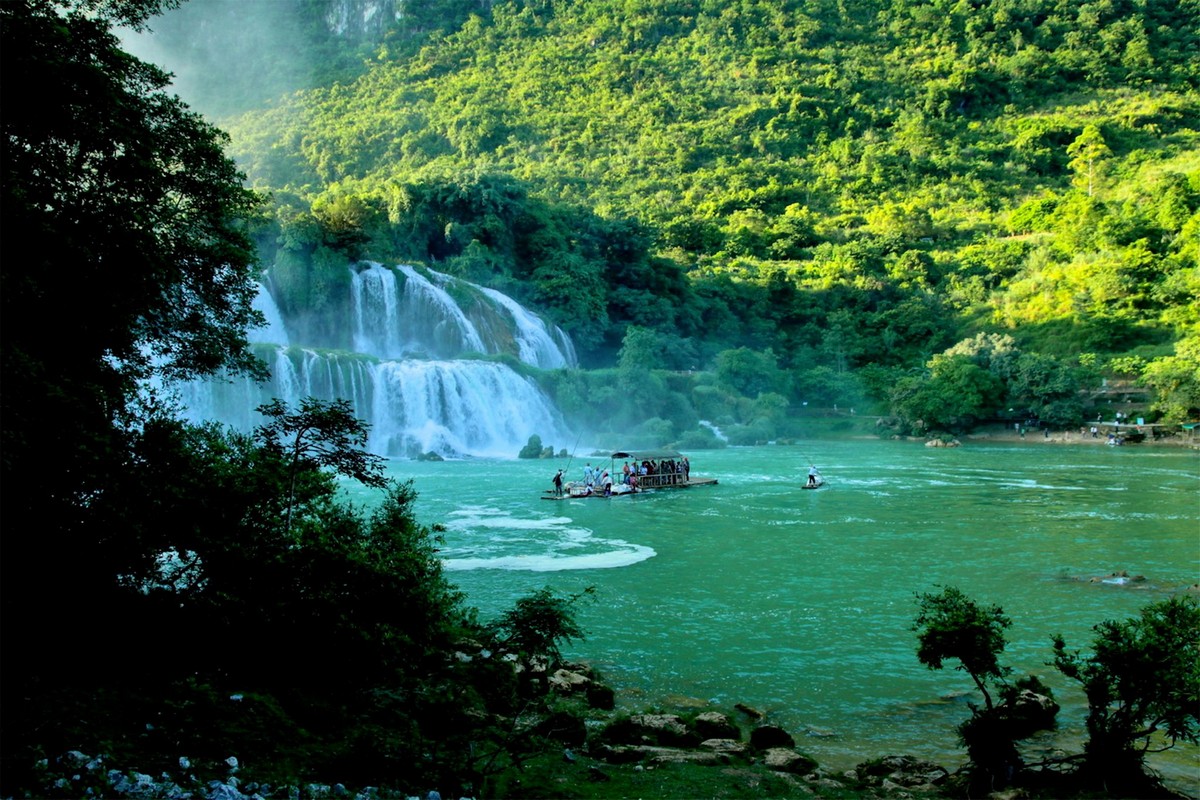 HAI VAN PASS – THE MOST SCENIC OF MOUNTAIN PASSES 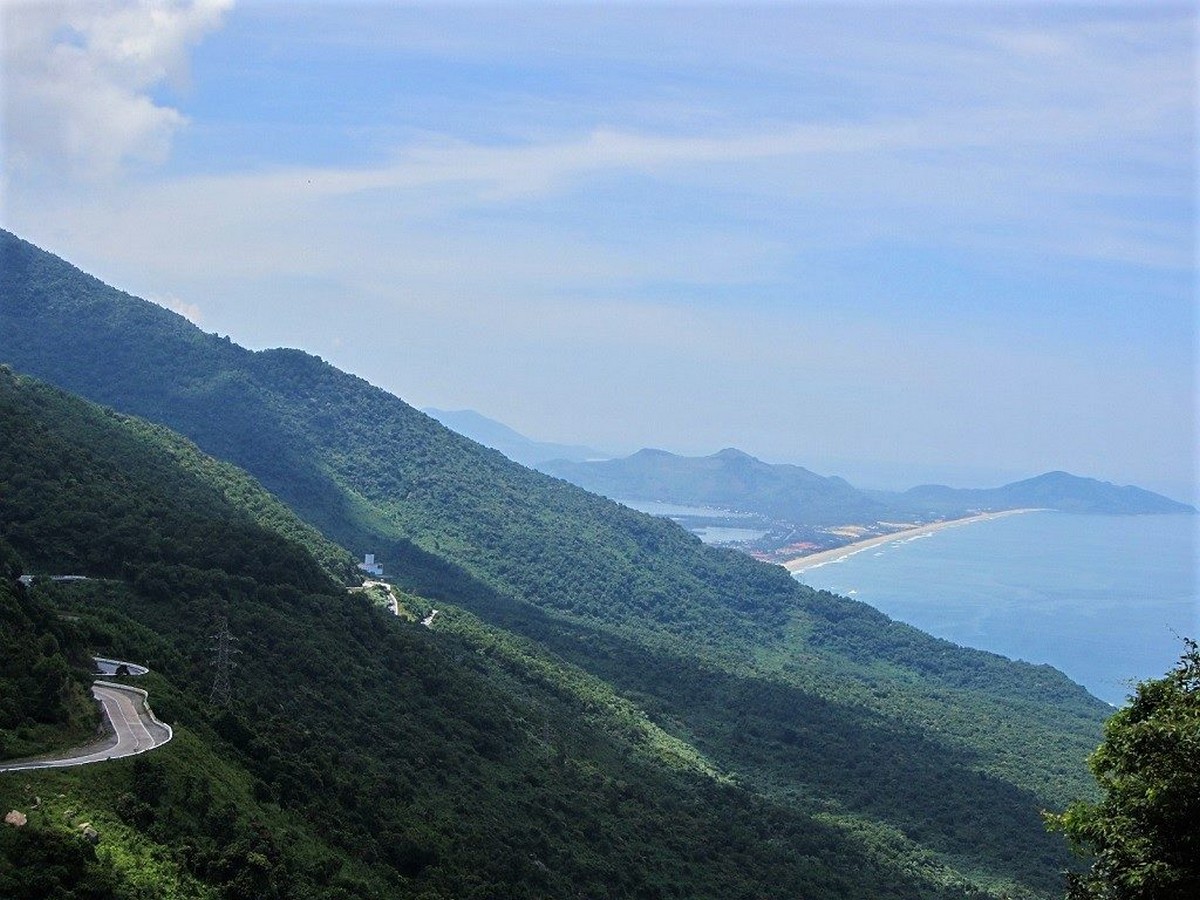 Hai Van Pass (also known as Ai Van) is the natural boundary between Thua Thien Hue and Danang. The Pass is 21 kilometres long, crossing majestic mountains and overlooking the vast ocean and is considered to be the most dangerous but also the most beautiful and scenic mountain pass in Vietnam. The top of Hai Van Pass is shrouded in clouds year-round, and at a height of 490 metres above sea level there is a historical relic of military architecture from the Nguyen Dynasty built by King Ming Mang in 1826. The front of the building says “Hai Van Quan” and the back says “Thien Ha De Nhat Hung Quan”. In modern times, it has become a popular attraction because from the top of Hai Van Quan, you can see Hai Van Pass running along the ridge of the mountain.