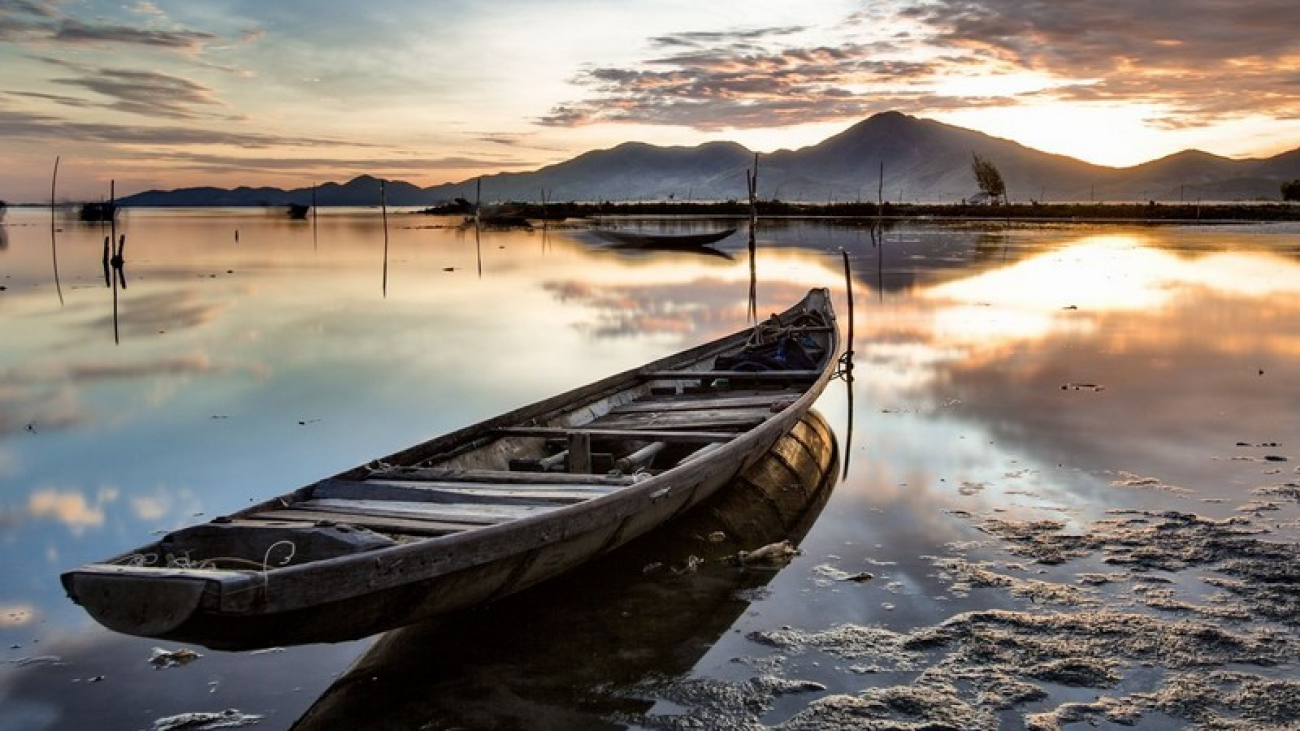 [Wanderlust Tips March 2019] Travel to Thua Thien – Hue in the afternoon, where to go and what to do to have the most enjoyable experiences? Here are eight suggestions from Wanderlust Tips.

TOMB OF GIA LONG – TOMB OF MINH MANG: RELICS FROM THE FIRST TWO KINGS OF THE NGUYEN DYNASTY

The Tomb of Gia Long, also known as Thien Tho Lang, is located about 17 kilometres from the city centre. The Tomb of Gia Long is a beautiful mix of nature and architecture showcasing the extravagant life of the first king of the Nguyen Dynasty.

The Tomb of Minh Mang, also known as Hieu Lang, is located about 15 kilometres from Hue City Centre. It is an architectural complex of over 40 buildings which includes palaces, castles and temples distributed symmetrically along the 700-metre Than Dao Path. The Tomb of Minh Mang exhibits the characteristics of the multitalented second Emperor of the Nguyen Dynasty. 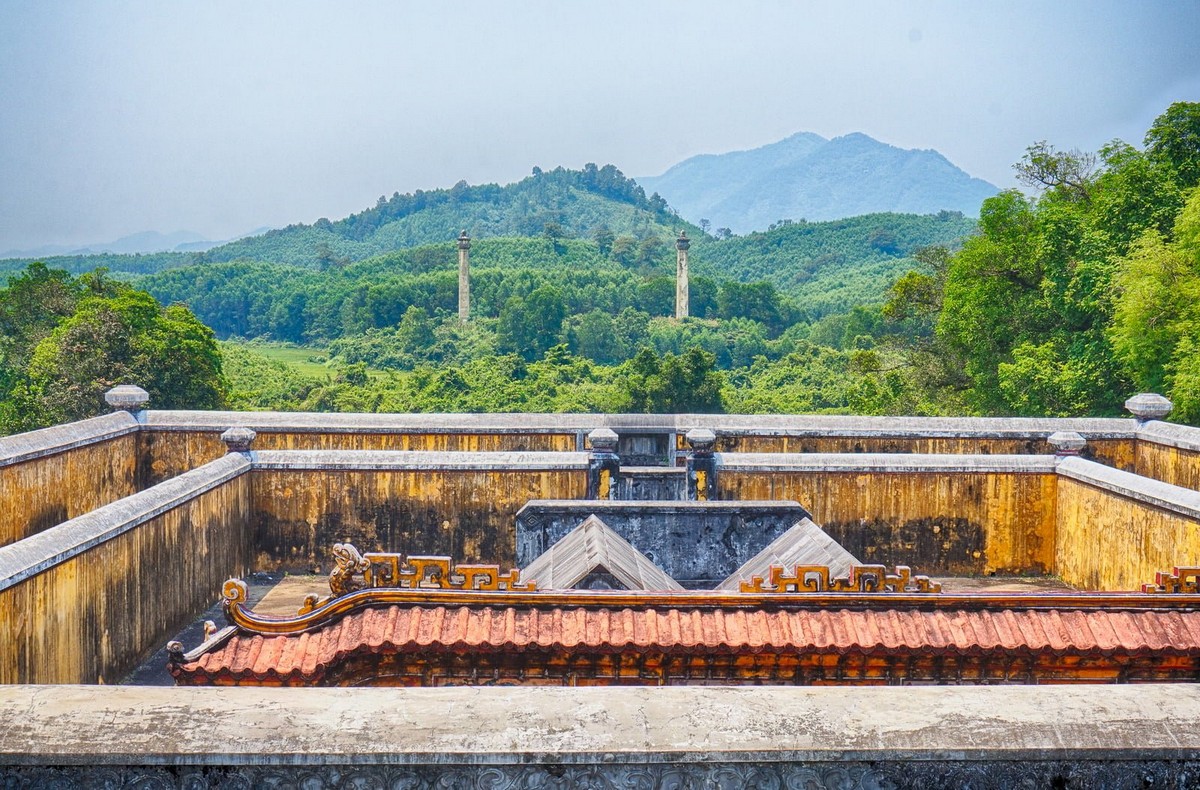 TOMB OF THIEU TRI – TOMB OF KHAI DINH: A BREAKTHROUGH IN ART AND ARCHITECTURE

The Tomb of Thieu Tri is also known as Xuong Lang and is located about 6 kilometres from Hue City Center. The Tomb of Thieu Tri is quiet and tranquil, displaying the king’s calm and reflective character. The Tomb of Khai Dinh covers a very modest area compared to the tombs of other kings, but it is artistically and architecturally significant. The structure combines architectural styles from Asia, Europe and Vietnam, and is the pinnacle of visual arts combining both porcelain and glass. 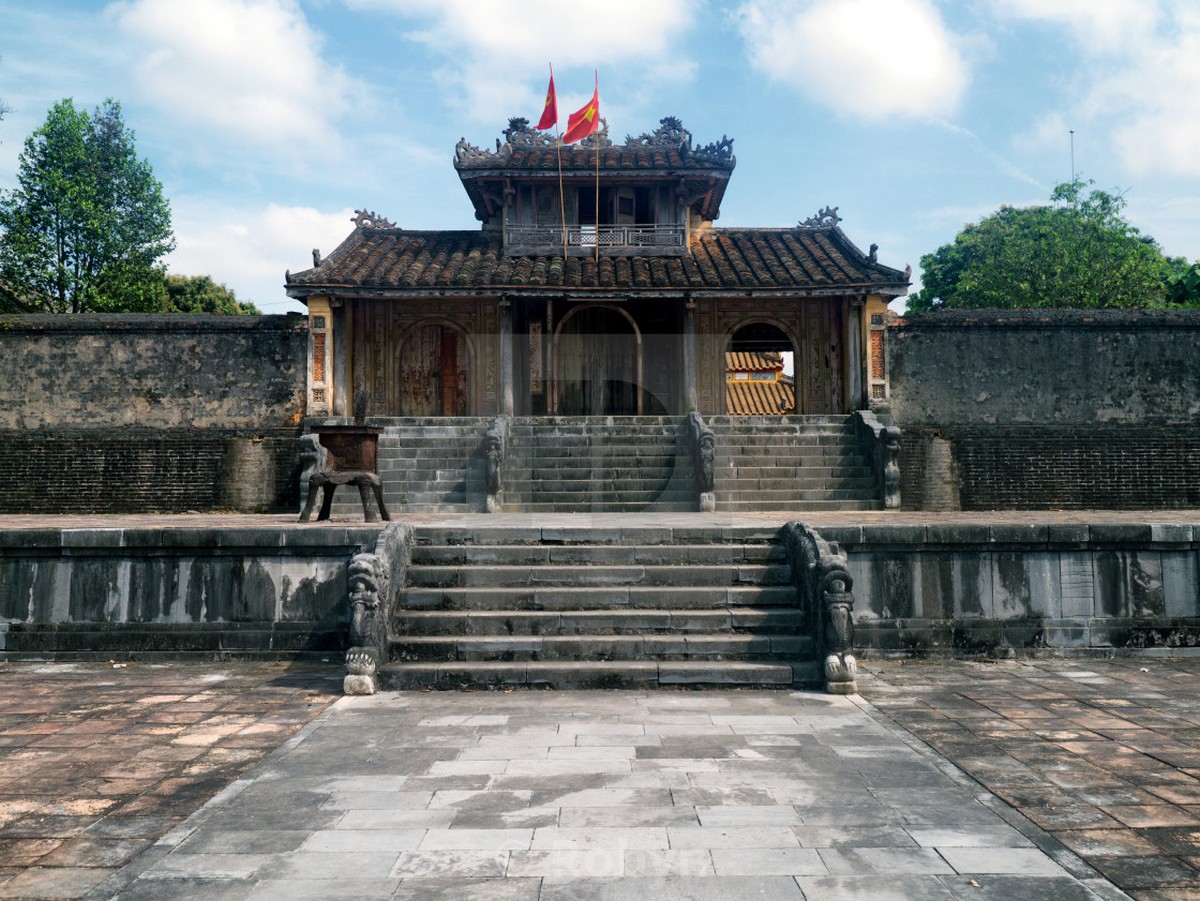 MUST SEE: Dan Nam Giao, located on Dien Bien Phu Street, was where the Nguyen kings paid tribute to the Gods. Thien An Monastery and Thuy Tien Lake are also nearby.

TOMB OF TU DUC – TOMB OF DONG KHANH: A DESIGN THAT SHOWCASES THE TALENT AND PERSONALITY OF THE NGUYEN EMPERORS

The Tomb of Tu Duc was designed in a romantic style, displaying the character of the compassionate king. The tomb of the 4th king of the Nguyen Dynasty is is situated inside an immense pine forest. There are 50 buildings inside the grounds, including the Minh Khiem Theatre, considered to be the oldest existing theatre in Vietnam. The Tomb of Dong Khanh (the 9th king in the Nguyen Dynasty) is a mix between the ancient style of the Tu Duc Tomb and the modern style of the Khai Dinh Tomb. 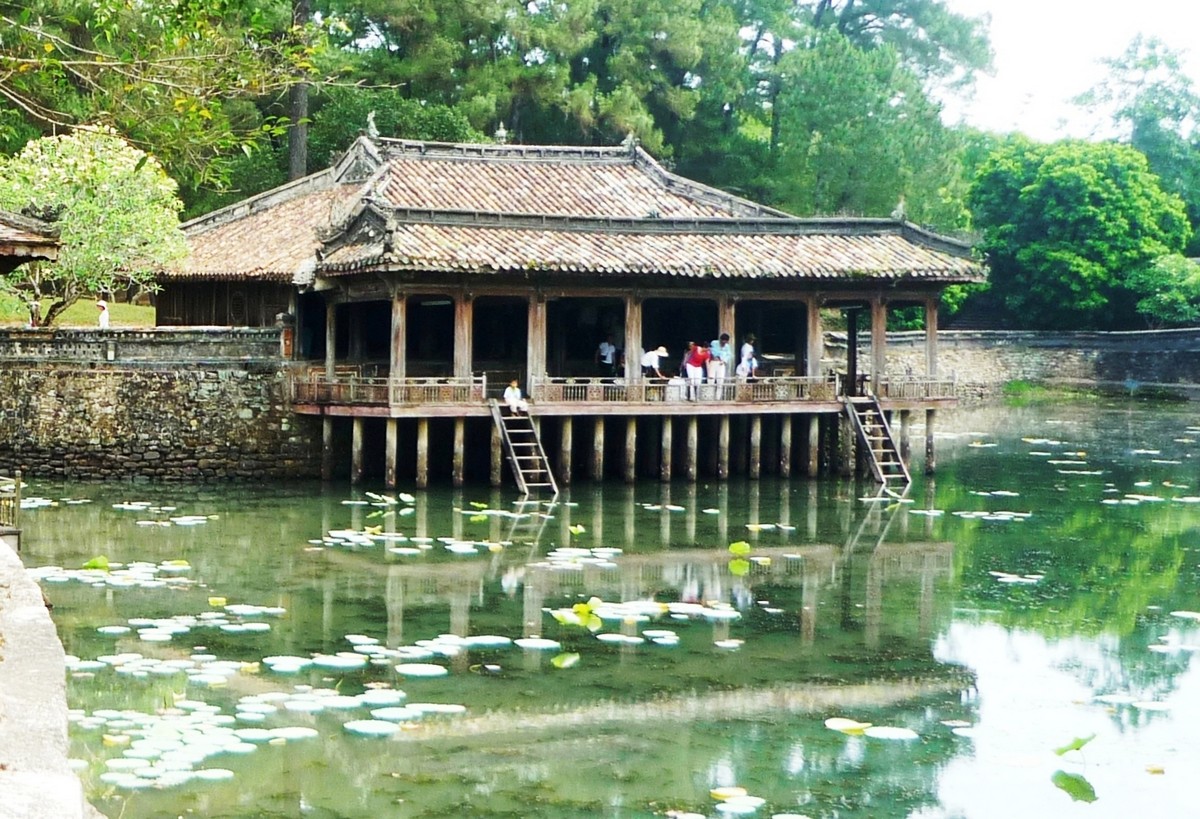 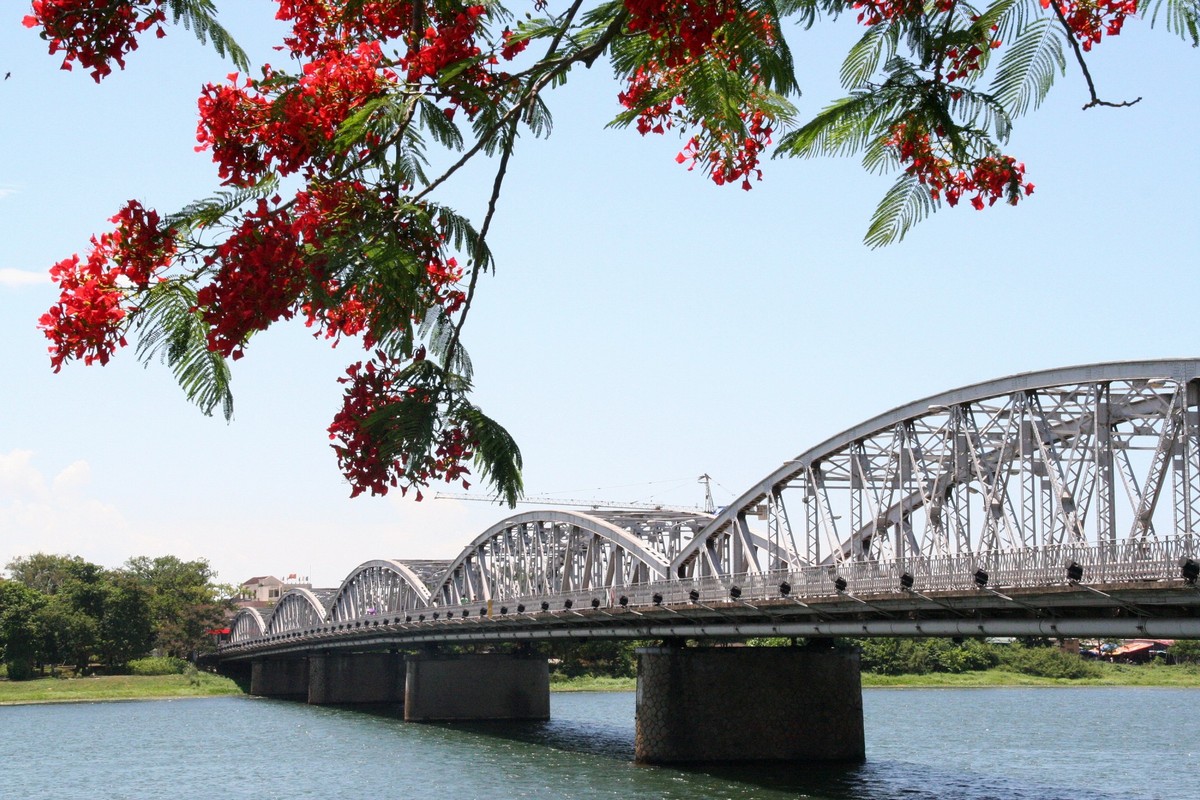 TOP TIPS: You can tour the city by motorbike, bicycle, cyclo or on foot. Most attractions are open from 7:30am to 5:30pm and some charge an entrance fee.

The garden houses of Hue combine landscaping and architecture, displaying cultural and historical values, which are both considered to be important parts of the heritage of Hue. Famous garden houses like Phu Mong or An Hien are located on the banks of the Perfume River. An Hien garden house (No 58 Nguyen Phuc Nguyen Road) is the most prominent with its unique architecture and landscape. An ancient house, with intricate carvings and interior design, it sits in a beautiful garden making you feel like you’ve entered a different world, a world that is strangely peaceful. 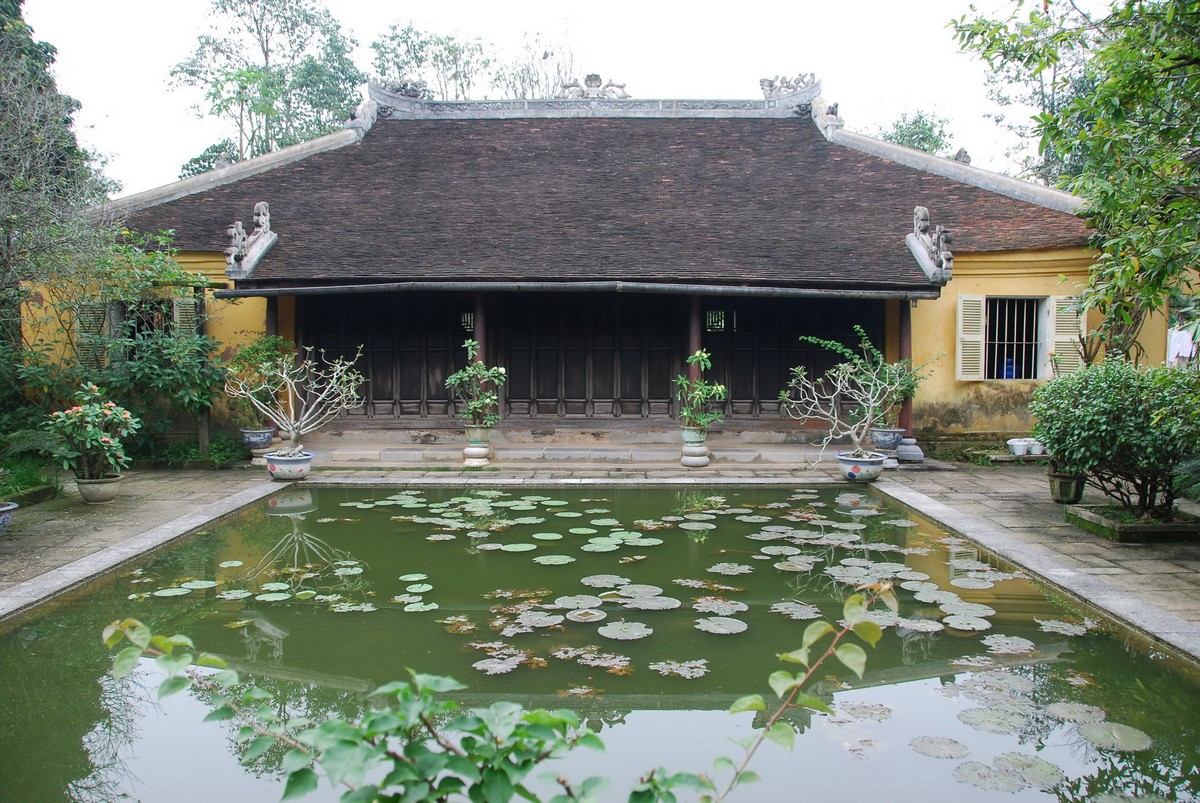 TOP TIPS: From downtown Hue, follow the northern bank of the Perfume River for about 2 kilometres and you’ll arrive at the homes of the aristocrats of ancient Vietnam.

For generations, the conical hat has served as a practical item to shade Vietnamese people from the sun and the rain. For Hue people, it has become a cultural speciality, and the poem hats have become attached to the image of Hue women in purple ao dais. Making conical hats has been a traditional craft in Hue for hundreds of years with many famous craft villages like Da Le, Doc So, Trieu Tay, Kim Long, Sia, and the most famous – Phu Cam Village (Phuoc Vinh Ward, Hue). 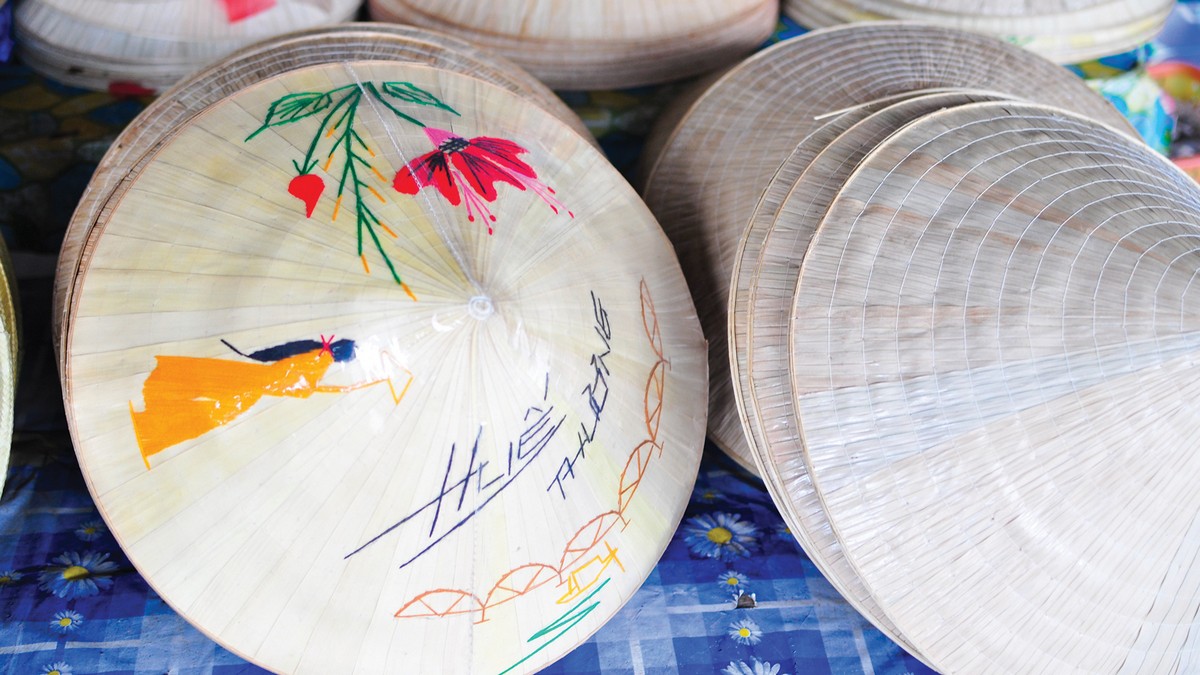 TOP TIPS: To make a poem hat, Hue artisans have to meticulously and diligently follow many steps. Visitors to the village can witness them being made and even try their hand at making their own conical hat. They are of course also available to buy as souvenirs for relatives and friends.

This particular lagoon system in Central Vietnam is over 68 kilometres long and covers the territory of some 5 districts in Thua Thien, Hue with the most prominent lagoons being Tam Giang and Cau Hai (also known as Chuon Lagoon). Located about 12 kilometres from Hue City Center, Tam Giang Lagoon is about 25 kilometres long with a surface area of about 52 square kilometres, stretching from the O Lau River to Thuan An Bridge and converging with the East Sea via the Thuan An Estuary. It is famous for being the largest brackish lagoon in Southeast Asia. Chuon Lagoon is located about 10 kilometres from Hue City Centre and by following Highway 49 toward An Truyen, Chuon Lagoon will appear gracefully before your eyes across the green fields. 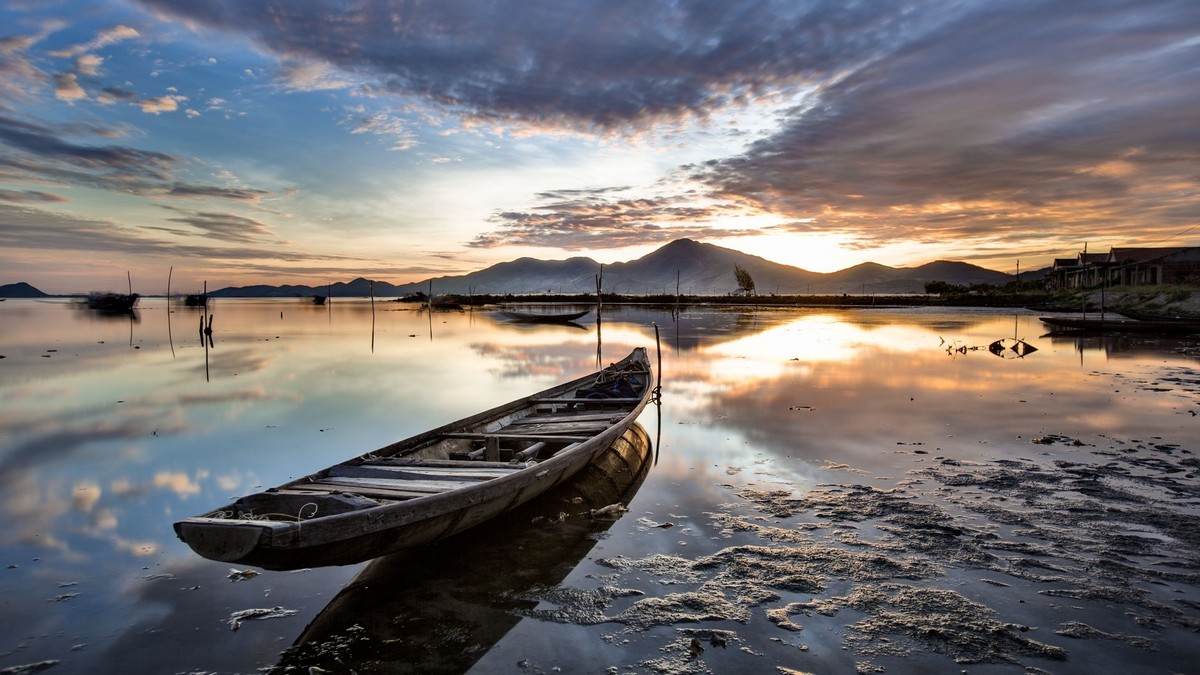 TOP TIPS: From February to July is the ideal time to experience the lives of the fishermen on the lagoon.

THUAN AN BEACH: A PLACE OF RELAXATION AND FUN

Thuan An Beach is located in Thuan An Town, Phu Vang District, about 15 kilometres East of Hue City Centre. This is a great place to relax after spending a day discovering the tombs, temples and landscapes of Hue.

Thuan An Beach attracts both locals and tourists, especially in the months from April to September when the weather is hottest. You can enjoy the taste of the famous rice wine from Chuon Village, fresh seafood grilled over charcoal fires at the beach and the traditional dishes of the locals. 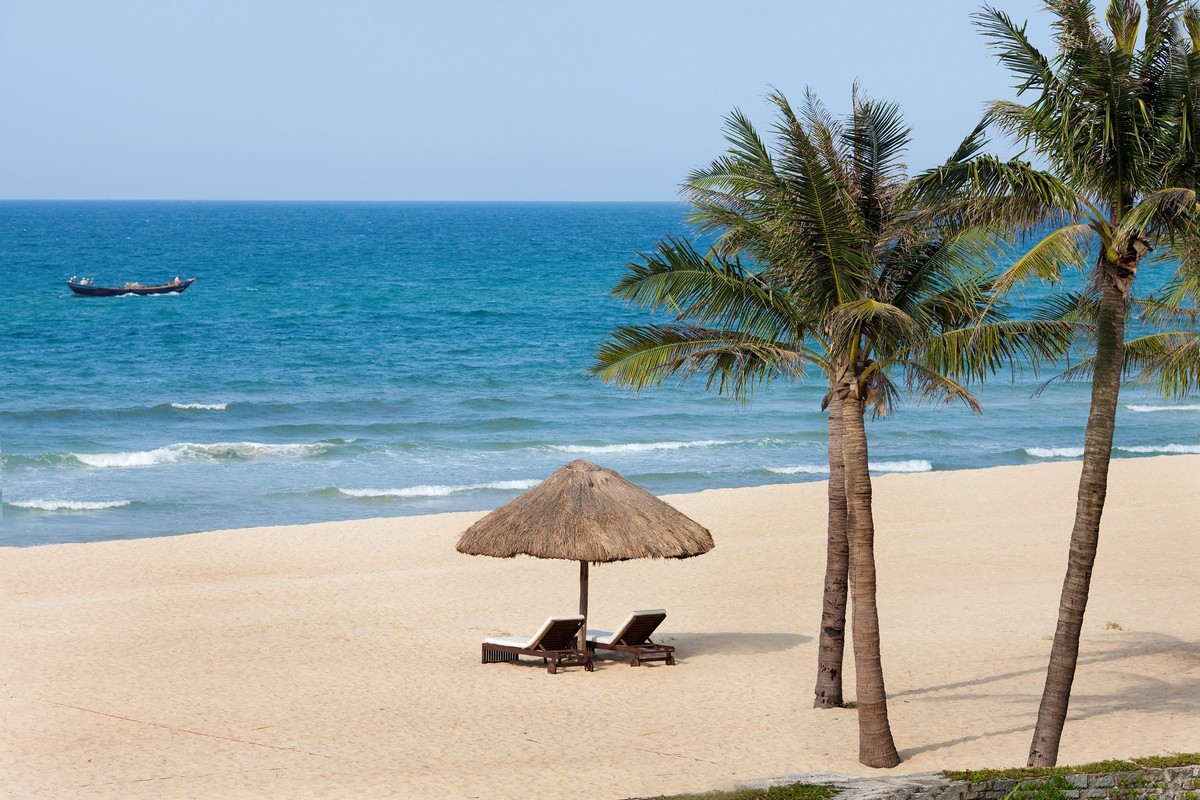