[Wanderlust Tips July 2018] A wedding is among the most sacred ceremonnies, making a milestone in human life. However, customs and wedding ceremonies vary unusual traditional 5 depending on cultures and countries. From weddings customs introduced by wanderlust tips, you can learn about special customs preserved and handed dowm from generation to generation in traditional wedding ceremonies around the world. 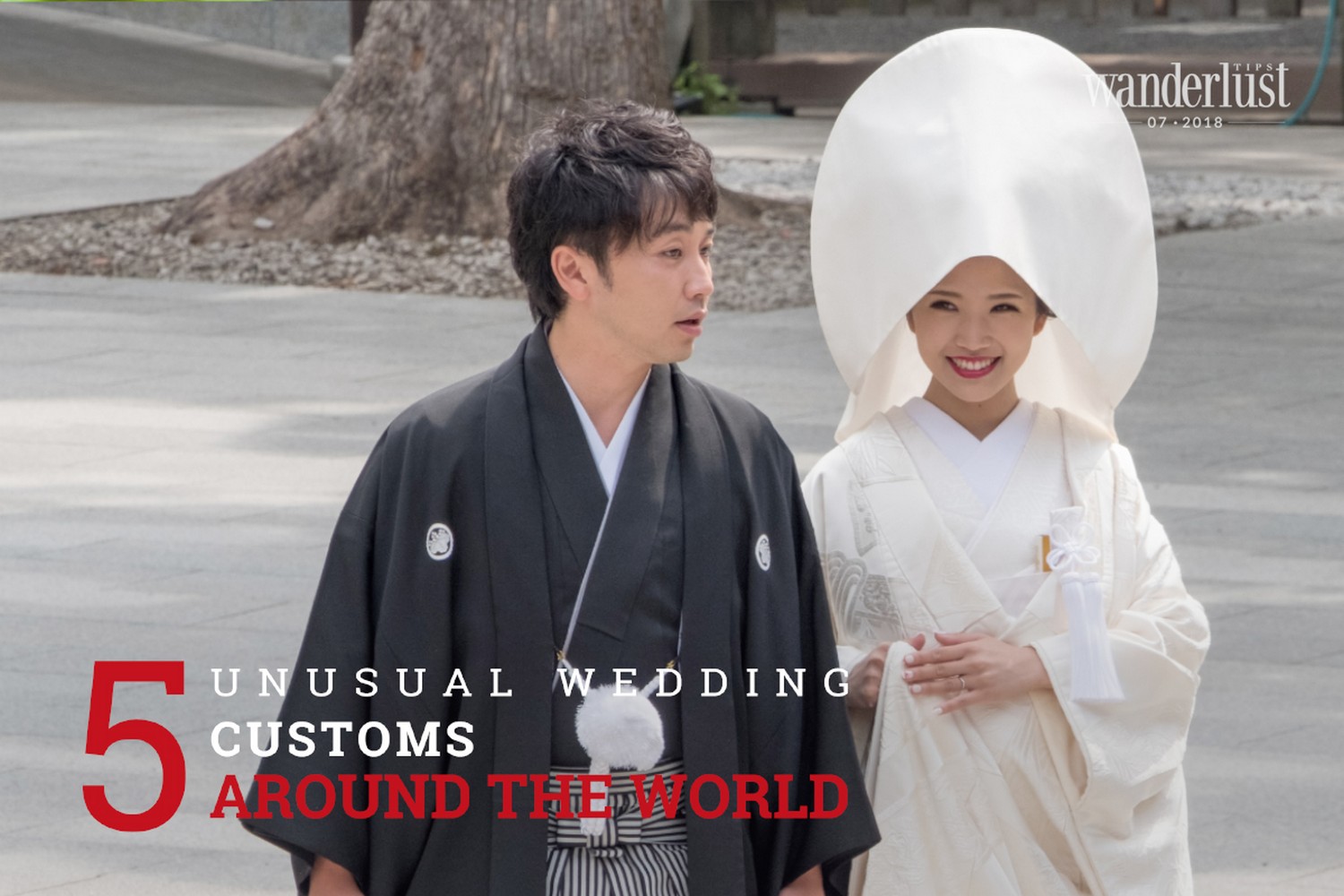 In Japanese, San-San-Kudo means “three, three, nine times”. The first 3 sips represent three couples – the bride and groom, and their parents. The next 3 represent three human flaws: hatred, passion, and ignorance. The final 3 sips are to get rid of those flaws. This ritual is meant to create a bond between the two families and deepen the couple›s relationship.

Accordingly, “san” in Japanese is number 3, “ku” is number 9, while “do” is a deliverance from the 3 flaws. Thus, San-San-Kudo means “three, three, nine times”. The Japanese chose number 3 because they believe that this number has a sacred meaning and brings good luck, according to Buddhism. For the Japanese, 9 is believed to bring good luck and happiness, a wish for the couple to live together forever.

When drinking, the bride and groom will stand apart from each other at a distance of a table’s width, looking straight into each other’s eyes. Each of them will sip sake and place the cups on the table at the same time.

After the first sip, they will be officially considered as wife and husband. There are also specific cups used to drink sake during this ceremony called “sakazuki”, which are three sets of two small sized, two medium sized and two large sized cups. The bride and the groom will sip three times from each cup starting with the smallest one. San-san-kudo is one of the oldest rituals in the Shinto marriage, dating back to the 8th century and was derived from noble families. Today, this ritual is considered a standard in traditional wedding ceremonies in Japan.

2. BEING FORCED TO BE OVERWEIGHT TO GET MARRIED

A big overweight girl with a large waist, a short neck, big breasts, and broad shoulders is considered beautiful, seductive, and the most valuable bride who is the dream of any man in Mauritania. Mauritanian men at the age of getting married prefer overweight women as their wives. 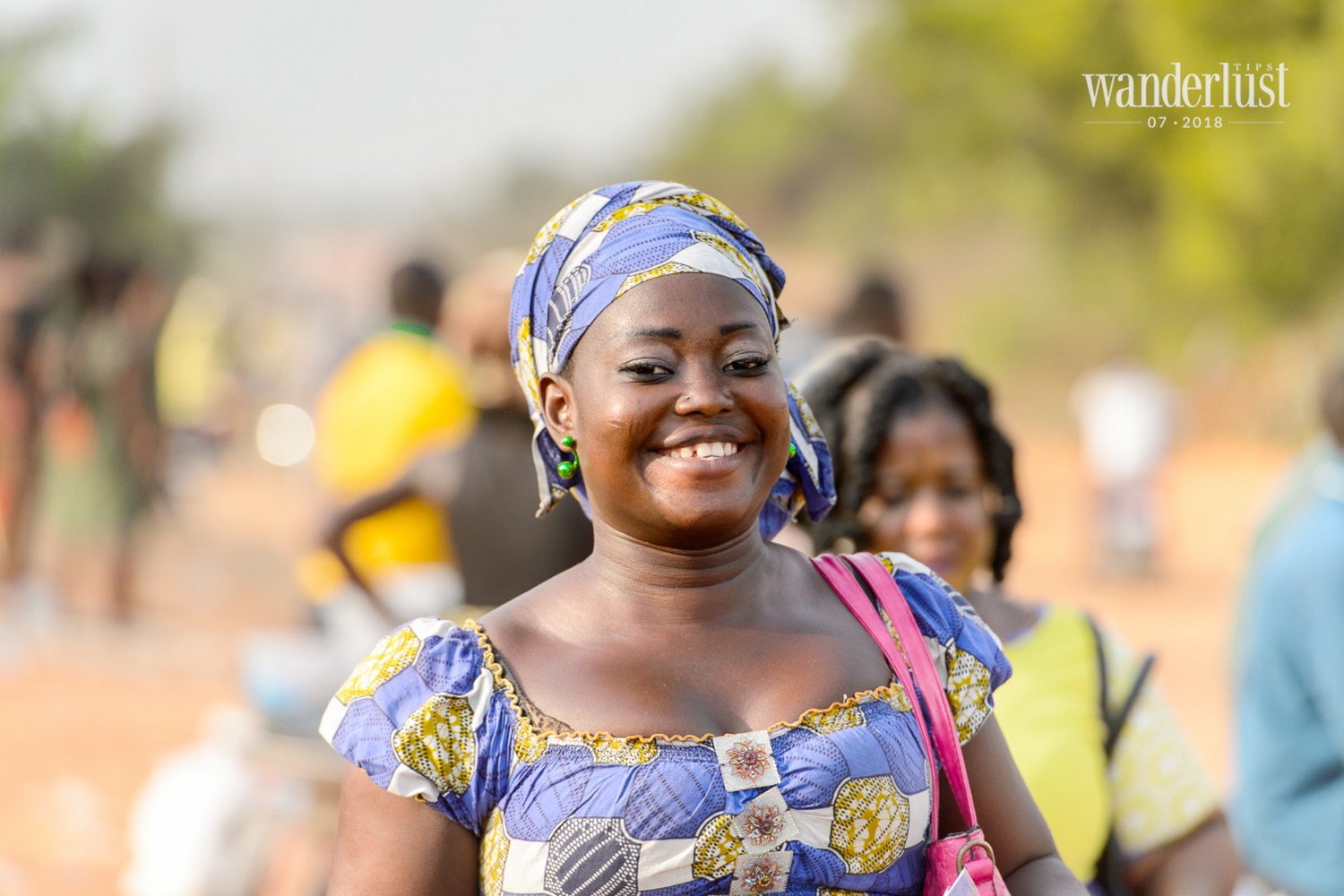 For them, the woman’s fatness symbolizes wealth and social class. They only want women who meet the standards such as a large waist, a short neck, big breasts, and broad shoulders. And any man will feel proud to marry a wife who has all of these standards.Therefore, overweight brides are the most desired ones for Mauritania men, and the bride’s family can rely on this standard to demand a large dowry. As a result, skinny girls usually feel pressured. That’s why at the age of eight until getting married, girls are carefully taken care of by their mothers with a nutritious diet, and they are forced to consume up to 15,000 calories every day – more than four times that of a male bodybuilder – to prepare for marriage.

For breakfast, girls have breadcrumbs soaked in olive oil and washed down with camel’s milk. They then have frequent meals throughout the day with goat’s meat, bread, figs, and couscous (wheat cooked with meat or meat soup), all with camel milk to drink. Following this diet for 2 days, the girls may gain nearly 6.5 kg. The girl who does not finish the fattening meals that her mother prepares will be punished, and many families would even tie the girl’s toes to sticks and if she does not eat, pressure is applied to the sticks to send shockwaves of pain through the girl’s feet. For a girl who has a slim body and cannot pick up weight, it means she will not be able to get married. And for the Mauritians, slim girls bring shame to their families and are often treated in disgrace.

This practice has been handed down through generations and is strictly abided by in Mauritania. It is said that the practice dates back to pre-colonial times when all Mauritania›s white Moor Arabs were nomads. The richer the man was, the less housework his wife had to do. Rich wives only sat still all day and left all of the household chores to black slaves. Gradually, they became fat. Therefore, a fat wife was a symbol of a man›s wealth. In addition, stretchmarks called “tebtath” are considered “jewels” of a woman and “lekhwassar” fat around the waist became the pride of ladies.

Therefore, the size of the body of a wife is considered a sign of her husband›s wealth. Today, women in Mauritania try to eat as much as possible to become fatter. The fatter they are, the more likely they could marry wealthy men, because they are the symbol of thehusband’s wealth.

The Germans have a very interesting wedding custom. Before the wedding, a couple will hold a party called Polterabend – “the evening with lots of broken porcelain”. This is a rather exotic custom in German weddings. In Polterabend, relatives and friends will bring household items such as bowls, cups, plates made of ceramics and porcelain to the party, not to give to the bride and groom, but smash in front of them. The Germans believe that the more they smash, the happier the young couple will be. After that, the bride and groom are expected to clean up the shattered plates. Cleaning the pile of shards means clearing away all of the troubles for only love to remain. Accordingly, the higher the number of bowls and plates are smashed before the wedding, the more the bride and groom have to clean up, the happier their marriage will be. 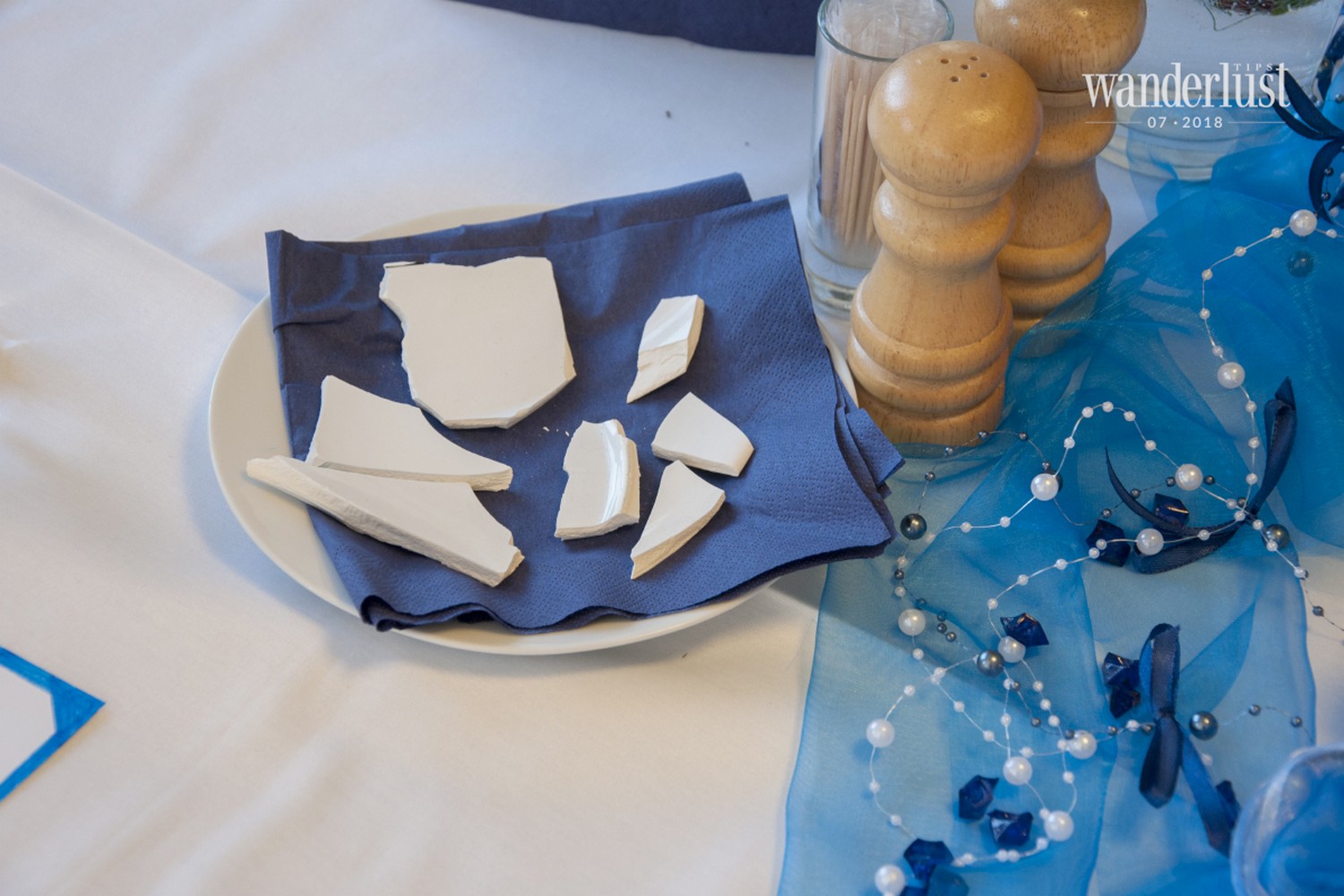 The custom of smashing plates is the way of Germans saying farewell to the single life to start a new chapter after marriage. It is also said that broken dishes symbolize the conflicts in the married life of newly married couples. And cleaning up the shattered plates together symbolizes that married couples will stay together through difficult conditions and situations in life. This ritual is also a way to familiarize them with the difficulties and challenges ahead in order to quickly overcome them.

The origin of this unusual custom is still unknown, but it has been handed down from generation to generation and has become indispensable at weddings. Polterabend is just a small part of the wedding, but it shows the spiritual significance of every traditional wedding in Germany – a country with rich history.

4. THE BLACKENING OF THE BRIDE

In some regions of Scotland, before a woman can get married to the man she loves, she and her groom must undergo an extremely interesting ritual called “The Blackening of the bride”. This custom originated in Balintore village, Scotland where the family, close relatives, neighbors, and friends will cover the bride and groom in all manner of disgusting things. To carry out this ritual, they will prepare dead fish, spoiled food, flour, sausages, sauces, mud, even sour milk, eggs, honey and many other things, then mix them together and pour over the couple. After that, the bride and groom will be driven in the truck and carried around the village for several hours in cheering screams, drum beats, and honks as wishes for the lovebirds. Finally, they will be hung onto a tree for a long night. 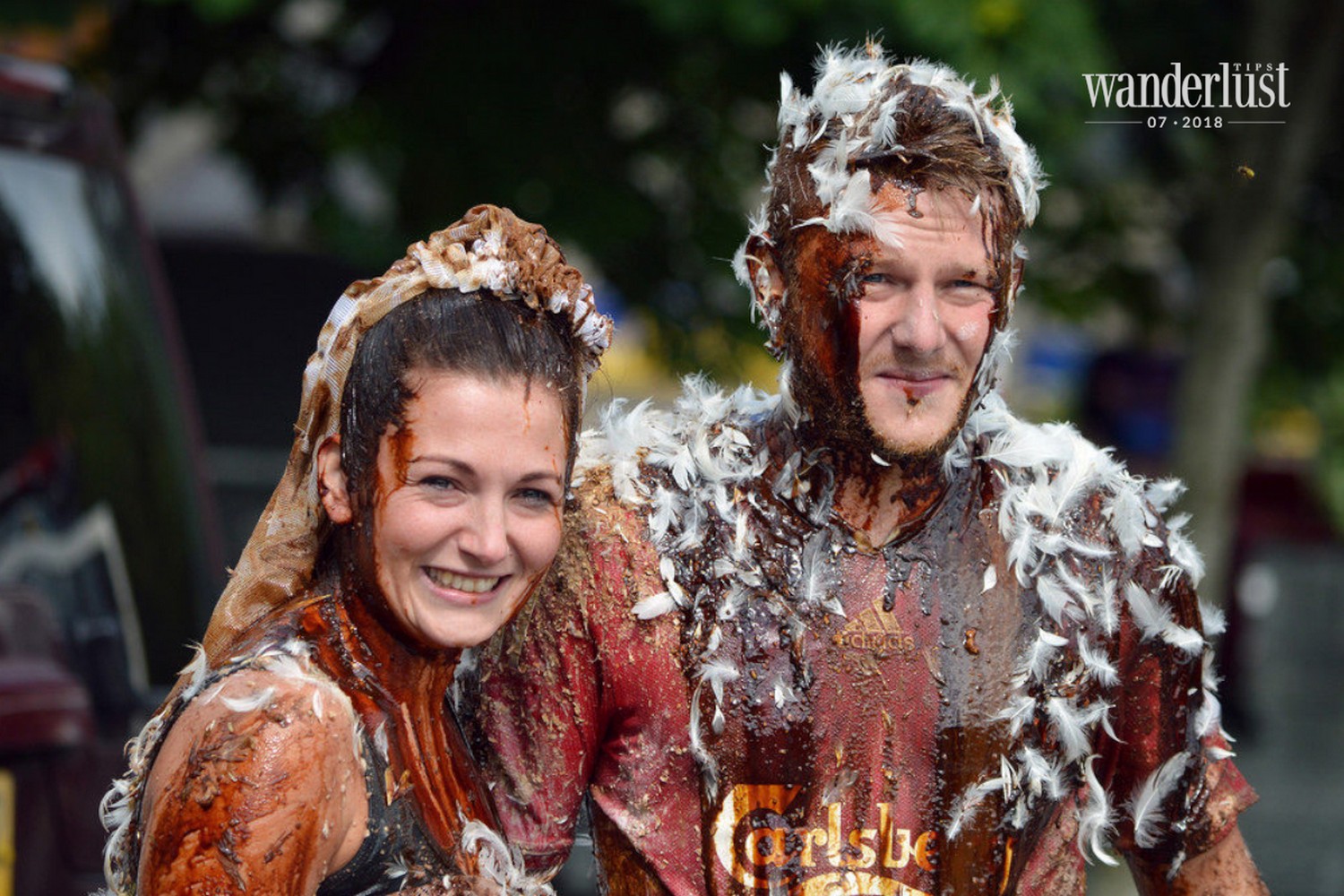 The Scottish believe that this ritual will help the young couple ward off evil spirits. If they can undergo and suffer such torture, they will overcome all problems of marriage. Then, the young couple will be happy for a long time and overcome all kinds of difficulties to live together until the end of life. This is a way to help them be stronger and face the challenges of life. Today, this ritual has still been preserved by modern couples as a specific cultural feature, but it can be carried out more gently. Some brides and grooms just blacken their feet with ash or slag, not the whole body.

5. MEHNDI DRAWING PATTERNS ON THE BRIDE’S HANDS AND FEET

Drawing patterns on the bride’s hands and feet is an Indian traditional ritual, called Henna or Mehndi. Henna is an indispensable part of the Indian wedding celebrations. Henna is a type of tattoo drawn on the body, especially the palms of the bride-to-be. For an Indian bride, Henna tattoos are considered as precious as jewelry and a very important part of the wedding, and to enhance the brides’ own natural beauty. 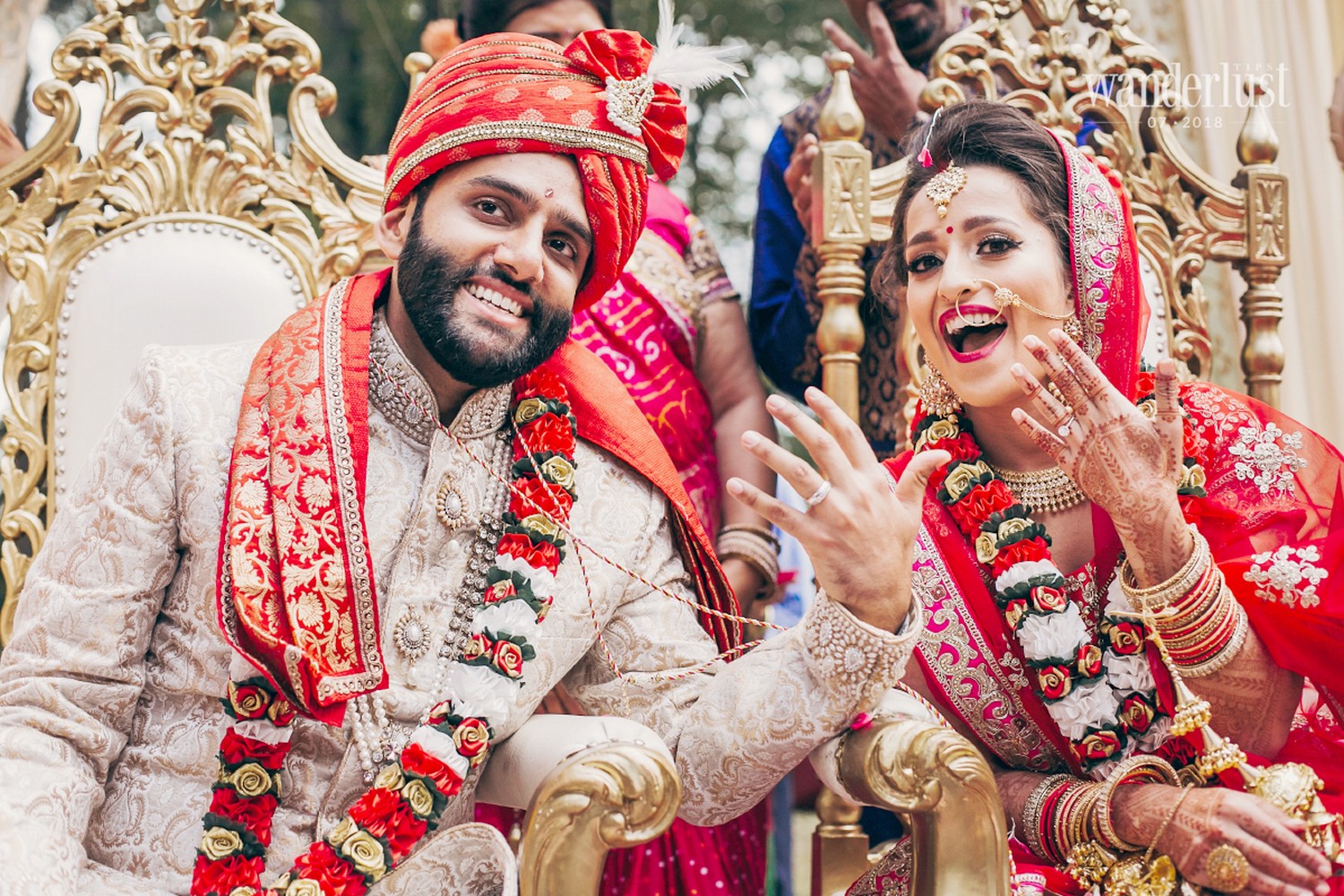 Previously, the Henna ceremony used to take place in the morning before the wedding day and was only meant for the bride, female relatives, and friends, men were not allowed to take part. Today, it is organized at the wedding venue with the participation of both the bride and groom. People use dried henna leaves for Mehndi drawing. The green powder is made by drying, milling and sifting the leaves, then it is mixed with other ingredients and soaked overnight. Finally, the Henna is ready to use. People who paint the bride with henna may be her relatives, friends, or a professional artist. The drawing can be simple or complex depending on the bride’s preferences. Henna is drawn on the front and back of the palms, forearms, soles, and on the knees.

The elaborate henna designs are very diverse; the most common designs include floral, peacock, and paisley patterns. Each design signifies its own meaning and is associated with luck, nobility, and elegance. The peacock represents beauty, the flower means joy and happiness, and paisley signifies fertility and luck. In addition, there are many other motifs of birds, butterflies, vine trees and leaves, buds and moiré patterns. These colorful designs are thought to be good for health because the henna powder has a body cooling and muscle relaxing effect. This is why henna is drawn on the hands and feet where many nerves run through. The name of the husband will also be skillfully blended in these designs to show the deep bond between the husband and wife. It is commonly believed among Indian traditions that the darker the color of the Bride’s Mehndi, the more her husband will love her, the less it fades, the more stable their bond will be.

With henna on the hands, the bride will not have to do any housework and be taken care of until it fades, for at least 1 to 2 weeks. For an Indian bride, the honeymoon is a time when she does not get into any trouble with her husband’s family, and she is as happy as the henna on her body expresses. But when the Henna fades away, it is also a sign that she is actually entering a new life, new relationships, and new contradictions. Mehendi is not required for the groom, but if he wants, dots or simple designs can be drawn on his hands and feet. Henna is not simply about beauty, it also signifies hope for the long-lasting happiness of an Indian girl when she gets married, as well as the Indian beliefs handed down from generation to generation.