Travel on water has long been a wonderful and novel experience. Instead of sitting in the restricted space of an airplane, train or car, you can float on the water and take a deep breath of the sea breeze. And surrounding you is blue water and the vast sky.

Inspired by a maddening idea, the architect Ignor Lobanov turned a utopian project into a reality when constructing the Star – a super unique yacht with structures far beyond human imagination. It can be said that the Star’s design is not like any previous yachts, it was designed to resemble an iceberg floating on the water. The Star was also inspired by stars, so from another perspective, the Star looks like the perfect reflection of a star on the water. 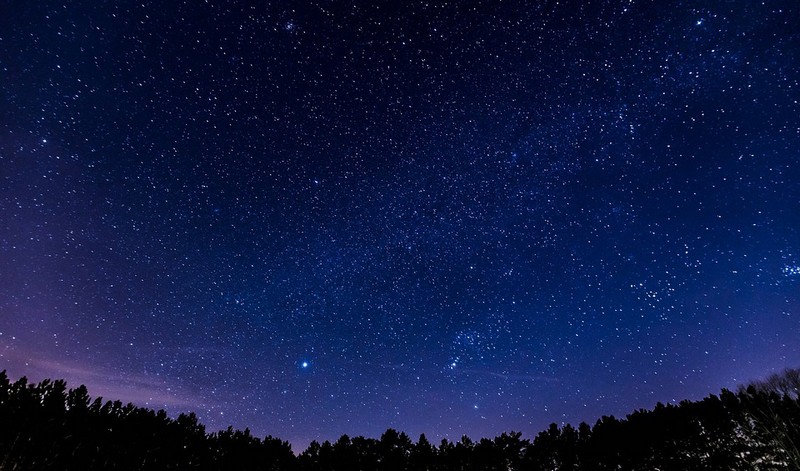 The Star can be used as a private yacht or a floating hotel with capacity for 200 guests during the day and 36 overnight guests. On the yacht there is a helicopter landing pad, underwater observation deck and four elevators leading to the eight main decks. With nearly 3,500 square metres of luxury resort space, the Star can reach speeds of 18 knots.

The highest deck of the yacht has a view of 20 kilometres. The unique design also allows the yacht to easily change direction without being constrained by conventional anchors.With such outstanding features, the price of a Star yacht is not cheap at about 400 million Euros (more than 10,000 billion Vietnamese Dong).

2. GRANTURISMO 40 A BREAKTHROUGH IN THE WORLD OF SPORT CRUISES

“Elegant, perfectly organised interior and luxurious style,” is what people say about the Gran Turismo line built by the world-famous Bénéteau Group. The most prominent among this cruise line is the Gran Turismo 40 – the boat impressing yacht enthusiast with its perfect balance between strong sporty temperament and practical features that make life on board easy and luxurious. To create this novel variation, Bénéteau Group has cooperated with well-known designers Nuvolari and Lenard – who created the best sport cruise of the same class.

With the talents of these two well-known designers, the Gran Turismo 40 offers as much pleasure to the eye as it brings to all the senses and sailing. A streamlined hull and a hardtop with carefully designed side glazing accentuate elegant lines. With her central driving console and the latest generation of Air Step hull, she offers excellent sensations and safety when travelling at up to 65km/h. The Volvo Z Drive engine makes this new motorboat particularly manoeuvrable.

Also, the Gran Turismo 40 has a hardtop, which can be pushed right back. The electrically powered side glazing means that the ultra-spacious cockpit can be freed totally to accommodate up to twelve people. The conversion of the cockpit seating into immense sun-loungers increases the boat’s relaxation space further, adding to the boat’s already generous 4m2 sunbeds with adjustable backrests on the fore deck. The layout of the lower deck provides a feeling of space, which has never been seen before on a boat of this size, with her two cabins, and a bathroom with separate shower.

The Gran Turismo 40 will fascinate anyone with the most unique and groundbreaking details, offering the ultimate experience for anyone who owns or has a journey on this classy cruise. Tam Son Yachting exclusively imports Bénéteau Group’s Gran Turismo to Vietnam.

Himiko offers visitors a completely different experience when travelling to Tokyo (Japan). Instead of watching the city with the high buildings and busy streets, you are able to admire a more romantic and spacious Tokyo when floating in the bay. 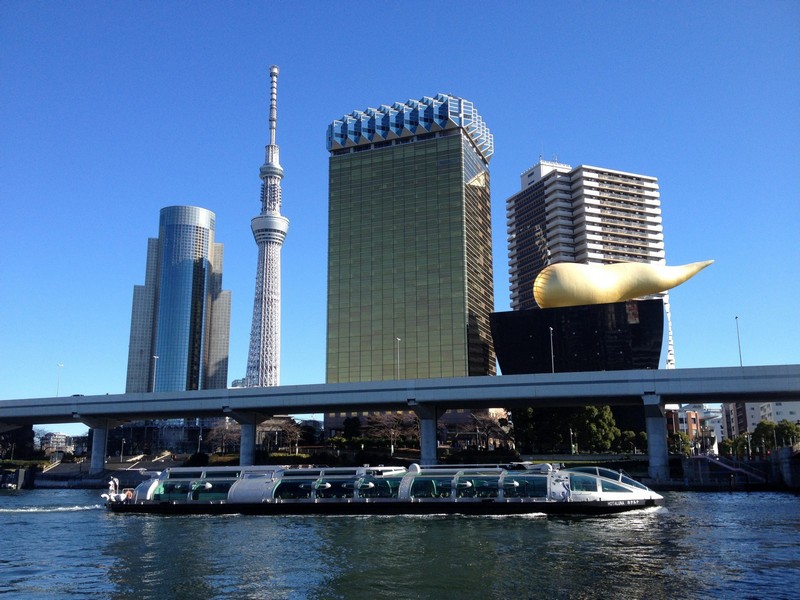 Himiko Cruiser was designed by the Japanese manga illustrator and cartoonist Leiji Matsumoto. The unique shape of the yacht is based on the shape of a tear with curved windows and floor panels shining at night. Besides the impressive exterior, when walking inside you will feel like travelling in a beautiful glass spaceship. Broadcasts on board are performed by the manga characters Tetsuro Hoshino and Maetel who served on the ship in Reiji Matsumoto’s famous manga ‘Galaxy Express 999’, which gets children and fans of the series extremely excited.

Himiko promises to take visitors on a fascinating, relaxed route around Tokyo. You can take the Asakusa – Odaiba Direct Line lasting 50 minutes for 1,560JPY (~VND311,000) per person. On some special occasions, Himiko is also used for sea journeys taking about 2 hours, which include lunch or dinner so guests can enjoy a delightful meal on the water. The ticket price is JPY6,000-15,000 (~VND1,200,000-3,100,000) per person.

4. ADASTRATHE PINNACLE OF TECHNOLOGY – CONTROLLING A CRUISE BY IPAD

This masterpiece is owned by billionaire Anton Marden, who spent USD15 million to buy Adastra with its 42.5 meter long body, capable of extending beyond 50 metres with a single gesture: touching his iPad’s screen! Looking at this novel super-yacht, many people think it suits the task of flying across the sky rather than surfing on the ocean. The nose of the boat is long and pointed, with two curved wings that are artfully designed, with only a small part of the yacht in contact with the water while it is moving, making it extremely gentle and smooth. 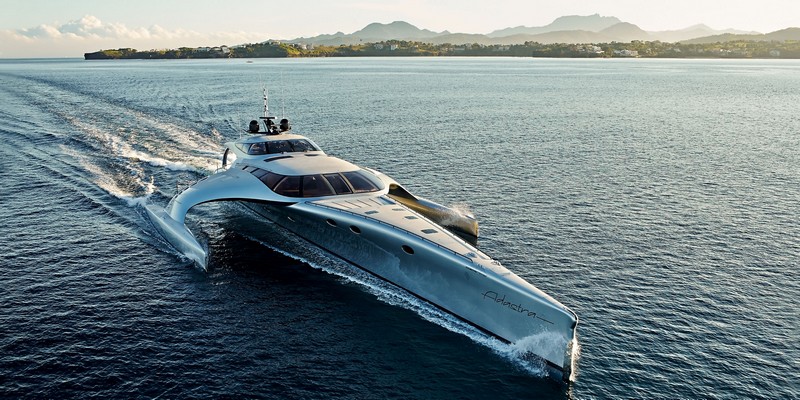 Adastra offers comfortable accommodation for 9 guests and 6 crewmembers. The 16-metre wide body gives the main deck an expanded panoramic view with a living area, dining table and positioning station on the yacht. The stern section has extra seats, a bar and space for a 4.9-metre feeder and a garage right below for another 3.1-metre long feeder. The innovative design and high-tech equipment made Adastra win three major categories at the prestigious yacht design award in Monaco, including the most impressive marine engineering award.

Just imagine: you would be thrilled to travel on a solar super-yacht around the world. And this idea came to life with MS Turanor Planet Solar. In 2012, the Turanor cruise began its journey around the world and the trip ended successfully with a stop in London, England. 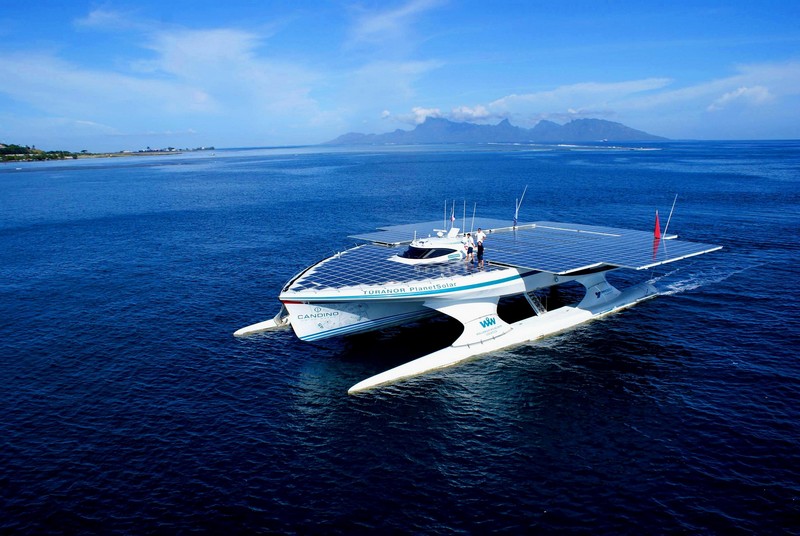 The name Turanor is based on a word meaning “solar power” in the novel Lord of the Rings by famous author JRR Tolkien.Turanor was designed according to the ideal of a Swiss ecologist named Raphael Domjan. However, New Zealand’s LOMOcean Design provided the technology of the yacht.

This is a catamaran designed to save energy by cutting waves while travelling, rather than riding on the waves. Turanor weighs 8.5 tons, is 31 metres long, 15 metres wide and 7.5 metres high, has 536 square metres photovoltaic panel equivalent to 2 tennis courts. The yacht has an average speed of 7.5 knots, equal to the speed of a tanker.
Turanor’s battery is capable of storing enough power for the yacht to run for 72 hours in the absence of sunlight. The yacht has enough space for 60 people. In contrast to the diesel fuel trains, passengers on MS Turanor Planet Solar do not hear an engine sound. It glides gently across the ocean. The price of this yacht is USD16 million (over VND363 billion).

Worthy to be honoured on this list, MS Turanor Planet Solar has ushered in a new revolution for the use of clean energy, making trips much more meaningful.