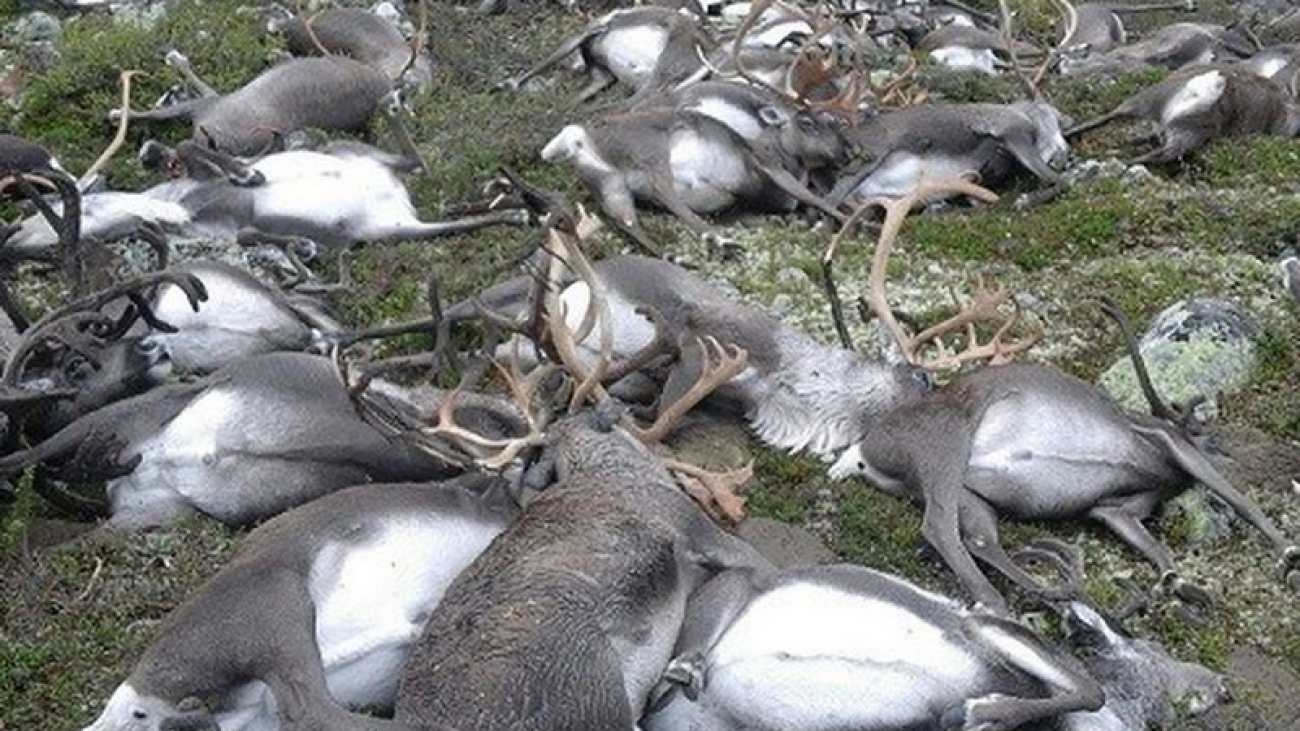 (#wanderlusttips #Nationalpark) A single lightning strike killed  323 carcasses scattered across a small, isolated area  in Hardangervidda National Park, a plateau-like park in south-central Norway, home to Europe’s largest herds of wild reindeer, according to its website.

One of the agency’s inspectors discovered the dead animals over the weekend after a storm passed through.

Wild animals are occasionally struck by lightning, but the agency has never seen so many killed at once, informed spokesperson Kjartan Knutsen. 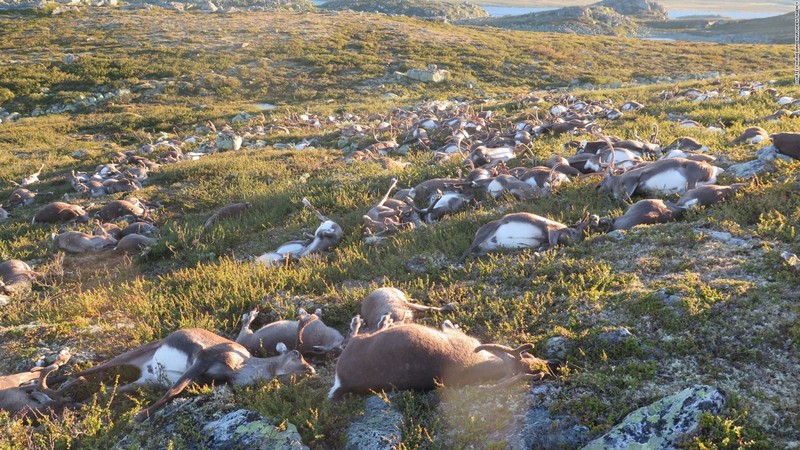 “We have never experienced such numbers before. This is very large,” Knutsen said. He said the wild reindeer were huddled together because of heavy weather on Friday, when the strike occurred,” said Knutsen. “That’s why it’s possible for the lightning to kill so many,”

Humans rarely visit the remote area. The dead reindeer were found by one of the agency’s inspectors because Norway is in the midst of its annual wild reindeer hunting season.

Knutsen said five reindeer were still alive when the inspector came across the scene, but they had to be euthanized.

He said the agency has now begun taking samples from the dead animals as part of a health survey.

The dead reindeer were still on site Monday. While the agency usually does not remove animals when they die in the wild, it is currently considering other options because of the large numbers, Knutsen said. 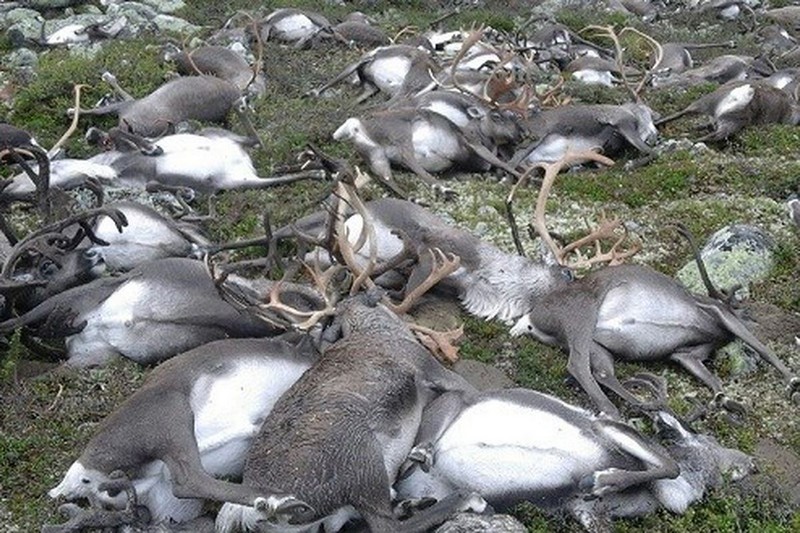 It’s not the first time a large herd of animals have been killed by lightning. In 2005, 68 cows were killed in Australia by a single bolt.

The park, which is located on the area of over 3,000km2, is the largest natural reservation in Norway and is known as the favourite destination for many hikers with many interesting hiking routes and stunning landscapes.