[Best Hotels – Resorts Awards 2019] Thanks to the creation of the General Director and producers team, the enthusiasm of the artists, along with the perfect synchronisation of the top-of-the-range lighting and sound effects technology, The Quintessence of Tonkin show created spectacular performances. Each scene uniquely tells a story that enriches the cultural and historical beauty of an individual land or the whole nation, touching the hearts of domestic and international audiences. 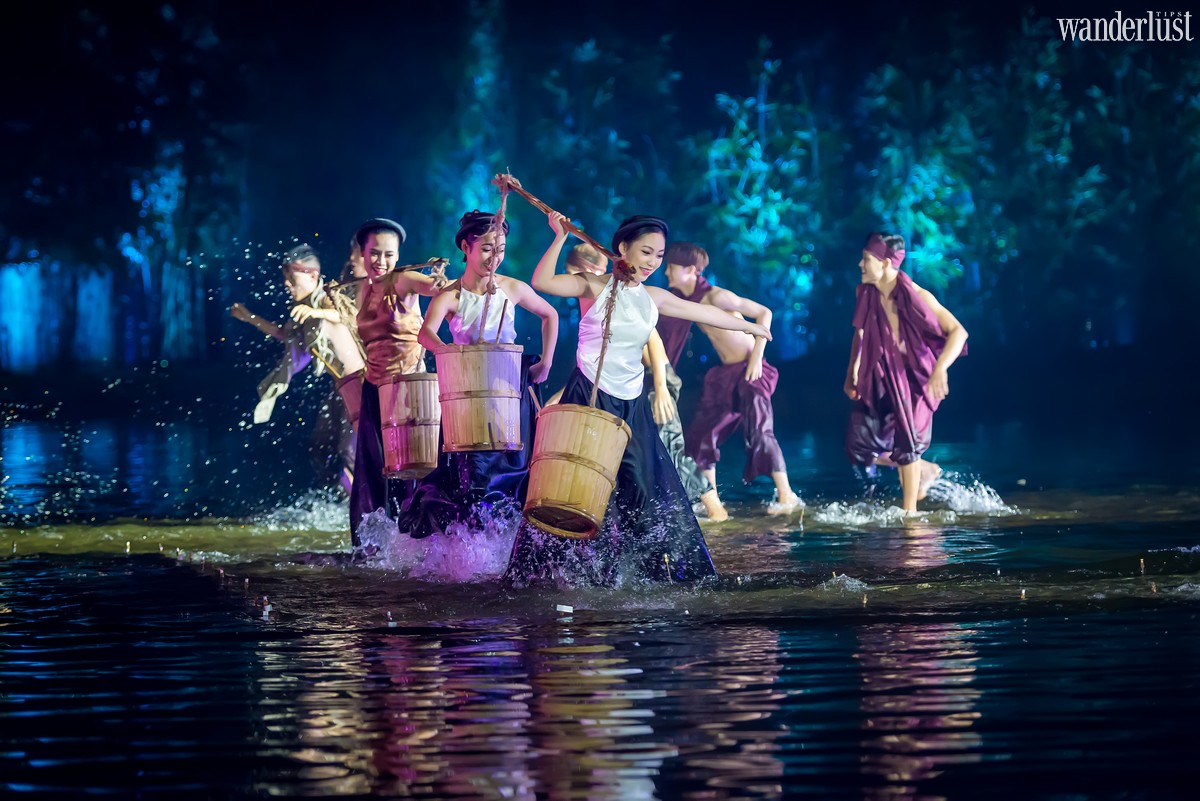 On the 4,300sq. m setting of the lake at the foot of Chua Thay Mountain, the stage of The Quintessence of Tonkin reveals a backdrop of charming natural scenery. The 250 performers include 150 local farmers stepping onto the stage to tell the story of their lives to the audience. The Quintessence of Tonkin is a live performance that combines traditional folk essentials without compromising elements of entertainment and performance in a modern style, with the aim of promoting the distinct cultural character of the North in authentic artistic expression.

Running three nights per week, the 60-minute performance showcases the distinctive culture of the North, VIetnam. This includes the world-recognised values of the worship of the Mother Goddess of Three Realms, Ca Tru, and Bac Ninh’s Quan Ho folk songs along with local people’s cultural lifestyle traditions embodied in Buddhism, music and painting, and festivals.

Established on October 28th 2017, The Quintessence of Tonkin is an award-winning world-class performance, widely known as a must-see cultural spectacle for all Hanoi visitors. In June 2018, the show received a gold trophy in the Asia-Pacific Stevie Awards in the category of Innovation in media, visual media and visual entertainment. The performance was also honoured by featuring in the documentary Destination: Hanoi on the US television channel CNN. In August 2018, The Quintessence of Tonkin continues its winning streak by receiving a brace of Guinness Vietnam Records for “The show with the largest water stage of Vietnam” and “The show with the largest number of peasant actors of Vietnam”.